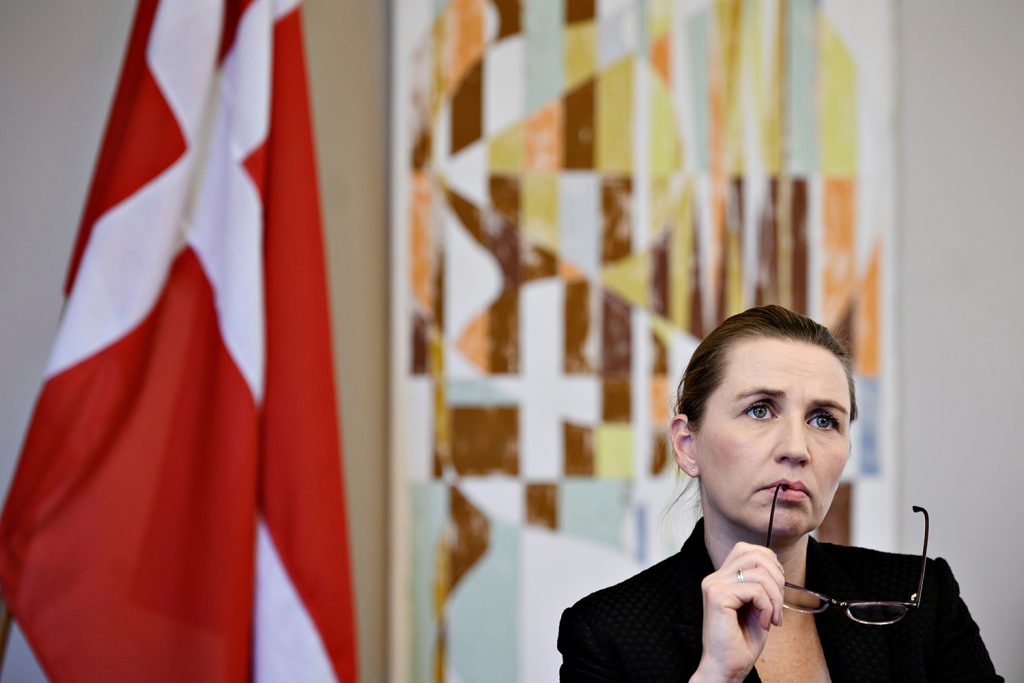 “Something’s rotten in the State of Denmark” is one of the most famous opening lines in all of Shakespeare’s works. However, today’s Denmark is just proving the opposite: there is something remarkably proper in the Kingdom.

A few weeks ago, Queen Margaret asked Danish citizens not to send her flowers for her upcoming 80th birthday on April 16, but rather focus on keeping one another safe during the pandemic. The country has been so far pretty successful in containing the crisis, implementing early and tough social distancing measures. As of April 28, the country has 8,851 registered COVID-19 cases, 434 deaths, and 6,121 recoveries in a population of 6 million, among the very best figures globally. Prime Minister Mette Frederiksen was unanimously granted strong powers to implement social distancing measures by the Folketinget (Parliament). Denmark is now among the first countries to introduce a gradual reopening of society, with the prime minister’s hands firmly on the brakes, should the trend go into reverse.

How Denmark and other democracies manage the crisis is critical for the future of our liberal-democratic way of life, especially in the face of an aggressive campaign by China to prove that authoritarian regimes are more competent in these emergencies. By spreading disinformation, lying about its own situation, exploiting weakness and cowardice of some politicians in our midst, and by employing surrogates, China is trying to use the pandemic to discredit democracy everywhere.

Denmark can be an important counterexample to Beijing’s dangerous line.

At a closer look, Frederiksen might come across as a brutal enforcer during the lockdown—and yes, she is pushing them to the limits. Leadership in a democracy should not be weak. How far she can go depends on her skills and political intuition, but more importantly also depends on the parties in the Folketing, a free press, and other checks on her power. There are no worries about an abuse of power or a runaway dictatorship even though there has been a state of emergency since the lockdown of Denmark on March 12.

Rather than seizing the moment to gain more power, Frederiksen she sees herself as the champion of liberal democracies. Her mission is to beat the virus and save as many Danish lives as possible. But she has another mission as well. One that is undeclared but clear: to prove that democratic and free societies, ones that cherish the freedom of speech and the rule-of-law, can indeed be as effective as any authoritarian country. And in the long run, they will be more resilient, more innovative, and stronger.

We are in the middle of the crisis, not at the end of it. But soon we will have to take stock and launch a bigger debate: how did our democracies fare in the crisis? We will have to be honest about the strengths and the flaws of our free societies. We must admit how greed has blurred our vision, if we had one at all, and how it resulted in unpreparedness.

Denmark’s effectiveness has been in part due to the strength of its healthcare system. Universal coverage for all citizens is not a recent invention and not unique in Europe. However, it is an important aspect of the fabric that makes Denmark’s democracy strong. Equal access for all to proper healthcare is a reflection of the cohesion and trust that has been nurtured by consecutive governments in Denmark through many decades, irrespective of political and ideological persuasions. Although some dismiss this as simple socialism, it is part of the social contract typical of the Nordic countries, which are fundamentally capitalist in nature.

Denmark—maybe special but not unique—is a case in point of how the fundamental notion of trust in democratic institutions, government, and each other, as well as solidarity, transparency and accountability, are a powerful blend which matter in a crisis. Simply put: Denmark’s success in handling the crisis so far is a result of years of resilience building and the firmness of its democracy. Once Denmark is out of the health crisis and begins the difficult process of economic recovery, its political leaders will have to prove that the trust in democratic institutions was earned and must work to ensure that social cohesion and their strong market economy will survive.

This is not just about Denmark. Norway, Finland, and Iceland have also been very successful in containing the outbreak, while Sweden’s novel approach will take some time to judge.

The Nordic countries have been leading the lists of best performing countries for a while. They themselves attribute this mostly to the high level of trust in society. For years now, we have been advocating the Nordic model of Denmark, Finland, Iceland, Norway, and Sweden as a source of inspiration and solutions for the United States as it faces social and economic challenges.

Make no mistake: the Nordic countries are capitalist societies. Like Americans, they believe in a competitive market economy, the rule-of-law, and the freedom of speech. And they are all believers in a strong transatlantic relationship.

But it is more important than ever to realize that they are not just fun places to visit where one can “learn the art of Danish  hygge” (which really is a nice, but silly proposition), visit the Norwegian Fjords, hang out at the Blue Lagoon on Iceland, visit a Finnish sauna, or check out the Swedish war ship Wasa.

We have reason to believe that the Nordics will be among the most successful in managing the crisis itself and especially in taming the social, environmental, and economic consequences in its aftermath. This should encourage the United States—across the political spectrum—to have a fresh look at its northernmost allies in Europe. The longevity of our citizens, and indeed the longevity of our democratic societies could depend on it.

Nauja Bianco, a Danish entrepreneur and analyst, is a former diplomat working with the Nordic Council of Ministers, the Ministry of Foreign Affairs of Denmark, and the Government of Greenland. Originally from Greenland, she has lived in the United States, Belgium, and Canada, and now resides in Copenhagen, Denmark.

Amb. Andras Simonyi is a nonresident senior fellow at the Atlantic Council and is a project director at George Washington University.

Ms. Bianco and Amb. Simonyi have been collaborating on a US-Nordic project resulting in the book “Nordic Ways” (2006) addressing broad societal questions of a transatlantic nature.