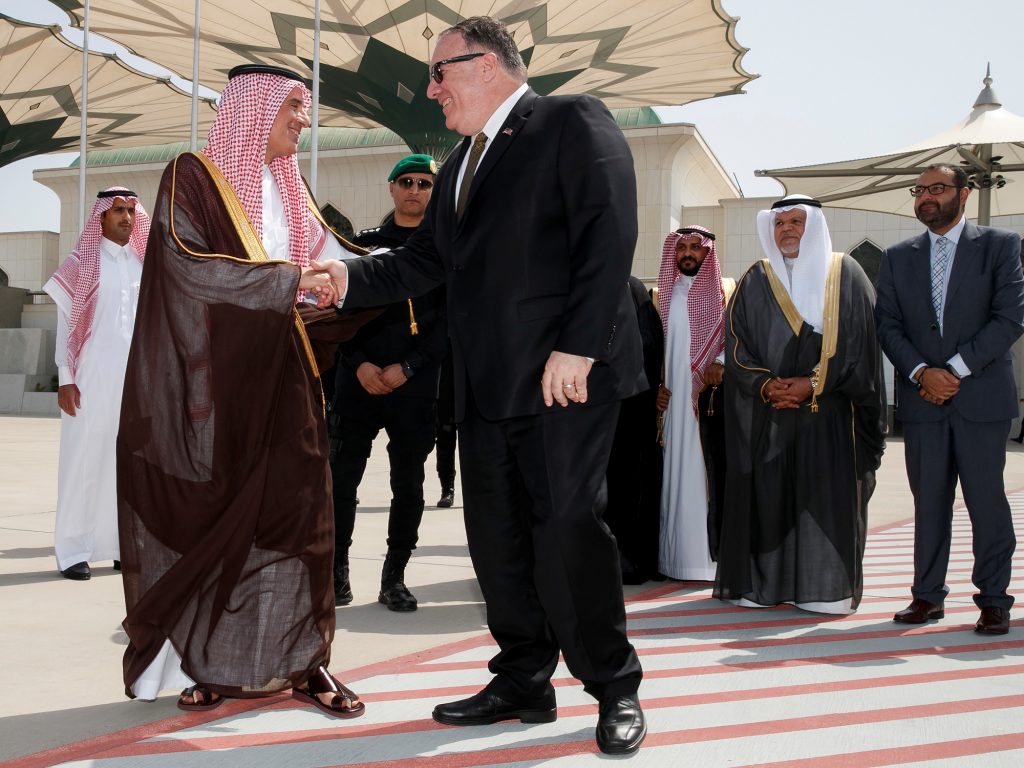 What was Iran thinking?

As the US administration doubles down on its claim that the attacks on Saudi Arabia’s Abqaiq oil production facility originated inside Iran, the first question is: why would Iran do this?

Why fire from their own territory, with full knowledge that it will drastically escalate the simmering tension with neighbors and the United States? Why, when they have perfectly good proxies within range of their target? Or do they?

Did the Islamic Revolutionary Guard Corps (IRGC) choose to conduct this attack themselves because they have not successfully trained any proxy group well enough to operate the platforms used? Because they have not successfully transferred equipment or technologies to the proxies due to disruption of their rat lines by multi-nation efforts? Because they do not trust their proxies enough to share the reconnaissance and surveillance intelligence necessary for accurate targeting?

Or is it because the regime intends to provoke the United States and partners into beginning kinetic strikes against similar critical infrastructure in Iran? If and when this happens, it is guaranteed that the Iranian regime will cry victim to the international community and will use the aggression from the outside as a means to rally support from the Iranian population, among whom they are not popular.

The regime is wounded and thus defensive. It is cornered and thus aggressive. There is no off ramp at the moment. It feels increasingly squeezed financially, pressured socially at home, and let down politically by the European inability to move US President Donald J. Trump. It must escalate or…escalate.

The regime believes that the world (especially Europe) blames Trump for US-Iranian tensions.  They were not reprimanded for previous blatant IRGC activity (e.g. Paris in June 2018, Gulf of Oman in June 2019) and do not expect to be admonished for this act of aggression or others that will likely follow.

Until the attack on Abqaiq, Iran’s leaders managed the relationship with adversarial countries like they manage their people: clamp down and cause a bit of pain when authority is threatened, then ease off to a point that lulls people into a feeling of safety. They are expert at achieving this homeostasis.

The conversation between US Secretary of State Mike Pompeo and the Saudi senior leadership this week in Riyadh will discuss forensic intelligence on the launch site of the strikes; the versions of the land attack cruise missiles used and the origins of their serial numbers; options for securing other points of critical infrastructure against a similar attack; and the second question we all have: what to do next.

Trump is more than likely hoping that Saudi King Salman and Crown Prince Mohamed Bin Salman repeat the pre-attack messages conveyed by son of the King and Deputy Defense Minister Khaled Bin Salman during his meetings in Washington three weeks ago: thumbs up to economic pressure on Iran; thumbs down to an all-out war.

While the context has changed, the reasons that a war is in nobody’s interest have not.

Iran cannot win a war against the United States. It is financially strapped due to sanctions and the status of its military readiness is just short of a Potemkin village. It has not focused on conventional warfare in twenty-five years and the arms embargos of 2007 and 2010 have prevented sufficient replacement of aging equipment.

But Iran continues to signal through its choice of targets that it could cut off all routes of oil export from the Gulf and cripple global energy markets. Saudi Arabia and other Gulf economies would be hamstrung, and their populations put in critical danger on the frontline of the conflict.

In the United States, Trump wants to avoid a war in election season. He knows that US voters do not support putting US lives at risk in response to an attack on fully repairable infrastructure in which there were no casualties. He made a campaign promise to pull the United States out of armed conflicts abroad, not enter new ones.

The only “winners” are potentially US oil producers and Russia, Canada, and Brazil, oil-producing countries without facilities in the Gulf.

In the current state of heightened tensions, two decisions made by Saudi Arabia in the past two days qualify as attempts at de-escalation. The international community should recognize and encourage this.

Perhaps taking a page from the UAE’s playbook on Iran’s mining of tankers this June, the Saudis chose to refrain from immediately backing the US assertion that the strikes on Abqaiq were launched from inside Iran. This was a signal to Iran that there was room for a well-crafted explanation of a rogue IRGC element acting without orders. It was an invitation to de-escalate.

The Saudis also chose to invite a UN investigation into the origin of the attacks. This extends the timeline to a response, allowing more time for strategic thought. It shows the Saudis are thinking about the value of having international opinion behind their response decision. This too should be recognized and encouraged.

This is how it will play out in Riyadh:

In the weeks and months following, Iran will continue to conduct low grade attacks on neighboring nations’ infrastructure. Targets will be carefully chosen (symbols that do not garner sympathy) to avoid inciting international ire.

Nobody is buying the narrative about Houthi involvement in this attack anymore. Insisting on it only makes the Houthis look more like a pawn in an Iranian destabilization game. Decision makers in Iran would be smart to seize the opportunity in coming days to bring the conflict back to their own place of comfort, a low grade, death-by-a-thousand-cuts state of hybrid warfare.

While Iran’s president and foreign minister laughed at the Russian president’s statement, Putin offer should been seen as a serious one.