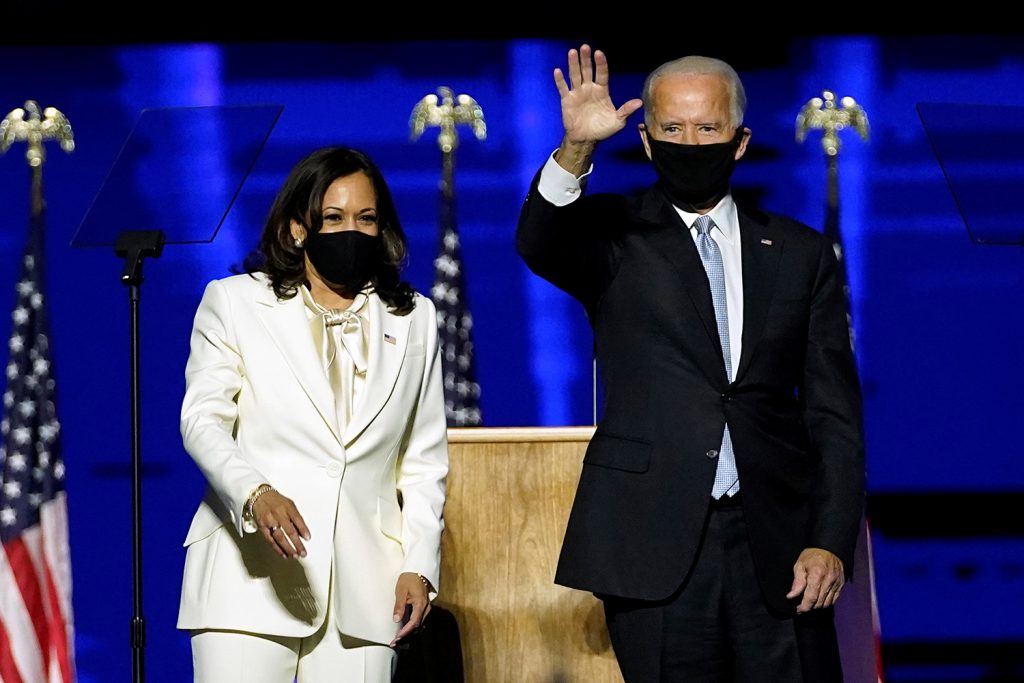 On the surface, the just-concluded presidential election of 2020 did not have much to say about America’s role in the world. Early exit polls found that voters’ top three issues were the economy, racial injustice, and COVID-19, whereas foreign policy barely registered. Some might worry that a United States that focused too much attention at home would be unable to lead abroad.

But Joe Biden’s victory could have far-reaching implications for America’s global role if he recasts US leadership in a new light. If the United States can demonstrate a capacity and will to tackle the most urgent challenges facing this country, it will be in a stronger position to work with others to solve global problems.

That point was not lost on the president-elect during his speech on November 7. From a podium in Wilmington, Delaware, where he addressed his socially distanced supporters exuberantly honking their car horns, Joe Biden acknowledged that “the whole world is watching America.”

“I believe at our best America is a beacon for the globe,” he continued, “And we lead not by the example of our power, but by the power of our example.”

A quarter century ago, a few discordant voices dismissed this approach as synonymous with “cowardice and dishonor.” They advocated instead that the US military serve as the primary instrument of American influence—and they mostly got their wish. But an entire generation of Americans who have grown up in the shadow of the post-9/11 wars are anxious for a different type of global engagement, one that relies on cooperation rather than coercion, and flexibility rather than force. And these voters between the ages of eighteen and forty-four, comprising 40 percent of the electorate, favored Biden over Trump by fifteen points (56 to 41), according to exit polls.

“On average,” the Chicago Council on Global Affairs reported in 2018, “younger American are less persuaded that maintaining military superiority is an important goal and are less confident in using military force as a general tool of foreign policy. Young Americans are also less supportive of the hypothetical use of military force in many specific instances…and in turn, less supportive of expanding defense spending.”

Such sentiments are not limited to the Millennial Generation or even the up-and-coming Gen Z. A survey taken by the Eurasia Group Foundation (EGF) before the election found that “a plurality of both Biden and Trump supporters believe peace is best achieved and sustained by ‘keeping a focus on the domestic needs and the health of American democracy, while avoiding unnecessary intervention beyond the borders of the United States.’”

This should hardly surprise. American taxpayers have spent trillions of dollars to build the world’s most capable military, but are dismayed by its inability to bring distant conflicts to a swift and favorable conclusion. Nowhere is that clearer than in the case of Afghanistan. Whereas direct negotiations with the Taliban might have once elicited howls of protest, nearly two in three Trump supporters (65.2 percent), and six in ten Biden supporters (61.3 percent), believed that the talks made good sense. In our bitterly divided electorate, ending the war in Afghanistan is one of the very few issues that enjoys strong bipartisan support.

More military spending, by contrast, does not. The EGF survey in September found that fewer than three in ten Donald Trump supporters favored increasing military spending, but Joe Biden supporters were even less enamored of the idea, with a plurality (47.8 percent) favoring cuts over maintaining the Pentagon budget at current levels (39.3 percent).

This spells trouble for those who still believe that US military power is the sine qua non of American global influence. Independent analysts estimated in 2018 that the Pentagon would need substantially more money to execute the Trump administration’s National Defense Strategy, but could not identify where that additional money would be found. Higher taxes are unpopular with Republicans, and Democrats want more money for domestic priorities. If the Pentagon’s budget is unlikely to grow, the Biden administration will need to rebalance the foreign policy toolkit, and rethink what it expects the military to do.

Setting priorities entails assessing what goals the United States is trying to achieve and the proper mix of measures it should employ to achieve them. Decisionmakers must wisely and efficiently allocate resources where they are most needed, and where they can be most effective. Past presidential administrations have struggled with this, in part because they have become intoxicated by the belief that US power can singlehandedly transform the world. A nation with limitless opportunities, they argued, need not be constrained by mundane considerations of costs and benefits. That mindset ignores US public opinion, which genuinely does want to solve problems with others, and too often denigrates the contributions that others can make to preserve their own security and address common problems. The incoming Biden administration should welcome a new international order in which the many beneficiaries of peace and prosperity can make a meaningful contribution to securing these gains.

Leading by example also entails demonstrating a genuine concern for the interests of others. It incentivizes playing by the rules and rejects Donald Trump’s transactional, my-way-or-the-highway approach. President-elect Biden reportedly plans to issue a series of executive orders on the first day of his presidency to reverse Trump’s decision to pull the United States out of the Paris Climate Accord and withdraw from the World Trade Organization. He should also revisit the Joint Comprehensive Plan of Action, the Iran nuclear deal supported by key allies such as the UK, France, and Germany.

A recent article affirmed that Americans wish to remain engaged with the world, noting that “foreign policy officials and experts consistently imagine the public to be far more isolationist and hostile to internationalist policies than it actually is.” To be sure, Americans are anxious to solve our most serious problems here at home, but that does not require us to turn our backs on others. By setting priorities, demonstrating a basic competence to put our own house in order, and allowing US allies and partners to take the lead in certain areas, the Biden administration can go a long way toward crafting a new model of US global engagement that can win support among a wide swathe of Americans.

Christopher Preble, co-director of the New American Engagement Initiative in the Atlantic Council’s Scowcroft Center for Strategy and Security.

A Biden victory provides an opportunity for Americans to regain their appetite for compromise at home to tackle the country’s most pressing challenges and for international common cause to safeguard the gains in democracy and prosperity of the past seventy-five years.

Joe Biden has amassed enough votes to become the next president of the United States, on a platform that included restoring America’s fraying relationships around the world. Here’s what the countries on the other end of those relationships can expect next.