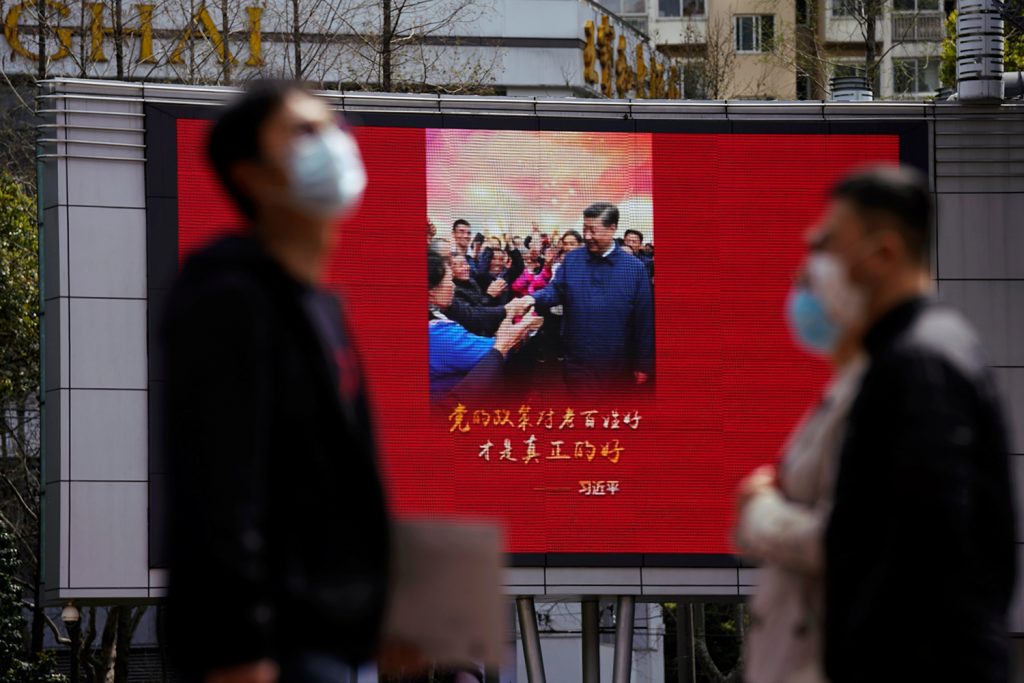 In a COVID-19 world, the nation that takes the lead in safeguarding public health and champions novel pandemic prevention standards will be the future world leader. Because the United States was not properly prepared for an outbreak of this magnitude, it now finds itself entangled in a great power competition for the first time since the fall of the Soviet Union. However, this time the United States is competing with China—not Russia—to establish global supremacy. It falls upon the United States to pioneer a strategy that will set the global standard for public health with the goal of preventing future pandemics and outbreaks.

This strategy should include the United States utilizing its already proven-successful sanctions toolkit to incentivize countries to safeguard public health and punish those who do not choose to do so. For context, the United States began using sanctions as a serious deterrence tool against terrorists after 9/11. The Patriot Act provided the tools necessary for the executive branch to pressure foreign financial institutions that threatened the integrity of the US banking system. In particular, Section 311 allows the US Treasury to monitor and prohibit correspondent banking with financial entities that sponsor terrorism and label them as primary money laundering concerns.

Instead of reinventing the wheel, the United States can impose 311-like sanctions against countries and territories deemed public health threats to the global community. Beyond State Department travel warnings and advisories, the current sanctions regime is not able to currently punish countries or jurisdictions for threatening the health of the global community. There would have to be a new executive order outlining the consequences for severe public health violations or a piece of legislation akin to the Patriot Act for punishing actors who let pandemics go unchecked. Both would have to outline criteria against which locations would be judged to determine whether they should be labelled as primary public health concerns.

Public health sanctions should be deemed just as significant of a national security priority as sanctions against Iran and North Korea. In a globalized world, a territory’s poor public health standards or purposeful concealment of information about pandemic activity is practically an act of war against the rest of the world. As such, it makes sense that this negligence warrants economic sanctions consequences on par with those used to punish terror finance violations.

Some may argue that 311 sanctions have only been used in one context and question how this type of sanction can be deployed to achieve a different type of goal. It is true that 311 sanctions have only been successfully used to target primary money laundering threats. For example, in 2011, the Obama administration imposed 311 designations on the Central Bank of Iran, thus making it very difficult for Iran to sell its oil abroad since most energy transactions are conducted in dollars. Isolating Iran from global markets was instrumental in forcing negotiations with the United States over its nuclear-weapons program.

This same theory could be applied to entities or jurisdictions that expose the global community to pandemic-like threats. If an entity in a certain country was responsible for introducing a novel virus to the world, the United States could impose Section 311-like sanctions to isolate the responsible party and render it powerless. Further, and perhaps more importantly, if a nation or region chose to conceal information essential to combating a pandemic, the United States should be able to sanction that territory with the goal of inflicting enough economic damage to compel transparency.

There are, of course, third world countries that are very poor and lack the appropriate current public health infrastructure to implement pandemic prevention programs. These would require additional public health training and financial assistance to improve standards. For this reason, public health sanctions would have to be applied on a case-by-case basis taking into account the other countries’ abilities to improve health standards on their own. The goal would be to implement a public health action plan for countries that need drastic improvements to prevent outbreaks and pandemics but cannot necessarily afford to do so without assistance.

Aside from the carve out mentioned for third world countries, new public health sanctions modeled after Section 311 should be put into place to ensure countries are proactive and transparent regarding public health and pandemics. If we are to continue to live in a globalized world, it is incumbent upon us to set an example for the international community in taking pandemic prevention seriously and doing everything in our power to prevent future outbreaks.

That is the stick—what about the carrot? The United States should leverage its influence at the International Monetary Fund (IMF) and World Bank to ensure health transparency is part of conditionality for all lending or grants. Already new conditionality around terrorist financing and money laundering is being incorporated into IMF programs. As we clearly see, public health threats are just as dangerous.

Michael B. Greenwald is director at Tiedemann Advisors. He is a fellow at Harvard Kennedy School’s Belfer Center for Science and International Affairs and a senior adviser to Atlantic Council President and Chief Executive Officer Frederick Kempe. From 2015-2017, Greenwald served as the US Treasury attaché to Qatar and Kuwait.

Lift Iran sanctions, but hit back hard if necessary

Only by suspending sanctions explicitly and across-the-board can the United States make a critical point directly to the people of Iran: Americans care about your health and well-being, even as your rulers suffocate you with breathtaking incompetence, bottomless corruption, and an appetite for violent aggression that wastes vital resources for the benefit of the lowest political lifeforms in the Arab world.