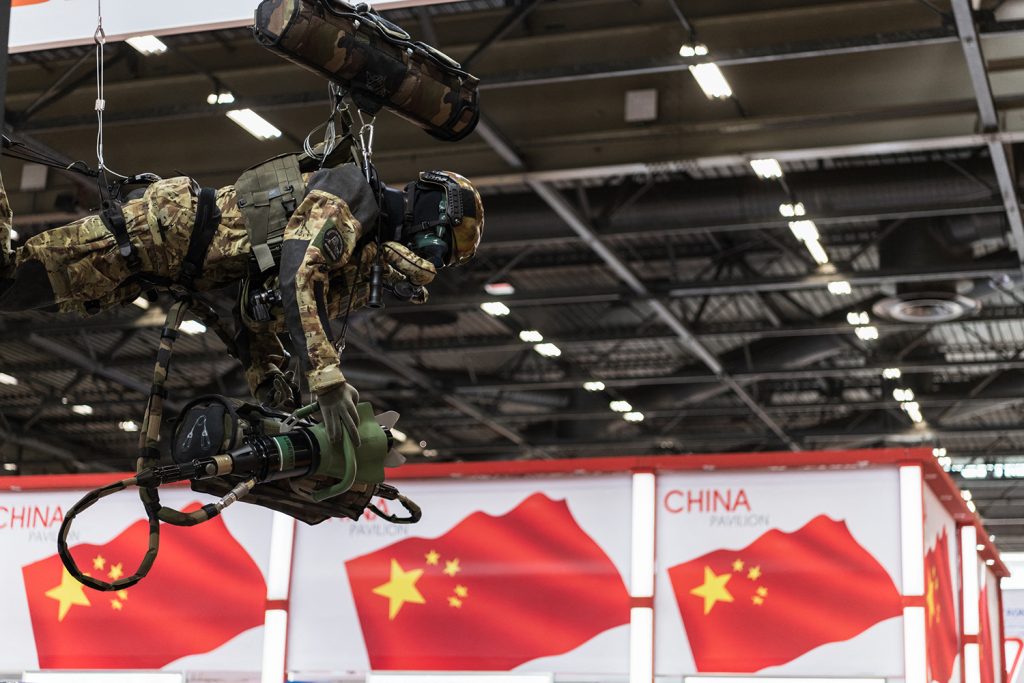 At the cusp of the 21st century’s third decade, we find ourselves wrestling with a resurgence of great-power competition. China is challenging the United States in ways the old Soviet Union or present-day Russia could only hope to do. Beijing’s leadership class is leveraging the country’s massive population––five times that of the United States––as well as central party control to synthesize commercial output with government objectives and achieve economies of scale that allow it to saturate the world with cheap but “good enough” military technology. This is a long-term strategy that will permit China to dominate the global defense market while undermining other countries’ ability to produce military technology in-house. An effective response from Washington will require a different approach than what was successful in the Cold War.

A successful US strategy mirroring past success will be hampered by the simple fact that its manufacturing base is no longer what it once was. Not only have industrial jobs from cameras to cars to coal collapsed since the turn of the century, but so has capability in the defense industrial base. The United States is severely constrained in the number of ships it can produce, there is only one plant that produces large caliber cannons, and the semiconductor industry has nearly vanished. This is due to outsourcing and automation, yet it is also due to a concerted effort by the Chinese government, among others, to dump their own quality goods at artificially low prices onto the global market. This is a strategic effort with the goal of driving out US suppliers to the point where only Chinese producers dominate a specific market.

Compared to the era when the United States was locked in competition with the Soviet Union, the Pentagon’s research and development efforts have dwindled. During the early 1960s, a third of global research was conducted by the Department of Defense (DOD). That figure has withered to 3 percent today. Meanwhile, US technology companies, embodied by Silicon Valley, are global leaders in many innovative areas that are relevant to national security, such as cyber security, advanced electronics, and even quantum technology, depending on who you ask. Yet the Pentagon’s efforts to take advantage of the United States’ innovations are hampered by a combination of out-of-date regulations and poor adoption of new rules meant to ease accession of commercial technology. The DOD has not adapted to the emergence of industry as the driver of innovation.

What is worse, Washington has made it exceptionally difficult for its overseas friends and allies to do business with the United States. Recent changes to the way the United States develops technology with a handful of its closest allies have been heartening, but it remains to be seen if the State Department’s sclerotic export-control regime will be reformed sufficiently to allow allies to buy technologies not named “F-35.” And if Washington cannot work with its allies, and cannot succeed without leveraging their capabilities, then any National Security Strategy is stillborn, no matter how eloquent.

The US Congress has been working closely in recent years with the Pentagon and the defense industry to attempt to address these problems. There are glimmers of improvement, starting with Other Transaction Authority reforms in the 2016 National Defense Authorization Act, along with the National Technology Industrial Base legislation and the nascent Trusted Capital Marketplace program that kicked off this year. Yet such reforms are hardly adequate to the task at hand. For example, the Trusted Capital Marketplace program launched in late April caught many senior Pentagon leaders by surprise, as evidenced by their general confusion about what it was actually supposed to do.

These issues bleed into Washington’s relationships with allies—especially the United States’ most trusted partners, Australia, Canada, and the United Kingdom. Despite the fact that these four countries are members of a joint national security manufacturing effort known as the National Technology Industrial Base, their relationship is beset by dated export-control practices that subject individual parts of a weapon system’s many components to a detailed review, thus making their expedited approval nearly impossible. As Bill Greenwalt argues, this issue mirrors the poor incentive structure that repels Silicon Valley from doing business with the Pentagon, in that it is not in companies’ financial interest to navigate such a Byzantine procurement process. Washington’s inability to integrate its trusted industrial partners reinforces an autarkic “Fortress America” approach that simply isn’t sustainable given the diffusion of military technology into the commercial world.

Until these challenges are overcome, the success of the United States and its industrial base will be held at risk by adversarial capital, in other words, investment from foreign entities such as Chinese state-controlled funds, intentionally designed to undermine US military technology advantages.

To succeed, a more expansive Trusted Capital Marketplace (TCM) should be executed that fulfills Section 1711 of the 2018 National Defense Authorization Act. This mandates that a pilot program be established to support the manufacture and production of emerging defense and commercial technologies. In addition, Executive Order 13629 directs the Federal Government “to maximize the Federal Government’s ability to develop local partnerships in the United States to support homeland security priorities.” The strength of the TCM comes from its potential to capitalize on an innovation ecosystem within and beyond the United States using a simplified acquisition approach. Collectively, the TCM and the executive order have the potential to establish a path for innovative US businesses to more easily conduct business with the Pentagon.

Today’s geopolitical landscape has evolved faster than the ability of the US government to adopt new, critical technologies. Washington’s once unrivaled military strength is now increasingly challenged by that of its adversaries. To stay ahead, the United States must restructure its relationship with commercial companies by reducing regulation that hinders innovation, speed, and the ability for private industry to access government contracts. Failing to do so overlooks the one commodity greater than money that no one can afford to lose: time.

Stephen Rodriguez is a senior adviser at the Atlantic Council’s Scowcroft Center for Strategy and Security. He is also a partner at One Defense and senior innovation adviser at the Naval Postgraduate School.

In an era of great-power competition, procurement reform not more regulation for the defense industrial base

What strategic gains can DoD realize from being a better customer? Given the reluctance of the US commercial sector to engage in defense work and the speedy innovation of our rivals, reform is needed.

Leveraging the National Technology Industrial Base to address great-power competition

The purpose of this report by William Greenwalt is to promote urgent deliberations over what a modern National Technology and Industrial Base should look like, and to encourage Congress and the administration to adopt measures that will enable access to defense-industrial resources that are more responsive to the needs of the National Defense Strategy.

Image: A dummy wearing military outfit in front of the China booth during the Milipol Paris 2019, an international exhibition fair for army and security forces and equipment suppliers located in Villepinte, north of Paris, France, November 19th, 2019. Photo by Daniel Derajinski/ABACAPRESS.COM