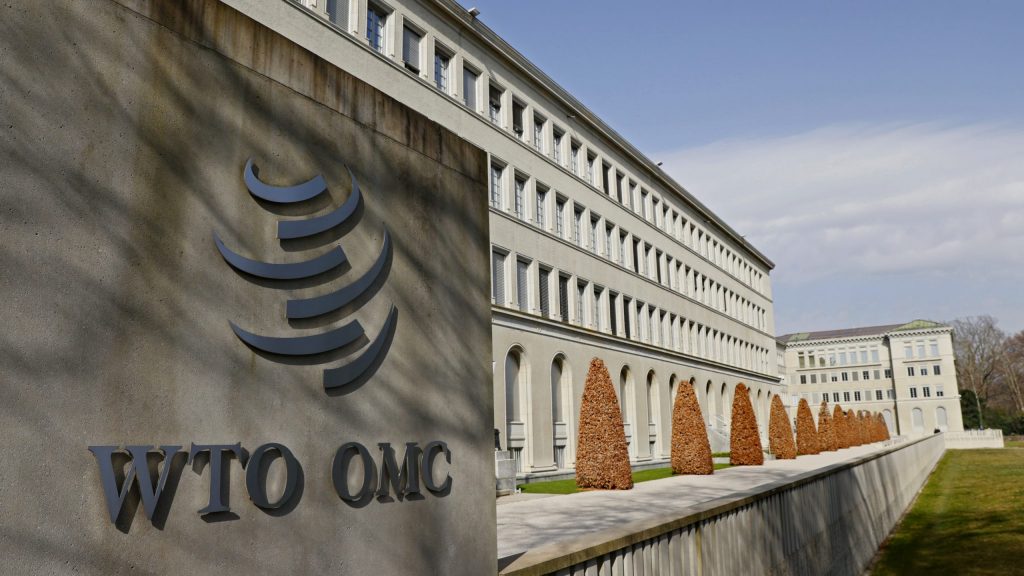 When I began my career as a trade negotiator—a path first forged through my participation in the so-called Uruguay Round of multilateral talks that led to the creation of the World Trade Organization (WTO)—I reveled in the rich post-war history of the General Agreement on Tariffs and Trade (GATT), the WTO’s predecessor. Remarkable efforts steered global trade toward open, liberal markets through consensus-building efforts—the modus operandi of this global system from its birth in 1947 to the present day. Western allies sought to rebuild entire economies and promoted open markets as a direct challenge to the Eastern Bloc’s pursuit of communism on a global scale. By and large, they succeeded.

But seventy-five years after its creation, the WTO is much-changed from its early GATT days and the Cold War maneuvering of the United States and the Soviet Union. While this system has achieved nearly universal participation, its membership has been unable to develop a consensus on new rules for twenty-first century trade. China, for instance, is being called out for undermining WTO rules and engaging in unfair trade to the disadvantage of much of the world. As many members have turned to regional and bilateral frameworks instead of focusing on the multilateral foundation embedded in the WTO, a chorus of questions about the WTO’s relevance has built to a crescendo.

While I generally avoid losing sleep over the future of the WTO, I’ve joined in this debate about how it might return to central relevance in global trade. My pondering and periodic epiphanies have been wide-ranging and even in conflict over time (and there has been plenty of time to reflect, given all the years the WTO has spent negotiating new rules with only occasional success). Simply put, a variety of existential questions come to mind:

To put things in perspective, it’s not all bad news. Plurilateral approaches to negotiating, in the form of joint-statement initiatives, are making slow progress—including recent agreement among sixty-seven WTO members on regulation of services trade, as well as the headway made in ongoing negotiations on electronic commerce. But the highest-profile multilateral negotiations among all WTO members—those on fisheries subsidies and a waiver for patents on COVID-19 vaccines—continue dragging on. The former, which could be a huge game-changer in improving the state of global fisheries, began twenty years ago.

It’s easy to find things to grumble about. Future agriculture negotiations are beginning to take shape, but these too are highly contentious, even as new global heavyweights in agricultural trade, such as India, double down on their subsidy programs. Ironically, negotiations to reform the dispute settlement system and bring the WTO appellate body back into operation are held up by a lack of meaningful engagement between the United States and much of the rest of the membership. That has to change if the Biden administration is to fully reestablish US credentials as a WTO leader.

The White House has, for its part, picked up where the Trump administration left off in discussing how to tackle China’s anti-free-market behavior—namely subsidies for state-owned enterprises and forced technology transfers—and whether this might involve the WTO. But while a trilateral process is underway with the European Union and Japan, there is no clarity on what comes next, or how any such negotiations might begin in the WTO.

I now lean toward the opinion that the WTO would be best served by simply continuing to do what it does best: act as the repository and secretariat of an existing body of trade rules that have a certain timeless and enduring quality (such as nondiscrimination, transparency, and fair treatment); provide venues for discussing, even arguing about, specific examples of non-implementation of these rules; offer a structure to bring and resolve disputes; and encourage sharing of perspectives on emerging trade issues, such as digital trade and responses to global pandemics.

But this perspective doesn’t provide any answers to questions about whether the WTO can negotiate new, updated rules or enforceable commitments for new trade liberalization. In fact, this may be a moment to develop more realistic expectations about the prospects of reaching new trade agreements—and to avoid characterizing the WTO’s relevance based solely on its ability to succeed at negotiation.

As a US trade negotiator, I spent many years working on a variety of issues at the WTO headquarters in Geneva, and frankly, the results that emerged from these efforts were quite limited. Ideally, there will be new agreements in the near term, but these too will likely be incremental successes rather than a WTO reform overhaul. I believe it would be imprudent to focus all hopes on negotiation successes—or to declare the WTO in crisis if it experiences more failures.

Repeated references to WTO reform in ministerial or leader statements (whether in the Group of Twenty (G20), Group of Seven (G7), the Organization for Economic Co-operation and Development, or a variety of other settings), will not change things on the ground. By perpetuating references to crisis and reforms, WTO members, journalists, academics, think-tank types, and others discount the importance of what’s already in place: rules and an institutional structure that underpin nearly every trade relationship that exists in the world, whether bilateral or regional, even where a preferential free trade agreement is in place.

Notions of a WTO in crisis can generate harmful suggestions that it should be abandoned and replaced. Though that day may yet come—especially if China’s undermining of WTO rules continues—much would be lost. Better to scale down the rhetoric suggesting WTO collapse now and recognize the organization’s decades-long legacy and continuing utility.

Mark Linscott is a nonresident senior fellow at the Atlantic Council’s South Asia Center and the former assistant US trade representative for South and Central Asian Affairs, and WTO and Multilateral Affairs. 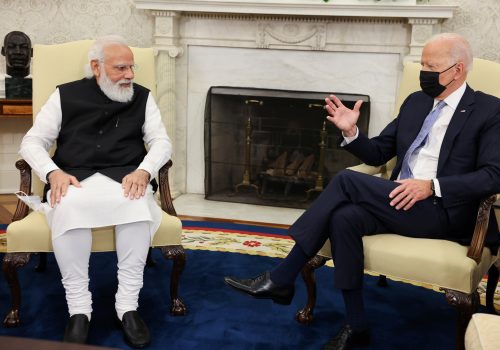 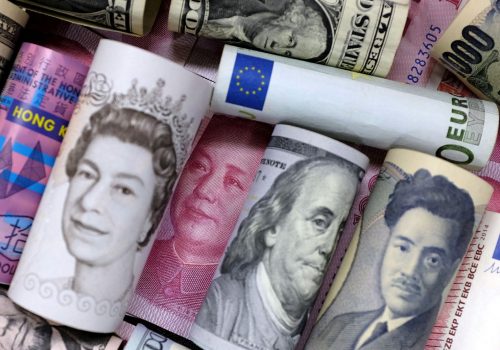 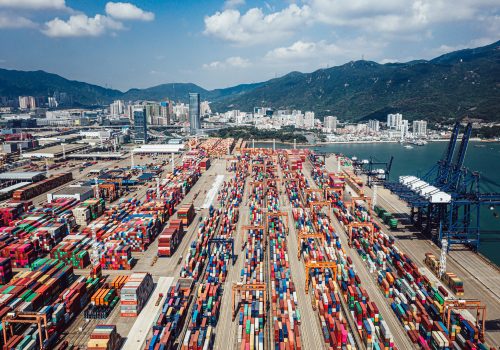 The RCEP ratification and its implications

On January 1, 2022 the Regional Comprehensive Economic Partnership (RCEP) trade agreement will go into effect. When it enters into force, the partnership will be doubly historic: it will be both China’s first multilateral trade agreement and the world’s largest free trade agreement.

Image: A logo is pictured on the World Trade Organization headquarters (WTO) in Geneva, Switzerland, March 4, 2021. Photo by Denis Balibouse/REUTERS