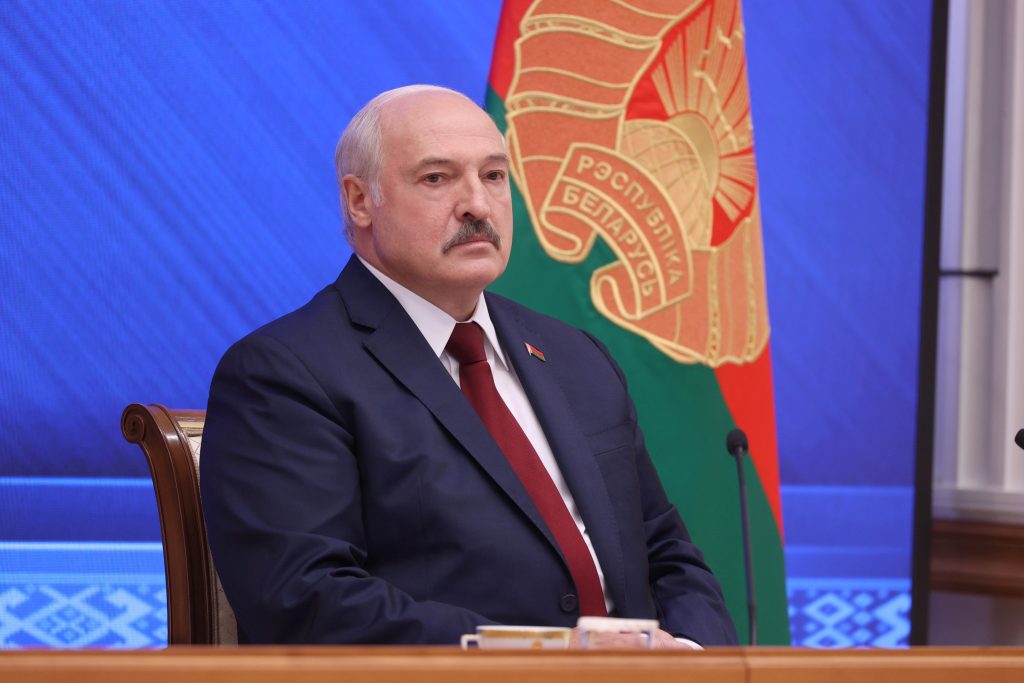 With a new round of sanctions against Belarusian strongman Alyaksandr Lukashenka—timed to mark the one-year anniversary of his fraudulent re-election—the United States has finally pulled itself off the sidelines and reentered the game. Coinciding with parallel sanctions packages by the United Kingdom and Canada, the measures take aim at a range of officials and companies with close political and economic ties to the man who’s drawn global ire.

A reasonable set of targets, the sanctions are welcome news for opposition leader Sviatlana Tsikhanouskaya and her pro-democracy movement. But are they powerful enough to rattle Lukashenka?

That’s certainly what US officials hope by sanctioning twenty-three individuals and twenty-one entities the Treasury Department has labeled as his “wallets.” Going after them punctures the sense of impunity around Lukashenka and his team, a demand voiced by the Belarusian democratic opposition. Some of the individuals were targeted as the result of input from independent Belarusian groups. That may show the president’s network and Belarusian society more broadly that the West knows who’s who in the Lukashenka hierarchy.

By targeting Absolutbank, Washington has put Lukashanka’s “energy wallet” in its crosshairs, in addition to two other networks of presidentially linked companies. State-owned company Belaruskali, a major potash exporter, also made it onto the list, which goes beyond the more narrowly tailored sanctions from Brussels and closes some loopholes in the European Union (EU) regime that has been criticized as easy to circumvent.

Also sanctioned were members of the security services, sports officials—following the Belarusian Olympic Committee’s attempt to essentially kidnap and repatriate one of its Olympic athletes in Tokyo who instead took refuge to Poland—and authorities associated with the forced landing in May of a Ryanair flight carrying a prominent dissident.

Lastly, the new executive order is much broader than the outdated, and limited, one from 2006 under which other Belarus sanctions were imposed. As sanctions policy veterans, we read the new executive order as providing more flexibility to to target Lukashenka and his regime, including by the sectoral sanctions construct that has been used in Russia and Venezuela. The headroom the administration has provided itself will be a powerful signal to Minsk.

Still, the administration left viable options on the table.

The sanctions stop short of restricting Belarusian sovereign debt, failing to match the EU measures announced in June and the UK package announced today. This gap is both unfortunate and unnecessary. The Biden administration may have wanted to keep this option in reserve, perhaps borrowing from former Treasury Secretary Jack Lew’s warning against casual escalation as a deterrent. But that wisdom makes less sense when the US falls behind its allies (Lew was also a major proponent of acting in tandem with partners).

Although leaving room for future escalation is understandable, this should have been a moment for the United States to demonstrate a united front with the EU, UK, and Canada—especially given Lukashenka’s continued and extra-territorial aggression. The threat of additional sanctions is credible only if Lukashenka believes Washington will actually follow through. That said, the administration may well revisit this issue in the likely event that Lukashenka provides ample cause. The sanctions package, like the EU’s and UK’s, also avoided going after Russians involved in repression against Belarusians. We recommend that the US deploy these sanctions the next time there is cause for action and ensure that Washington (at least) matches the sanctions its partners impose.

Shortcomings aside, today’s measures include significant targets and lay a foundation for future moves. Despite the differences in sanctions packages, Western leaders remain strategically united on Belarus, and the coordination in timing with the UK is welcome.

But it’s not just about sanctions.

The transatlantic democracies need to back up their allies Lithuania and Poland, whose governments are providing shelter and support to Belarusian activists, including leaders of the democracy movement. Ukraine also deserves attention, especially after the mysterious August 3 death of Vital Shyshou, a Belarusian democracy activist in exile in Kyiv. US and European supporters of Belarusian democracy—governments and non-governmental organizations alike—should deepen their investment in that country’s democracy movement. With their significant funds, the United States, EU, and UK should match in financing what the Poles, Lithuanians, and others have provided through their experience of successful democratic resistance.

Experience suggests that tactical patience and realism is needed—but so is strategic determination. After a year of fighting at home and abroad, the Belarusian democratic opposition appears organized, determined, and courageous. We cannot let them down.

Brian O’Toole is a nonresident senior fellow with the Atlantic Council’s GeoEconomics Center. He is a former senior adviser to the director of the Office of Foreign Assets Control at the US Department of the Treasury. Follow him on Twitter @brianoftoole.

FAST THINKING: Dead activists, fleeing Olympians, and jailed journalists: Is this the new normal for Belarus?

Experts Melinda Haring and Doug Klain from the Atlantic Council’s Eurasia Center explain what’s behind the regime’s latest illegal actions abroad and discuss what’s ahead for Lukashenka in Belarus as we approach the anniversary of the dictator’s illegitimate reelection.

Sviatlana Tsikhanouskaya on Belarus’ future and her place in it

“I’m not going to participate in new elections,” Tsikhanouskaya said at the Atlantic Council. Instead, she wants to see a new free and fair election and a self-sustaining democratic movement in Belarus.