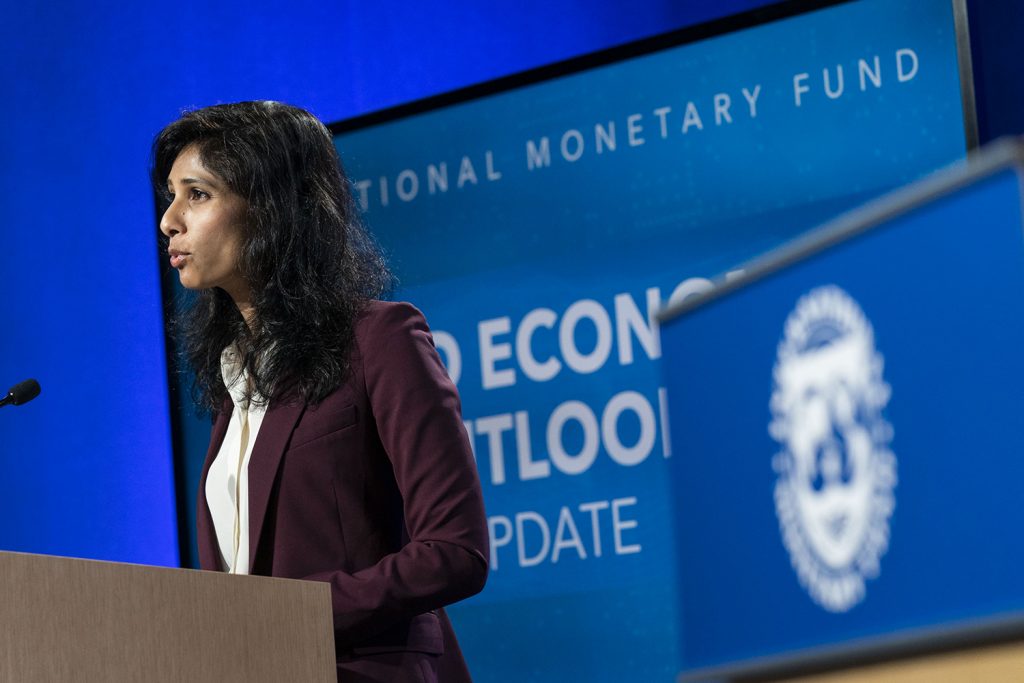 Governments are confronting the double trauma of the COVID-19 pandemic and a prolonged global recession with every monetary and fiscal measure in their arsenals. But as the pandemic continues, policymakers may also be forced to come to grips with a debt crisis centered in emerging market economies. It would be a crisis for which the international community is ill prepared—especially on the crucial issue of binding private sector lenders and investors to any debt-restructuring solutions.

An emerging market debt crisis, the likes of which the world has not seen since 1982, would be a blow to billions of people who have benefited from decades of strong economic growth and rising prosperity. It would raise the prospect that some countries could drop down the rungs of the development ladder, wiping out gains that have helped sustain the global economy since the Global Financial Crisis. The emerging markets’ debt burdens also are far larger than those that left their low-income brethren in Africa exposed when the pandemic hit. Many of those poorer countries have had no choice but to seek relief on their obligations through a G20 debt moratorium initiative.

The rapid build-up of debt in emerging markets predates the pandemic. Low interest rates in the United States and Europe, and a benign global economy, turbocharged borrowing by emerging markets across the board—Brazil, Argentina, Turkey, South Africa, Saudi Arabia, and Egypt being the most prominent. Some emerging market countries already are facing a debt crisis, largely because the pandemic hit when they were in dire economic straits. Ecuador and Argentina have recently agreed to debt restructuring with their creditors, and Argentina already faces renewed questions about the sustainability of its restructured debt load.

As the global economic downturn lengthens, other countries inevitably will feel the pressure: the Institute of International Finance (IIF), an association of the finance industry, is closely watching developments in several countries, including Turkey and South Africa, the latter of which recently turned to the International Monetary Fund (IMF) for assistance for the first time in twenty-seven years. Even growth leaders in Asia like India and Indonesia are feeling the pressure from investors who are pushing back against record increases in government borrowing. Perversely, there appears to be investor appetite for emerging market assets, with data showing that countries issued $119 billion of foreign currency-denominated debt by September of this year.

The debt of emerging markets of course pales by comparison with the trillions of dollars of debt that advanced economies have taken on since the pandemic hit. But the emerging markets do not have the deep pockets of the reserve-issuing central banks in the United States, Europe, and Japan. The implications of the worldwide debt buildup are not lost on the international community. Kristalina Georgieva, Managing Director of the IMF and two colleagues underlined the problem in a recent article about the looming crisis: “(A)bout half of low-income countries and several emerging market economies were already in or at high risk of a debt crisis, and the further rise in debt is alarming. Just as they are starting to recover from the pandemic, many of these countries could suffer a second wave of economic distress, triggered by defaults, capital flight, and fiscal austerity. Preventing such a crisis can make the difference between a lost decade and a rapid recovery that puts countries on a sustainable growth trajectory.”

One issue worrying many emerging market governments is whether they will face the same treatment from the markets that African countries now are facing from institutional investors. Despite the Group of Twenty (G20) debt relief initiative, bondholders and other creditors—especially those who have extended large collateralized loans to oil exporters—are insisting on prolonged, case-by-case restructuring negotiations. This experience is instructive for emerging markets, and chilling for the still-fragile global economy.

Because of the private sector’s resistance to blanket debt relief, governments of poor countries have had to make billions of dollars of payments to private creditors during the pandemic. In other words, money made available by G20 forbearance to respond to the pandemic is instead going out the door to investors and lenders. Credit rating agencies and the industry associations like the IIF have not been willing to build a case to support a blanket moratorium for the indebted countries.

The G20 is expected to announce an extension to its moratorium through 2021 when finance ministers meet next week during the IMF-World Bank annual meetings. But the G20 should go further by tasking the Paris Club—representing many advanced economy lenders, but not China—to set up a creditors committee comprising multilateral financial institutions, governments and the private sector to address the issues of debt resolution.

Such an approach could provide the means to respond to an emerging market debt crisis. It would also provide a way to induce China, one of the largest lenders to developing and emerging-market countries, to be more transparent about its debt negotiations, an issue that Group of Seven (G7) ministers addressed last month. As a start, the IMF-World Bank meetings next week should focus urgent attention on this issue. The Bretton Woods institutions have the convening power to bring CEOs from banks and asset management companies to the table. They are in a unique position to determine a viable path forward, with the Paris Club serving as the channel for resolution.

Oceans of ink have been expended on the problems that bondholders pose for heavily indebted countries, and these obstacles likely will re-emerge for emerging market countries. Many bonds contain collective action clauses (CAC) that simplify the process of gaining bondholder agreement on a restructuring. But CACs are not universal, especially in syndicated loans and bonds issued by state-owned enterprises and other “sub-sovereign” entities.

In addition, existing bond agreements do not offer terms for missed payments short of declaring a default. That is an issue that will be difficult to renegotiate, but if bondholders see that international banks are prepared to provide some relief, perhaps they will also be open to the idea of swallowing longer-dated bonds where interest payments kick in later. This also is an issue that will require the involvement of governments along with the private sector.

All of these problems will be magnified if more emerging market debt becomes distressed. In the midst of the pandemic, the overriding problem will be time. It is essential to avoid a protracted debt stand-off involving systemically important emerging markets and their creditors.

Clearly, emerging market debt is in a different category from low-income country debt. But tackling the issues plaguing one class of debt—in this case Africa’s debt burden—can provide the building blocks to address the bigger debt issues that could emerge in emerging markets. The global economy is too weak to wait for another full-blown financial crisis to erupt. Now is the time to anticipate solutions.

Jeremy Mark was a senior communications adviser and speechwriter to the IMF management team and previously an award-winning reporter for The Asian Wall Street Journal. His Twitter handle is @jedmark888

Vasuki Shastry, formerly with the IMF and Standard Chartered Bank, is an associate fellow at Chatham House and author of “Resurgent Indonesia – From Crisis to Confidence.” His Twitter handle is @vshastry

Credit rating agencies should offer a nuanced understanding of the unique needs of African nations. The G20 and global regulators have the power to persuade international investors that a little forbearance could save lives and livelihoods