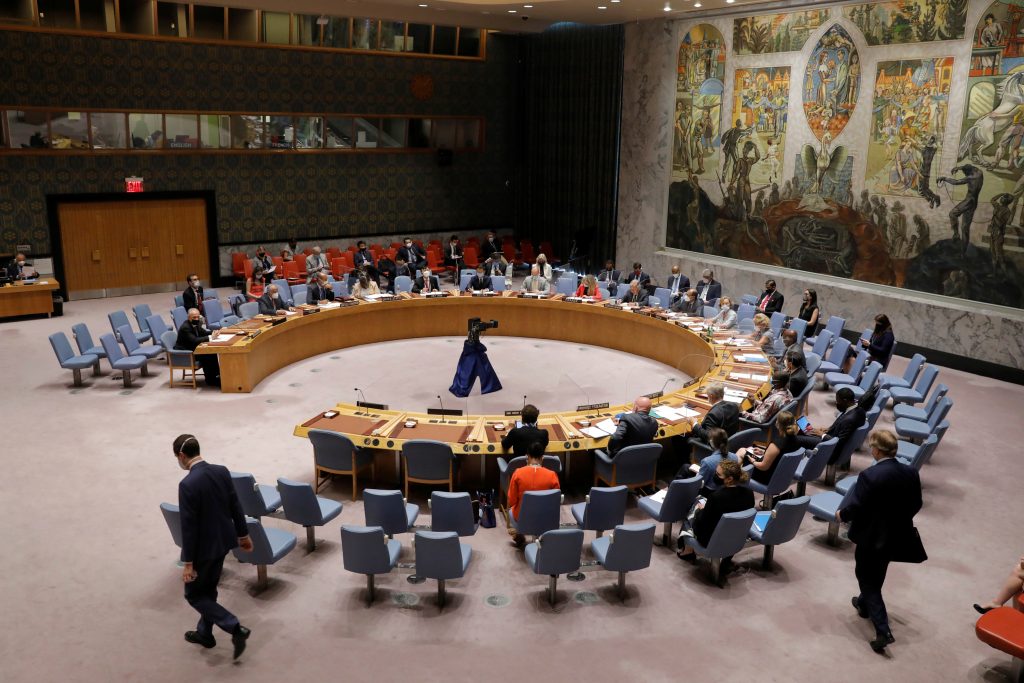 Obscured by the evacuation effort in Kabul and the searing critiques of the US withdrawal from Afghanistan is an important question: What do United Nations sanctions actually mandate concerning the Taliban’s assets?

The answer lies in the archaic, nuanced language of the organization’s resolutions. Unlike al-Qaeda, ISIS, the Pakistani Taliban, and many other similar groups, the Taliban is not specifically listed on any UN sanctions list, but it remains sanctioned nonetheless. Poring through Talmudic UN Security Council resolution (UNSCR) text from more than twenty years ago may seem a job fit only for lawyers and bureaucrats (or especially bureaucratic lawyers), but the real-world implications are significant. As the militant group settles in to rule the country again, sanctions remain one of the only viable points of leverage for the international community.

The confusion stretches back to 1999, when UNSCR 1267 was adopted in response to the Taliban’s sheltering of Osama bin Laden, wanted at the time for the 1998 bombings of US embassies in Kenya and Tanzania. The resolution froze the Taliban’s funds and other financial resources, including money generated from property the group controlled directly or indirectly. Since then, the security council has not nullified the language of this resolution, which legally binds all member states, meaning that it remains in force. The Taliban was not added to any sanctions list because no such list existed at the time. In fact, that resolution formed the mechanism for the first UN sanctions list, to which al-Qaeda and other parties were later added.

In 2011 the sanctions regime established in UNSCR 1267 was split up to create separate tracks for the Taliban (UNSCR 1988) and al-Qaeda (UNSCR 1989) in part to provide momentum to the Afghan-led peace process by creating incentives for the Taliban to improve its behavior. This split, however, seems to have created some of the confusion. The original criteria for listing al-Qaeda were for supporting the Taliban and bin Laden, and it strains credulity to think that the security council had not intended to impose sanctions on the Taliban itself via UNSCR 1267, given that the asset freeze language is clear. Statements from the security council and key member states support the existence of the broader asset freeze on the group.

Seeing through the fog

As the Taliban seeks international legitimacy, the lack of clarity over the group’s sanctions status by the UN may have serious ramifications.

On one hand, China and Russia—both eager to see the United States embarrassed—may seek to exploit confusion over their legally binding obligations as UN member states to strike deals with the Taliban and assist the group in consolidating power in Afghanistan. Both countries have been credibly accused in recent years of violating UN-mandated sanctions on North Korea. Striking deals with the Taliban in the absence of clear guidance from the security council would hardly be out of character for Beijing or Moscow. Once those deals are struck, it may be too late to argue over the nuances of relevant UNSCR language.

On the other hand, debate over the scope of sanctions may present tactical advantages. The UNSC—chaired by Ireland in September—needs to clarify and update a sanctions regime that has been largely dormant for fifteen years. The UNSC could and should use the threat of sanctions and the possibility of sanctions removal to push the Taliban to respect human rights and freedoms. Hibatullah Akhundzada, the de facto leader of the Taliban’s government, is not on the UN sanctions list—but the security council should warn him that this could change if the Taliban rules as brutally as it did in the 1990s.

Similarly, for those Taliban leaders who are on the list, the security council could dangle the possibility of delisting, or modifying the sanctions regime as a whole, as a reward for good behavior. Many of the Taliban’s leaders are on the sanctions list, and the measures clearly apply to them. The Taliban cares about the stigma of UN sanctions; for more than a decade, much of the Taliban’s leadership has clamored to be removed from the UN’s blacklist.

Separate from the status of the Taliban, the security council also needs to issue clear guidance on humanitarian exemptions and work to ensure that they are viable paths to aid the Afghan people. The population must not be left dangling, especially with a possible economic disaster looming.

Despite pledges by the group’s public relations personnel, early returns on the Taliban’s human-rights governance are disturbing. Reports of abuses and targeted killings are already prevalent—as are accounts that the group is hunting people who supported US and coalition efforts. But whether the Taliban behaves or not, Russia or China could veto the UN’s entire Taliban sanctions regime during a review scheduled for December—presenting a new diplomatic crisis.

The looming threat of a resurgent Taliban repressing its own people and potentially serving as a training ground for terrorist groups lends great urgency to clarifying the obligations of all member UN states regarding the group’s financing and assets.

A Taliban with tax revenues, access to official levers of power, and control of the country’s opium production is frightening enough. But one that is also striking mining deals with China and Russia, as well as securing access to International Monetary Fund reserves or loans from other major economies, would be a substantially larger threat. The United States and its partners must work with the United Nations to make one thing clear: Despite any dithering over the Taliban being “listed” or not, member states must adhere to the asset freeze already in place to refrain from financing this dangerous regime.

Brian O’Toole is a nonresident senior fellow with the Atlantic Council’s GeoEconomics Center and a former senior US Treasury Department official.