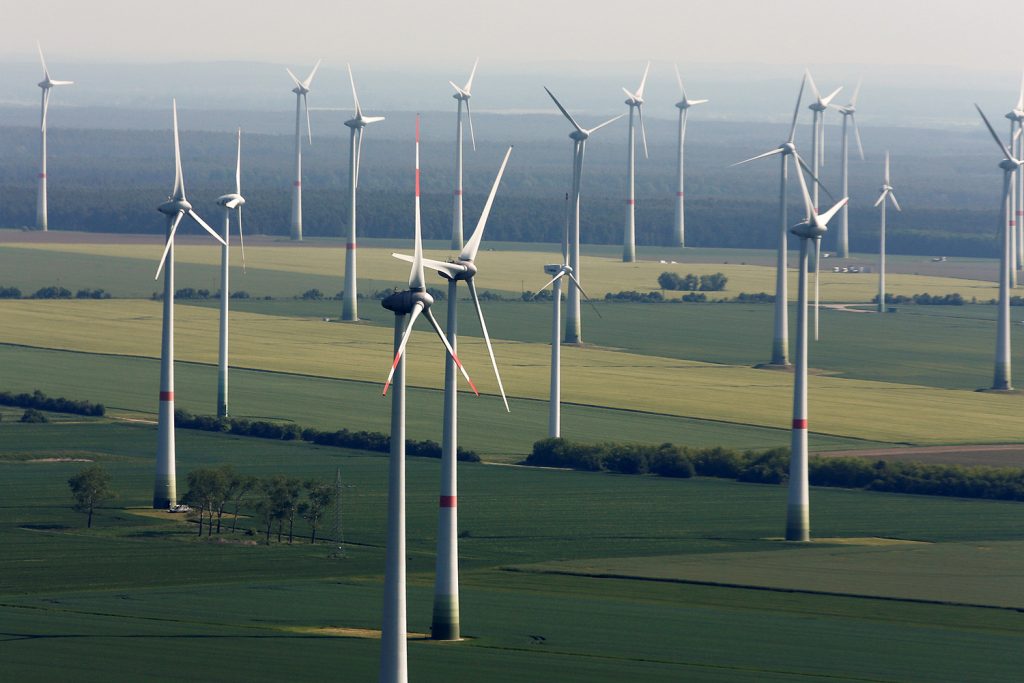 Wind turbines are pictured on a field near Altengrabow, May 20, 2014. REUTERS/Fabrizio Bensch/File Photo

As the European Union aims to become carbon neutral by the year 2050, cooperation with the United States on energy technology, financing, and imports will be critical to helping transition the European energy sector towards a low-carbon future, Director General for Energy at the European Commission Ditte Juul Jørgensen said on February 20.

The EU’s plan to become “the world’s first climate-neutral continent by 2050” was announced by Commission President Ursula von der Leyen on December 11. The European Green Deal includes targets for member states to meet on emissions reductions, as well as investments for new energy infrastructure and technology. Although the EU has set the overall goal for the plan, Juul Jørgensen stressed that member states will drive most of the action. “All of our member states are submitting national energy and climate plans that set out how they intend to achieve the agreed targets for 2030,” she said. These targets, she explained, include not only emissions reductions, but also “renewable energy, energy efficiency, internal market, improving our connections, building infrastructure, and research and innovation.”

While the EU’s plan “sets a very clear path and a common direction for everyone,” Juul Jørgensen said, there is “a lot of room for national choices to be made,” as “it is up to each government to decide their own energy mix.” Member states are already working toward these targets, she stressed, by switching from coal to natural gas, vastly increasing their renewables production, maintaining nuclear power generation, and focusing on energy efficiency, as “the energy we don’t use is both the cleanest and the cheapest.”

Despite public disagreement about the climate threat, the United States has a critical role to play in helping Europe achieve its climate goals, Juul Jørgensen argued. “We very much remain open for imports and for cooperation on technology and innovation” with the United States, she said. Richard Morningstar, founding chairman of the Atlantic Council’s Global Energy Center and former US ambassador to the EU, agreed, saying that so far “US-EU energy cooperation has been excellent, and it needs to continue and to be reinforced.” He argued Washington should continue to help Europe “develop a competitive and transparent market, particularly in Central and Eastern Europe,” as well as on “infrastructure, financing…and the whole climate area.”

Juul Jørgensen highlighted gas as a key opportunity for transatlantic cooperation, as the European Commission maintains that “we are going to need gas as part of the transition” to a carbon neutral economy. “Natural gas is a source of flexibility in the energy and is significantly less carbon intensive than coal,” she argued. US liquefied natural gas (LNG), therefore will be a welcome new energy source for Europe to add to its energy mix, helping to provide an alternative to both high carbon coal as well as potentially insecure gas supplies from Russia. Juul Jørgensen described new terminals for US LNG as a “window for the EU for clean and decarbonized gas,” although stressed that there needs to be more “real progress in the decarbonization of gas” to make sure it helps toward the carbon neutral goal.

In addition to gas, Europe is also looking to the United States to help cooperate on new infrastructure and technology for the transition. Europe has a “critical vulnerability” in its raw material supply used to build energy infrastructure such as wind turbines, which can be filled by purchases from US suppliers, Juul Jørgensen explained. She also proposed stronger cooperation on Carbon Capture and Storage (CCS) and energy efficiency technology, which she conceded Europe is not as advanced on as it should be.

Juul Jørgensen acknowledged that European plans for a carbon adjustment border tax is causing concern among both the United States and private businesses, but cautioned that the proposal for this new measure is not likely until at least 2021 and that there would be extensive negotiations with all of the EU’s international partners before the tax was finalized. She also stressed that the private sector will need to be a key ally in the energy transition, not an enemy to be defeated. “Public money cannot alone drive this process,” she argued, saying that the EU aims to “leverage public funding to bring in more private investments to build larger infrastructure projects such as clean energy grids and low carbon transport systems, but also to help reskill workers that are working in coal related sectors.” She explained that many energy companies are already transforming their energy portfolios away from carbon-intensive products, “not just because it is green or good for the climate, but also because it makes economic sense.”

Juul Jørgensen argued that the European Green Deal should not be seen as “just a climate strategy. It is very much a growth strategy.” The steps to decarbonize the European economy is a “way of building on European strength and innovation,” she said to help fill “the need for affordable energy all over Europe.” As Europe embarks on this mission, Juul Jørgensen maintained, the help of the United States will be critical to providing the tools needed to transform the European energy sector into a low carbon future.

US Senator Sheldon Whitehouse (D-RI) blasted the US Government for its delay in implementing carbon capture and storage (CCS) legislation and the US Congress for refusing to adopt serious carbon pricing reform during remarks to the Atlantic Council on February 4. Whitehouse rebuked the US Department of the Treasury for dragging its feet on implementing the ”45Q” CCS tax credit.

What will Brexit mean for energy markets?

“Initial indications are that post-Brexit Britain will pay less attention to issues concerning climate change despite the fact that it is to hold COP 26 in Glasgow in November,” John Roberts says.