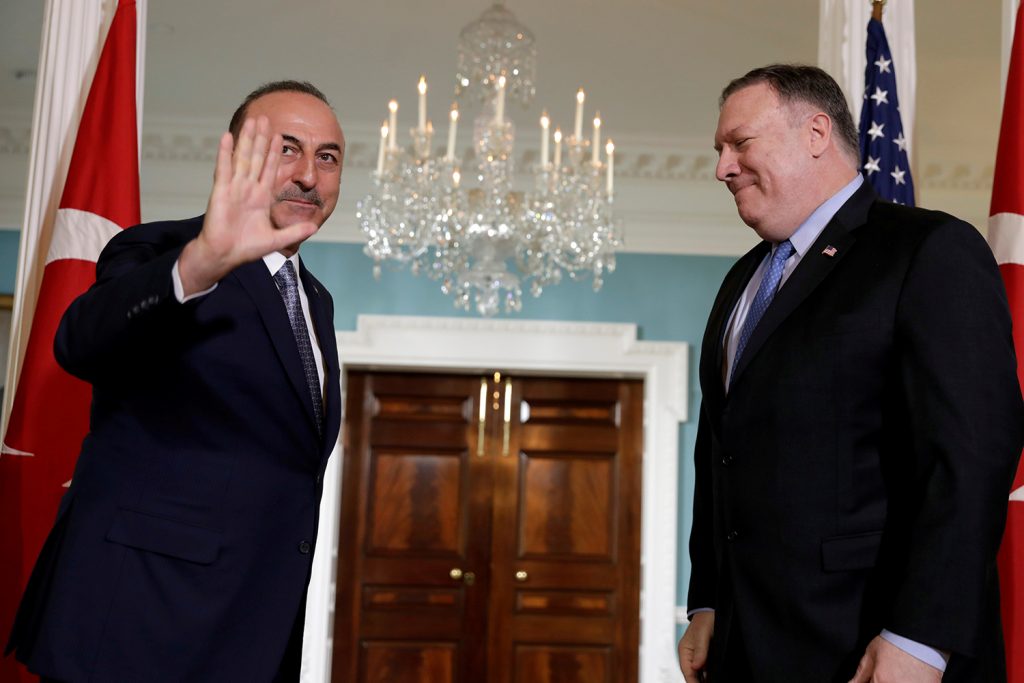 US Secretary of State Mike Pompeo’s comment on October 10 that, “the Turks have a legitimate security concern” on their border with Syria cuts sharply across the grain of conventional wisdom in Washington and other transatlantic capitals.

Indeed, Ankara’s military incursion into northern Syria is receiving nearly universal condemnation across the transatlantic community. US President Donald J. Trump’s acquiescence to Ankara’s “Operation Peace Spring” during an October 6 phone call with Turkish President Recep Tayyip Erdoğan is being portrayed as abandonment of all Kurds in Syria. Meanwhile, many observers in Washington lament the betrayal of the US’s “Kurdish ally,” the Peoples Protection Units (or YPG),  who, as former US National Security Advisor Susan Rice noted on “The Late Show” with Steven Colbert on October 8 “…for the past four years, have been fighting on our behalf with our equipment to defeat ISIS.”

These characterizations miss the point for several reasons.

First, Turkey’s military operation in northern Syria does not target “the Kurds” writ large, but rather, a single Kurdish militia, the YPG. In April 2016, while testifying to the Senate Armed Services Committee, then US Secretary of Defense Ashton Carter conceded under pressure from Senator Lindsey Graham (R-SC) that the YPG is an affiliate of the PKK, a group recognized as a terrorist organization by the United States and the European Union.

Secretary Pompeo was thus speaking consistently with longstanding US policy when he mentioned Turkey’s legitimate security concerns in northern Syria.

In fact, Washington and Ankara have been working for over eighteen months to devise a joint approach to neutralizing the YPG’s threat to Turkey. The centerpiece has been a so-called “safe zone” in northern Syria, where YPG militants would be forced to withdraw from the Syria-Turkey border and joint ground and air patrols by US and Turkish troops would restore and then maintain stability.

Based on my discussions with some of my former senior State Department colleagues late last week, Ankara and Washington were very close to finalizing a broad agreement on the design and implementation of the safe zone, as well as other issues. A key remaining point of disagreement was how far the safe zone would extend into Syria, with Turkey demanding twenty miles and the United States insisting on five to ten miles. The United States also balked at Turkey’s demand for operational control of the safe zone.

In the end, Erdoğan appears to have lost patience with US resistance to these points and informed Trump of Turkey’s intention to launch a military incursion into northeast Syria.   Rather than opposing this military operation, Trump instead decided to remove the handful of US troops based at observation posts in northern Syria out of harm’s way, implicitly recognizing the security concerns cited by his Turkish counterpart as justified.

Second, neither the YPG nor its parent political organization, the PYD, can legitimately claim to represent Syria’s entire Kurdish population. The PYD/YPG has established a Marxist-Leninist regime in northeast Syria, where the PYD/YPG’s forced conscription of men and boys, corruption, authoritarianism, and devotion to the PKK’s imprisoned leader, Abdullah Ocalan, is prompting growing consternation among local Kurds.

Third, the YPG has been fighting for a range of its own objectives in addition to working with the United States to defeat ISIS. The PYD/YPG’s underlying goal is to consolidate its military and political control over northeastern Syria into an independent statelet based on its extreme leftist ideology. That is not to denigrate the organization’s battlefield prowess nor its crucial role in defeating the ISIS caliphate. But, as US Special Envoy to the Coalition Combatting ISIS, Ambassador James Jeffrey, noted last December, Washington’s relationship with the YPG is a transactional one, namely, the defeat of ISIS.

Finally, Ankara’s stated twofold objective of Operation Peace Spring is to eliminate what it views as a terrorist threat along its border and to establish a stable and relatively safe region within Syria in which to resettle up to a third of the 3.6 million Syrian refugees currently residing in Turkey. Erdoğan announced in a speech on October 10, these former refugees will return to their original homes, thereby restoring the approximate pre-war ethnic balances in northeast Syrian towns.

The United States has an interest in Turkey achieving these goals.

If, on the other hand, Ankara decides to exceed these goals, it will be hard-pressed to finance and sustain the logistical lines required for a major military campaign. Furthermore, a large-scale military operation in Syria would risk bogging Turkey down in a protracted battle with both a resurgent ISIS and the Assad regime.  These factors provide strong incentives for Ankara to limit Operation Peace Spring to a counter-terrorist and stabilization operation across a relatively small swath of Syria’s territory along its border with Turkey.

Matthew Bryza is a nonresident senior fellow with the Atlantic Council’s Eurasia Center and Global Energy Center. He served as a US diplomat for over two decades, including as US ambassador to Azerbaijan and deputy assistant secretary of European and Eurasian affairs.

Atlantic Council experts respond to the withdrawal of US troops from northeastern Syria, Turkish military action, and the road ahead on a members and press call.