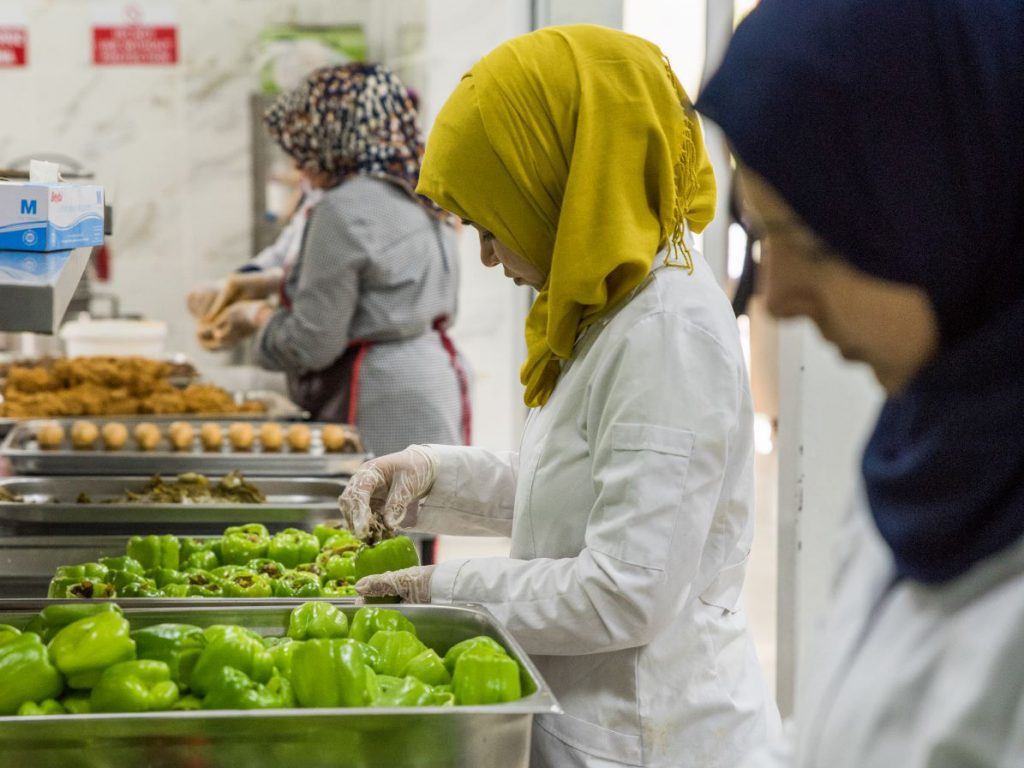 Yet despite Turkish government efforts, nearly half these Syrians still live below the poverty line. And the economic fallout sparked by the COVID-19 pandemic—which has left many Turks jobless—further limits employment prospects for these newcomers.

On July 17, the Atlantic Council convened a virtual panel of experts to discuss the situation. The event, co-hosted by the United Nations Development Program (UNDP) and moderated from Istanbul by TRT World’s Maria Ramos, coincided with the release of a report jointly published by UNDP Turkey and the Atlantic Council’s Turkey office, “Turkey’s Refugee Resilience: Expanding and Improving Solutions for the Economic Inclusion of Syrians in Turkey.”

The thirty-page report, written by the UNDP’s Bastien Revel, outlines how Turkey came to host the world’s largest population of refugees and asylum seekers (including 3.57 million Syrians under temporary protection), and what options Turkey could consider to make the most of the skills and potential of refugees, and foster economic inclusion.

UNDP Assistant Administrator Mirjana Spoljaric Egger, who heads her agency’s regional bureau for Europe and the Commonwealth of Independent States, praised Turkey for the “continued generosity and hospitality” it has shown Syrians fleeing a war that has already claimed half a million lives since 2011.

“Turkey has demonstrated practical and concrete ways in which to respond to a significant refugee crisis and continues to stand out as a best practice,” she said. “The spirit with which the nation, and especially most of all its citizens, embrace this challenge, really deserves our respect.”

Spoljaric Egger, noting the UNDP’s presence in Turkey since the 1950s, said the agency has scaled up its programming over the last decade in response to the refugee influx.

“We have advocated since day one that humanitarian and lifesaving interventions have to be complemented by long-term resilience-building strategies, which means addressing the question

of jobs, municipal services, environmental and social cohesion, and self-reliance,” she said, adding that UNDP has taken a leadership role along with its sister agency, the UN Refugee Agency (UNHCR) to put together a “global model on how to cope with this kind of crisis.”

In fact, she said, the Turkish government has opened up the labor market to Syrian refugees—not only to employment but also entrepreneurship, so that these new arrivals can actively contribute to the local economy.

Crucial to that effort is the Refugee and Resilience Response Plan (3RP), even as the spread of COVID-19 has had a severe impact on the most vulnerable Syrian refugees in Turkey—particularly women, children, people with disabilities, and unemployed youth.

“Our inclusive policies have not changed despite the difficulties encountered because of COVID-19. We provide Syrians free medical care, [and] education of children is a major priority,” Kıran said, noting that Syrian workers affected by the pandemic are entitled to benefit from the same social assistance and unemployment scheme as Turkish citizens.

Turkey estimates it has spent more than $40 billion to host refugees, and is asking other countries help foot the bill.

About 27,000 Syrians are now studying at Turkish universities, Kıran told his audience; this represents more than half of all refugees getting higher education worldwide. In addition, from 2016 to 2019, the Turkish government issued 132,497 work permits to Syrian nationals, while 230,000 refugee families currently benefit from Emergency Social Safety Net (ESSN), a cash assistance program.

Daniella Cicchella, deputy representative for protection at UNHCR Turkey, was asked how she sees access to work as critical to improving the lives of the four million Syrians who have sought safe haven in Turkey.

“The Global Compact on Refugees is the best way to address the question. It provides a blueprint for comprehensive response by ensuring that host countries can receive the support they need,” she responded, noting that one of the compact’s four objectives is to enhance self-reliance.

“The compact tries to move away from seeing refugees exclusively as receiving humanitarian assistance. It’s important to see them as active participants of the life of the countries where they live,” Cicchela explained. “This initiative shows through a collective experience that refugees, if provided opportunities, can contribute substantially to the host country.”

Claudio Tomasi, UNDP Turkey’s resident representative, said it’s important “to showcase the experience and the best practices from Turkey on the global stage” since Syrian refugees began fleeing their country nine years ago. Like Turkey, neighboring Lebanon and Jordan have also taken in large numbers of Syrians escaping violence back home—yet neither of those countries has proactively opened formal pathways to employment to the degree Turkey has.

“A lot of the work and achievements from Turkey in supporting the refugees’ economic inclusion has not gotten the credit it deserves on the international scene. Turkey has been a true pioneer in hosting refugees and putting international commitments such as the ones from the Global Compact on Refugees into practice,” Tomasi said.

“It is our role as a leading development partner to make sure others have the chance to capitalize on what has been achieved,” he added. “It is critical to take stock now of the lessons and the progress achieved over the past six years in order to guide our further work.”

Yet the integration of refugees into the Turkish economy can only happen with the full support of Turkey’s private sector, said Ebru Özdemir, chair of Limak Investments.

“Refugees bring with them a wealth of untapped human capital. They can and often do make significant contributions to the economies of the host countries,” said Özdemir, whose company belongs to one of Turkey’s biggest construction, energy, cement, and tourism conglomerates. “They create jobs, they become entrepreneurs, and eventually, when they go back, they create value to their home countries.”

Turkey’s Refugee Resilience: Expanding and Improving Solutions for the Economic Inclusion of Syrians in Turkey

Since 2014, Turkey has not only hosted the world’s largest refugee population but has also modeled a best practice for the global refugee policy discussion. Turkey’s experience on the key issues such as jobs and employment should be examined as lessons for both refugee hosting countries and donor countries alike.