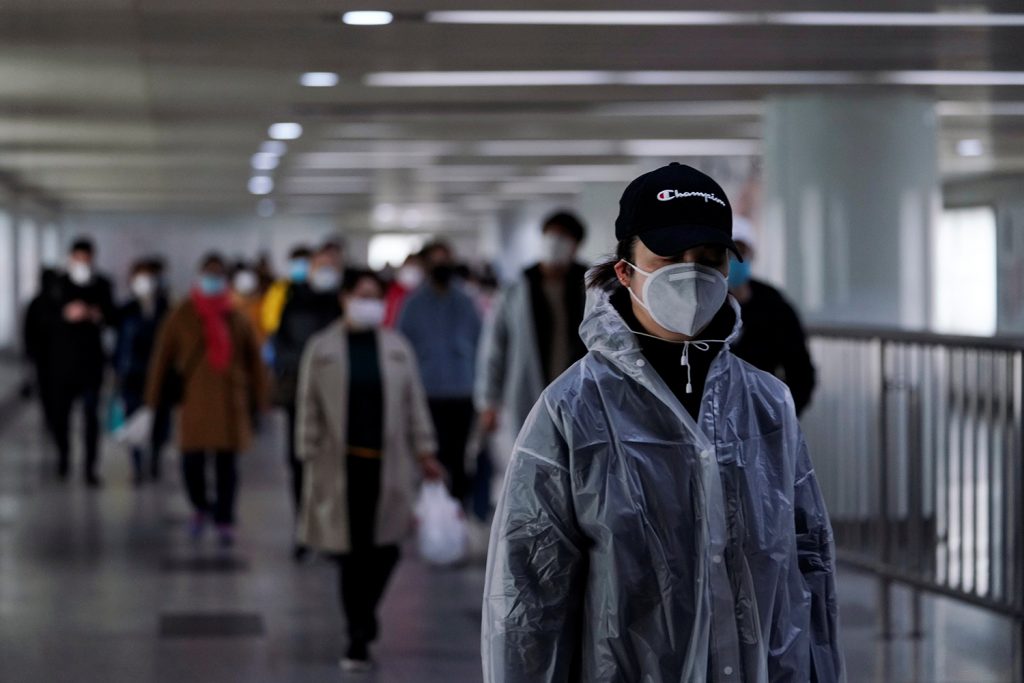 As world leaders attempt to halt the spread of the novel coronavirus, the United States has been correct to take “a soft touch approach to the relationship with Beijing,” former US homeland security advisor Thomas P. Bossert said at the Atlantic Council on February 11. Bossert, who served in US President Donald J. Trump’s White House until 2018, is chief strategy officer of Trinity Cyber, Inc., and is a distinguished fellow in the Atlantic Council’s Scowcroft Center for Strategy and Security, argued that Washington has offered vital aid to the Chinese government throughout the outbreak and has refrained from criticizing Beijing too harshly for its initial response to the disease.

Coronavirus first appeared in the Chinese city of Wuhan in December 2019 and has now infected at least 43,000 people in more than twenty-five countries, including the United States. Chinese officials have reported that 108 people died from the virus in China on February 10, growing the estimated death toll in China to more than 1,000. In response to the outbreak, the Chinese government has quarantined more than 45 million people in sixteen cities.

Despite Beijing’s current efforts, the Chinese government has been criticized for not quickly reporting the spread of the disease to international health agencies and allegedly silencing local health officials who were warning about the outbreak. Bossert explained that Beijing’s tendency to place the most importance on “stability,” meant that Chinese officials “debated and deliberated and held on decisions and held on sharing information.” He further suggested that growing tensions between Taiwan and mainland China over the 2019 Hong Kong protests and Taiwanese elections could have had an effect. As Bossert explained, “Taiwan was always our interlocular for public health sharing of strains of virus and public health information [with China].” Bossert worries that the increased tensions between both sides of the Strait means that “there was absolutely no communication taking place,” potentially delaying international awareness of the situation.

Although Beijing was initially slow to respond, Bossert commended China for its current efforts to contain the virus. Bossert said that he is “fairly confident that the Chinese are getting their act together,” and noted that they are “becoming more and more transparent” about the outbreak. He argued that the United States has been correct not too push Beijing too hard on its initial response delay. “Their deficiencies are pretty well laid bare for the world to see,” he argued, saying that there would not be much utility in overly criticizing them right now.

Washington has stepped up its efforts to assist China with the outbreak, Bossert reported, not just by sending experts, “but with money and protective gear.” He noted that aid is not only coming from the US government directly, but also “from faith-based groups and from private industry,” which gives Beijing a “face-saving option” from needing to appear as weaker than its sometime US rival. Bossert described these actions as important “olive branches to Chinese.”

Bossert further argued that this productive US-Chinese cooperation may not have been possible without the “détente period in [the] trade dispute” between the two countries, a result of the “Phase One” trade deal recently reached that tabled threats of further tariff escalation. “The relationship between President Xi Jinping and President Trump will help us here,” he suggested.

Such cooperation will be necessary as global health officials attempt to stop the spread of the virus and policy makers brace for the potential economic implications of the outbreak. “At a time of a lot of optimism” about the global economy, Atlantic Council Executive Vice President Damon Wilson warned that the potential disruptions to global travel and the Chinese economy could make coronavirus “most disruptive to global economic growth.” Bossert agreed, warning that the world could “suffer supply chain ramifications and economic growth reductions” if the outbreak Is not contained soon. He noted that the Chinese economy only accounted for about 5 percent of world economic output during the SARS pandemic of 2003, while the China now accounts for more than 15 percent of the global total.

The key to response: Public trust

Going forward, Bossert explained that gaining and keeping public trust will be crucial for government authorities, should the virus continue to spread. “Public trust is public health security. Public trust right now is a national security matter,” he said. Governments and public health authorities will need to “maintain throughout [the outbreak] a dispassionate ability to deliver those facts on what we do and don’t know” in order to keep the public calm, he explained. Luckily, he added, “so far we are doing that.”

An added challenge, however, is the propensity for misinformation to spread quickly online and create panic in affected populations. Rebecca Gustafson, senior director of global media relations for Project Hope, has warned that misinformation has already had an impact in Wuhan. Many citizens on the ground there now falsely believe that “you can’t get any other care at any location in Wuhan [unless] you have coronavirus,” potentially endangering those who are suffering from non-coronavirus conditions. She added that “we are getting good information, but not great information” from the Chinese government, and that normal citizens still lack needed information on the incubation period of the virus and how many people are actually infected in Wuhan.

Ned Price, director of policy and communications at National Security Action and former special assistant to the president for national security affairs at the US National Security Council, explained that there will need to be “an effort to divide and conquer on the part of different countries [and] international organizations” to reach the many “different audiences” who need specific information about the virus. International organizations and local governments will need to be able to specifically target affected populations and health workers, while other countries will need to provide complementary information to immigration and customs officials and interested domestic audiences, such as those living near hospitals with infected patients, Price argued.

Should the United States experience a significant outbreak, Bossert added, “we are going to end up turning to authorities that we have never heard of or seen on national television,” such as state and local health officials and doctors and hospitals. “We are going to have to find trust in them.”

Coronavirus and the shooting down of the Iranian passenger jet are “black swan” events that expose the flaws of authoritarian governments in dealing with unanticipated crises. They also provide President Trump unforeseen opportunities to advance the two most significant foreign policy issues of his administration – changing China’s unfair trading practices and pushing back against Iran’s malign behavior.

The growing, global impact of Coronavirus

It’s already clear that the coronavirus impact, though too early to fully measure, will be significant on Chinese and global supply chains, markets and economies; on the legitimacy and the trust enjoyed by the Chinese Communist Party with its own people; and on Asian regional politics and US-Chinese relations, where trust already was in such short supply.

The potential global impact of the coronavirus outbreak

Beijing “must act” to contain the coronavirus outbreak, Miyeon Oh says, “especially in light of the indirect but potentially massive economic, social, and political impacts of the coronavirus in the region and around the world.” There is growing concern in Beijing as well, Robert A. Manning added, “that if this pandemic is only in its early stages, it could become the straw that broke the camel’s back for an already anemic economy.”

Image: People wearing face masks are seen in an underpass leading to a subway station in the morning after the extended Lunar New Year holiday caused by the novel coronavirus outbreak, in Shanghai, China February 10, 2020. REUTERS/Aly Song