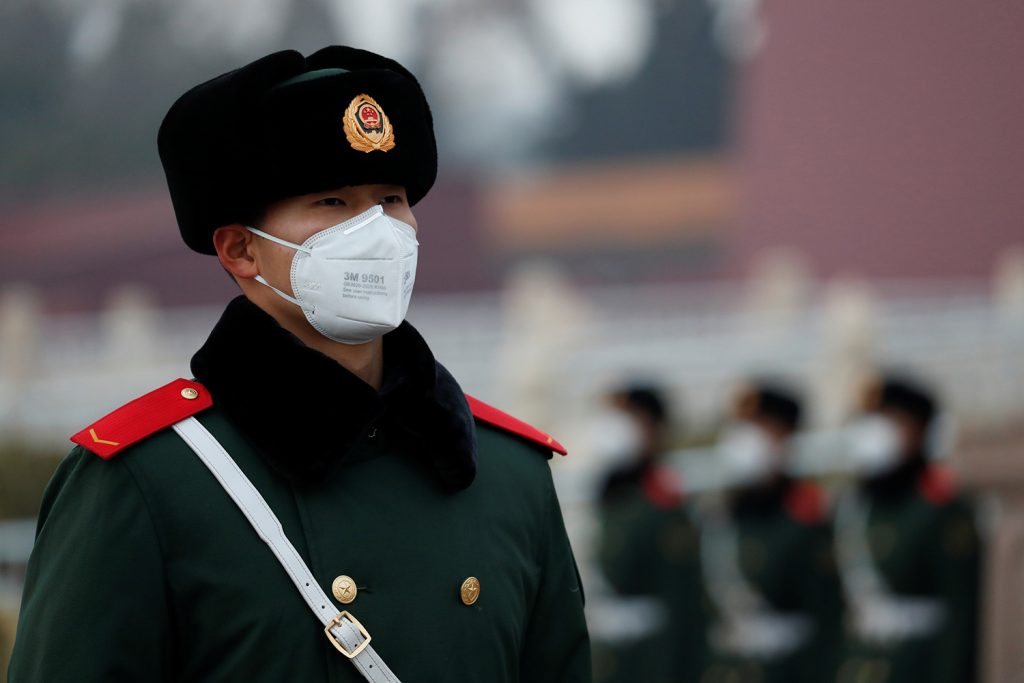 The outbreak of a new deadly virus strain is sending international policymakers scrambling as the effects of the crisis are beginning to be felt around the world.

The coronavirus—specifically known as the 2019 novel coronavirus (2019-nCoV)—is believed to have originated in Wuhan, China and now has infected at least 2,700 people and killed eighty-one.  In addition to those within China, cases of the new virus have been reported in eleven other countries. Chinese authorities have responded to the outbreak by locking down Wuhan and other cities across the Hubei province, restricting the travel of more than 60 million people. International experts believe that the virus is at least partially spreading through human-to-human contact.

The US Centers for Disease Control reported on January 26 that there were five total documented cases in the United States, including three who were known to have traveled to Wuhan. US President Donald J. Trump tweeted on January 27 that the United States was in “very close communication with China” on the virus and that his administration has “offered China and President Xi [Jinping] any help that is necessary.”

The virus outbreak comes at a particularly bad time for Beijing, as it is fresh off the heels of continued unrest in Hong Kong and the re-election victory for pro-sovereignty President Tsai Ing-wen in Taiwan, according to Robert A. Manning, a resident senior fellow in the Atlantic Council’s Scowcroft Center for Strategy and Security. “The coronavirus pandemic poses a serious challenge to the Chinese communist party-state,” he argued, as Beijing “is finding out the hard way that even the most effective techno-totalitarianism can’t control nature.” Miyeon Oh, director and senior fellow of the Asia Security Initiative in the Scowcroft Center for Strategy and Security said that “although this is the second time that China is dealing with a pandemic disease,” after the outbreak of the Severe Acute Respiratory Syndrome (SARS) in 2002, “China still lacks the effective social and institutional systems for coping with it.”

Rebecca Scheurer, director of the Adrienne Arsht-Rockefeller Foundation Resilience Center’s Humanitarian Initiative, explained that “in the event of an emergency public health situation, such as an infectious disease outbreak, there are some basic essentials for public health officials: early detection, contact tracing, containment, and public education.” As a new outbreak emerges, she argued, “disaster managers must work closely with infectious disease experts—such as the US Centers for Disease Control— to ensure close coordination whereby science informs response, and response operations provide a conduit for critical information to reach at-risk populations and inform decisionmakers.”

Although China lacks these overlapping institutional systems, Oh said, Beijing “must act, especially in light of the indirect but potentially massive economic, social, and political impacts of the coronavirus in the region and around the world.” There is growing concern in Beijing as well, Manning added, “that if this pandemic is only in its early stages, it could become the straw that broke the camel’s back for an already anemic economy.”

Hung Tran, a nonresident senior fellow in the Atlantic Council’s Global Business and Economics Program, explained that as “the transmissibility and fatality rates of the 2019-nCorV increase, its impact on the Chinese and global economy will become more noticeable.” According to Tran, the tourism, hospitality, and consumer sectors of the Chinese economy have already begun to feel the effects of the virus outbreak. He pointed out that SARS ended up costing the global economy between $50-100 billion, but the coronavirus could do much more damage, as the tourism and consumer industries “are now more important to China than during the SARS episode.”

But as long as the outbreak, “remains consistent with prior experience,” Barbara C. Matthews, a nonresident senior fellow in the Atlantic Council’s Global Business and Economics Program argued, “material economic impact will be minimized, transitory, and focused on services sectors involving person-to-person interactions.” She added that “the scale of the impact will be a function of how quickly the virus can be contained.”

Randolph Bell, director of the Atlantic Council’s Global Energy Center and Richard Morningstar Chair for Global Energy Security explained that the impact of the virus is already being felt in global energy markets too. “Fears of reduced travel and a global economic slowdown caused by the impacts of the Coronavirus have sent oil prices plummeting over the past week,” he said. “A barrel of oil is now at its lowest price since October, and the Organization of the Petroleum Exporting Countries (OPEC) has signaled it may further cut production if demand actually declines.” Although there continues to be supply concerns with production from Libya dropping due to the unrest there, Bell explained that markets seem to think that the potential effects of the coronavirus on oil demand could outlast any supply shortage from the Libyan crisis.

Emerson Brooking, a resident fellow with the Atlantic Council’s Digital Forensic Research Lab also warned that “public health is a scary, personal, and deeply emotional issue,” making stories like the coronavirus susceptible to disinformation campaigns. “Because so much remains unknown about this coronavirus strain—how contagious it is, how far it has spread, or even how to reliably diagnose it—internet users are deeply susceptible viral falsehood about it. Because the Chinese government has imposed strict information controls, it becomes even harder to separate fact from fiction.”

He reported that “false stories have already misrepresented the death toll and origin of coronavirus; they have invented dozens of fake cases in the United States and claimed that [the Federal Emergency Management Agency] is imposing martial law. Russian television has even harnessed the coronavirus outbreak toward political ends, alleging that this is a new bioweapon developed by the US government.” Unlike the 2002 SARS crisis or even the 2009 H1N1 flu pandemic, the widespread prevalence of social media platforms around the world today means that “should coronavirus become a pandemic, it will represent the world’s gravest disinformation crisis to date,” Brooking argued.

Over the longer term, Matthews argued that the heavy-handed reaction to the outbreak by the Chinese authorities could “strengthen Chinese commitments to centralized control over the economy and people, potentially deepening the differences in policy priorities with liberal western democracies.” Oh stressed that the crisis should, however, also be seen as a “key opportunity for strategic cooperation under US leadership,” with both China and the wider Asia Pacific region. Responding to “China’s rise in a new era of great power competition,” she argued, will require the United States to “work with its allies and partners in the Indo-Pacific to deal with a rising China both in areas of mutual interest and conflicting interest.” The coronavirus scare may be a chance for Washington and Beijing to practice cooperation, even as they prepare for more competition globally.

Given the alarming rate at which the novel coronavirus is spreading, it was always only a matter of time until the pandemic reached Africa. Now that it has, how prepared are African governments to contain it?

Image: A paramilitary officer wearing a face masks stands guard at the Tiananmen Gate, as the country is hit by an outbreak of the new coronavirus, in Beijing, China January 27, 2020. REUTERS/Carlos Garcia Rawlins