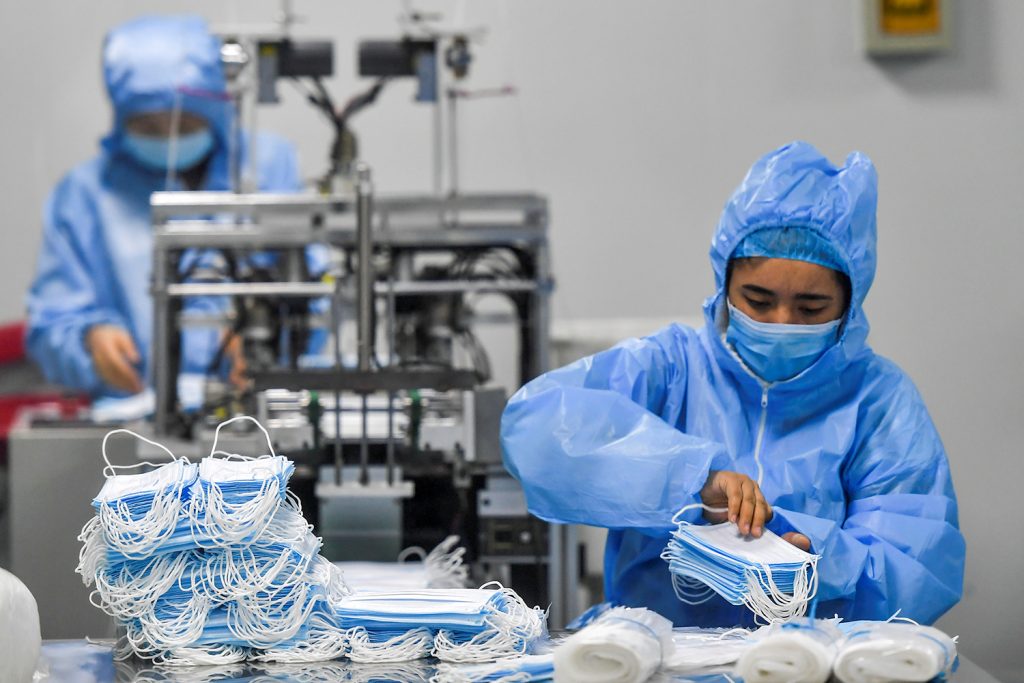 It is already evident that coronavirus (COVID-19) has triggered a deeper recession than that of the 2008-2009 Global Financial Crisis. Much like the latter, monetary authorities at the US Federal Reserve have undertaken unprecedented actions to support liquidity in global markets. These steps have included support for domestic debt markets, including a recent expansion in the corporate bond market, as well as swap lines targeting the global dollar shortage. Beyond these moves, the broader policy response during and after the COVID-19 outbreak may drive longer-term changes in the global trading system.

Last December, the Phase One US-China deal signing spared US consumers of increased tariff burdens on key consumer goods. As COVID-19 triggered large shutdowns in the Chinese economy, disrupted supply chains immediately raised questions about the deal’s purchase targets. Under the arrangement, China is slated to buy $200 billion in US exports, but this number is increasingly dubious amid subdued Chinese economic data. Even before COVID-19, the outlook for a more comprehensive Phase Two deal was hazy, but after, it is a pipe dream.

Much of the developed world is now amid the greatest economic disruption since the Second World War. Pharmaceutical supply chains have found themselves at the center of discussion, as countries face shortages of ventilators, facemasks, and other key commodities. Earlier this month, several nations, including South Korea, Taiwan, Germany, and Russia, placed restrictions on medical equipment exports. Last week saw the European Union impose temporary export authorization requirements for exports of personal protective equipment outside of the European Union.

Though not particularly disruptive in and of themselves, these moves raise questions about the longer-term focus of trade policy in a post-COVID world. Pharmaceutical supply chains of all stripes, beyond protective equipment, may be a renewed victim of trade pressures, as different nations focus on alleviating future shortages. Such policy moves may, in fact, be justifiable, given the significant national security concern associated with pandemics, like COVID-19. Full free and fair trade may be little consolation amid another global outbreak that once again strains health care systems internationally.

Should the US-China trade war return with a vengeance, it will do so in a uniquely weak point in global trade relations. In December, US efforts saw the World Trade Organization’s Appellate Body, normally a seven-member committee, lose two of its final three judges amid Washington’s blocking of new judges. Earlier this month, Washington escalated its campaign by accusing Zhao Hong, the final trade official in the body, of compromising ties to the Chinese government. Against the context of accelerating unilateral protectionism, the WTO’s ineffectiveness in this period may set the stage for more confrontation ahead.

Ensuring sufficient stores of medical equipment, especially in the face of COVID-19, is a strong argument for expanding incentives for domestic manufacturing. As the rest of the world faces the same dilemma, it is almost certain that other nations will respond, and that response will almost certainly come at the expense of US multinationals. Should this path be pursued, the tools of US statecraft will have to manage the foreign fallout of these policy moves but doing so will be far from easy.

Cooperation and coordination with allies may be the solution to mitigating these migrations from triggering greater instability in the global economy, but Washington’s traditional partners have been spurned by an increasingly burdensome statecraft. Outside of trade, the US Treasury Department’s expansive sanctions program have enflamed transatlantic tensions by weaponizing the dollar’s role as the leading global currency. Despite harsh rhetoric about exploring alternatives, major European firms and governments have remained connected to the infrastructure of the global dollar, but COVID-19 may be changing this.

The dollar’s role as a central reserve currency has rested not on political coercion, but on vital economic incentives. The depth and liquidity of dollar-denominated financial markets is unparalleled globally, particularly in debt markets. For decades, US debt markets have absorbed the savings of European investment banks, Japanese pension funds, Taiwanese insurers, and even the People’s Bank of China. In simple terms, were those dollar haven-seekers to switch to the euro, there simply would not be enough safe bonds to go around.

Seeking to finance the continent’s response to the virus, nine Eurozone nations have pushed for a pan-European debt issue. This action would correct one of the monetary union’s key flaws in pushing the euro as a reserve currency: its lack of a common fiscal policy. Though Berlin will ultimately have the final say, Germany has already launched an $814 billion stimulus package in response to the virus’ effects, with slated debt issuance of ~4.5% of gross domestic product. German government bonds, known as Bunds, have functioned as the Eurozone’s de-facto safe asset, in lieu of pan-European bonds. Christine Lagarde and the European Central Bank still have considerable flexibility to achieve the same goal of mutualized debt even without the Eurobond name.

Should the COVID crisis, in fact, be the Eurozone’s moment of truth, there will be serious consequences for the Treasury. A more united and stable Eurozone and, with it, a more international euro is in Washington’s economic interest. Though a transatlantic economic rapprochement is long overdue regardless of the crisis’ outcome, these effects would make it necessary to return to a more multilateral approach to statecraft or risk deep, long-lasting consequences to America’s global standing.

Michael B. Greenwald is director at Tiedemann Advisors. He is a fellow at Harvard Kennedy School’s Belfer Center for Science and International Affairs and a senior adviser to Atlantic Council President and Chief Executive Officer Frederick Kempe. From 2015-2017, Greenwald served as the US Treasury attaché to Qatar and Kuwait.