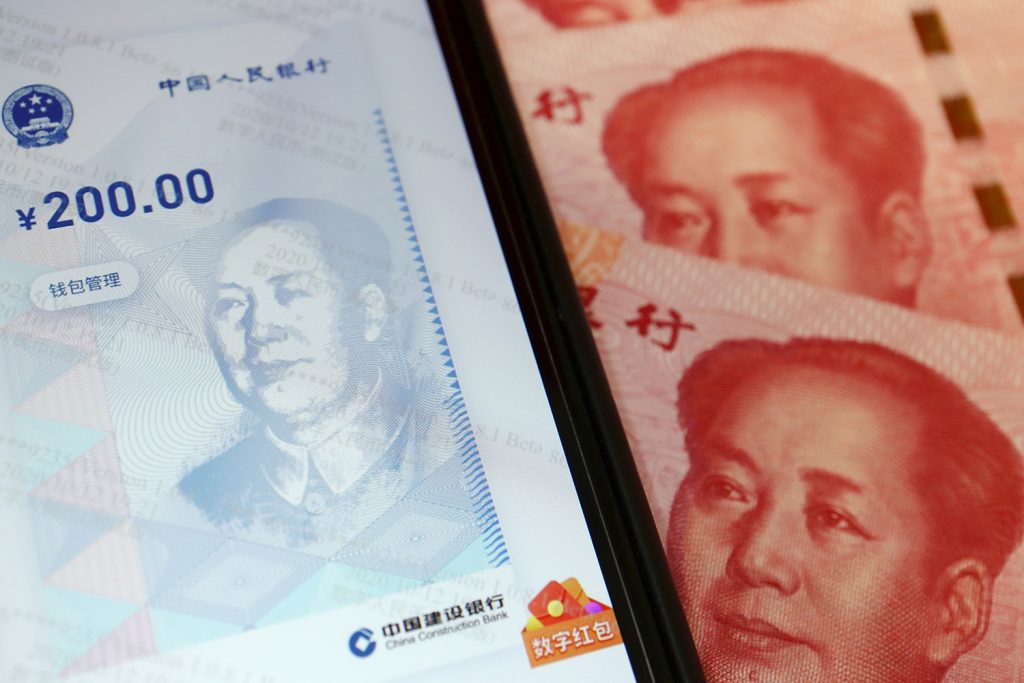 Just as the internet disrupted media and the information ecosystem, innovations in financial technology (fintech) are disrupting another fundamental aspect of society: money. As societies move to modernize their financial systems, authoritarian governments, liberal democracies, and proponents of decentralized currencies have all proposed divergent visions for the future of money.

China, for example, is on its front foot, looking to leverage fintech to assert greater domestic control over capital and the economy, and disrupt the US-centered global financial system over the longer term.

The outcome of this monetary competition has geopolitical implications and significant societal risks. On one hand, digital currencies could reap the benefits of underpinning the financial system, extend services to the underbanked, and increase the efficiency and security of payments. But on the other hand, these technologies can also be used for state surveillance, to undermine critical financial institutions, and to evade sanctions and law enforcement.

COVID-19 shutdowns further accelerated a shift toward e-commerce and contactless payments, prioritizing digital representations of money over physical cash. As those digital representations start to dominate the economy, it raises two urgent questions: Is there still a need for physical cash? And what monetary system should replace or supplement it?

Crypto assets such as Bitcoin offer one category of innovative alternatives, challenging the notion of who owns, creates, and distributes money. Crypto tokens built on the blockchain do not need a central bank to create and distribute tokens. Being digital-first, they can be affordably traded with some trust and security, since there is less risk of counterfeit currency and fewer steps in the transaction clearance process.

Nor do they need a commercial bank to maintain a ledger of transactions, thereby extending the possibility of financial inclusion to the under-banked through digital wallets. While crypto assets such as Bitcoin and ethereum are proving a popular speculative asset class, their extreme volatility and energy requirements make them ill-suited for everyday payments in which transactors need to trust the value of the currency they’re receiving.

Instead, stablecoins—which are cryptocurrencies pegged in value to an existing fiat currency, but with no backing by a central bank—offer a better model for everyday payments. But they could pose a threat to the current monetary system by introducing instability and fragmentation brought on by numerous coins that cannot easily be exchanged. At the same time, a decentralized system of currency has many analysts—and especially techno-libertarians—reimagining the world with far less government and central-bank influence over the economy.

Governments are now faced with the choice of banning these new financial tools or competing directly by updating their own toolkit, including with their own Central Bank Digital Currency (CBDC), a digital token representing its fiat currency and built for digital exchange.

The dark side of digital money

China is showing how such technologies can be used by autocratic governments. Its payment infrastructure has already surpassed that of other countries by disintermediating banks and using its domestic tech companies to facilitate payments through digital wallets and QR codes.

By launching its CBDC and moving toward a cashless society, China is seeking to capture the benefits of digital money while enforcing capital controls and consolidating its grip over all transactions. The CBDC would be distributed through China’s banks, taking some power back from tech platforms, such as Alipay, which the People’s Bank of China Governor Yi Gang said pose “challenges and financial risks.”

China has also cracked down on cryptocurrency trading and mining over fears of environmental costs, fraud, and money laundering. Despite these efforts, reports suggest that gambling, digital payments, and crypto assets continue to be used to launder billions of dollars out of China. Smaller fraudulent crypto payments are difficult to detect, while Cayman Islands- and Seychelles-based exchanges such as Binance and Huobi are not required to comply with all anti-money-laundering rules.

Experts have also warned that in addition to consolidating control and helping reassert the banking sector, the digital yuan gives China new tools for censoring and punishing its critics. According to Chinese state media, the government would be able to track individuals or organizations that run afoul of corruption, money laundering, and tax evasion laws—though many commentators suspect this power will be used to shut down the wallets of government critics.

China is also actively shaping international regulation to increase the yuan’s profile in global exchange, challenge the dollar-dominated global banking system, and ensure interoperability and data-sharing between countries to ensure “compliance.” If countries are able to implement wholesale, cross-border CBDC mechanisms at scale, these payment systems could begin to replace the US-backed SWIFT banking system as the preferred bank-to-bank transfer system. This could reduce the share of international trade and capital flows denominated in US dollars.

It is this transaction aspect of US dollar dominance that enables the United States to police global finance and levy powerful sanctions around the world.

Still, unilateral US sanctions are controversial, even among allies and partners, and China is far from the only country opposed to US actions that exploit its central role in the global monetary system. If China succeeds in implementing a digital yuan, it could generate significant economic and political dividends for Beijing and its state-centered model both at home and abroad.

Democratic digital money is a work in progress

Many liberal democracies are also exploring the viability of CBDCs in an effort to modernize their monetary systems, protect their sovereign control of money creation, and improve financial inclusion. Of these, Sweden’s Riksbank is leading the way and is currently in the testing stages of its e-krona currency. Similar to China, the proposed CBDC will operate through digital wallets and third-party payment systems—but unlike China’s CBDC, it is not intended to replace cash.

The United States appears far more skeptical on digital currencies. Federal Reserve Chair Jerome Powell said he was “legitimately undecided” about the overall benefit of CBDCs, while Congress is at an impasse over proposed crypto regulation. That said, the past few months have seen a dramatic increase in interest in CBDCs, including through the introduction of the CBDC Study Act in Congress, followed by House and Senate hearings on the topic.

Similar to the European Union, US stakeholders and representatives have raised a range of concerns that reflect the various democratic tradeoffs inherent to CBDCs.

The most bullish advocates are motivated by the need for the US monetary system to stay competitive as others embrace innovation. Neha Narula, who leads the Boston Fed-MIT collaboration on CBDCs, told lawmakers in June that a digital dollar offered a “ground-up redesign of our payment systems.” Narula said that “if we were able to create a well-designed interface to a central bank digital currency, we could do for the transfer of value what the internet did for the transfer of information, which is to create a platform for innovation.”

Another open question is the need for consumer privacy while working with private intermediaries to combat illicit finance and money laundering. The Bank of Canada’s thoughtful privacy-by-design recommendations for CBDCs, as well as Powell’s criticism of China’s digital yuan for allowing “the government to see every payment,” point to the fundamental difference in values between democracies and autocratic states.

Other democratic policymakers and central bankers appear nervous about disrupting the status quo and introducing instability to a system that worked relatively well for their economies. Such a CBDC would also need to support a competitive fintech ecosystem and would therefore need to be interoperable with new innovations in decentralized finance and digital payments.

Experts suggest that democratic governments will likely base their CBDC systems on a risk-based tiered approach: larger wallets with more than one million dollars in holdings will require stronger Know-Your-Customer protections, while basic wallets with smaller holdings will not require due diligence, allowing for anonymous, cash-like payments. This would help balance anti-money laundering standards with the need to increase financial inclusion.

As democracies engage in long and robust debates about the tradeoffs and risks of CBDCs, authoritarian governments continue to push forward with a simpler, centralized vision that strengthens their grip on power with significant geopolitical and human-rights implications.

The question is: Which system has the most to gain from digital currencies?

Arjun Bisen is a nonresident fellow at the Atlantic Council’s Digital Forensic Research Lab. He also serves as an advisor to technology companies and governments on the opportunities and risks at the intersection of technology, social impact, and foreign policy.

China’s drive to develop technologies fueled by data has given its corporate crackdown a more profound purpose: to expand the data sources available to the government.

Regulation: The solution to Bitcoin’s risks and unrealized benefits

Cryptocurrency regulation currently ranges around the world from nonexistent or partial regulations to prohibitions. Here are the key areas to focus on to build better policy.

The Federal Reserve worries about being too hasty in introducing a digital dollar, given the stakes as the world’s reserve currency. The greater geopolitical danger, however, is how quickly the Fed is falling behind.

Image: China's official app for digital yuan is seen on a mobile phone next to 100-yuan banknotes on October 16, 2020. Photo via Florence Lo/Reuters.