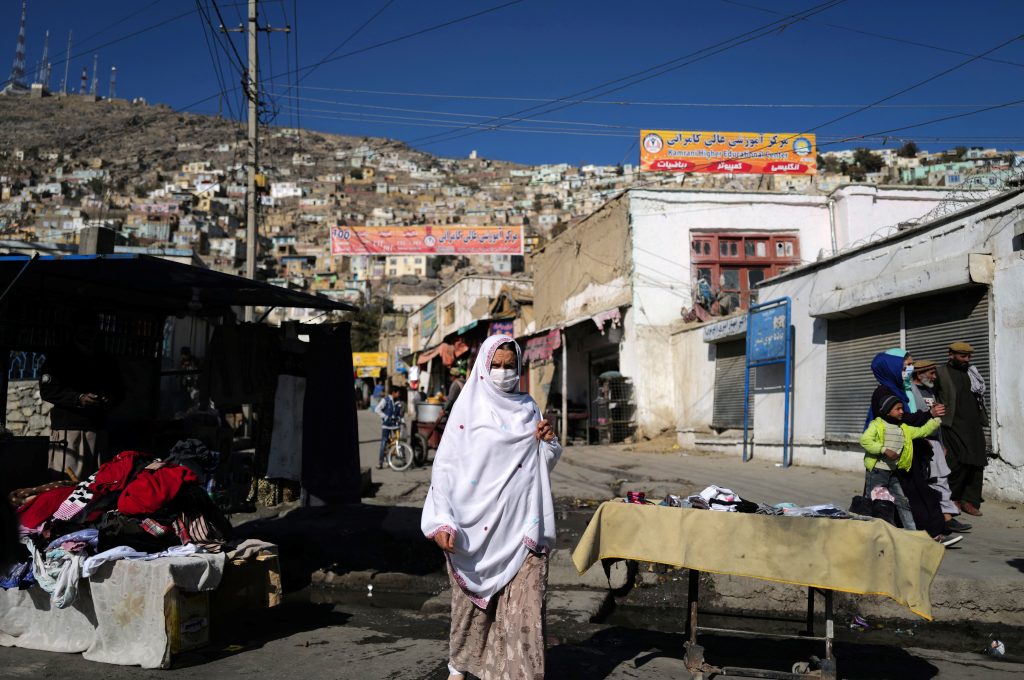 Before the Taliban takeover, Afghanistan’s economy, national budget, and the value of the Afghani (AFS) heavily depended on foreign aid. In lieu of the sudden halt of this funding and the absence of a well functioning domestic economy, however, the value of the AFS has declined sharply, leading to higher prices for basic commodities. A severe drought, freezing of Da Afghanistan Bank’s (DAB) foreign reserves, and the cutting off of aid has thus pushed most of the Afghan population towards famine.

Afghanistan depends on imports for most goods, supplies of basic needs, and raw materials for domestic production and industry. Lack of access to dollars makes it impossible for the Taliban-held DAB to provide international payment settlement services to Afghan importers. This has led to unaffordable prices and insufficient goods and supplies of basic needs in the market.

The US Treasury/Office of Foreign Assets Control (OFAC) recently issued six licenses paving the way for non-governmental organizations to provide aid. The licenses also permit banks to transfer money for supporting humanitarian efforts and to facilitate private remittances to the country. Unfortunately, these have not yet translated into action as many financial institutions are not willing to process payments for Afghanistan due to the fear of penalties and reputational risk for unintentionally violating sanctions.

Some fund transfer mechanisms were tested in the past few months but did not result in any concrete outcome. For example, the United Nations (UN) transported millions of US dollars in cash and deposited the funds in a private bank to finance the agency’s humanitarian effort. Rather than helping, however, the dollars are now frozen in the bank–unable to be used–because there is no method of converting dollars into AFS. The UN is now in the process of testing another swap system that has shortcomings of its own and may not help in overcoming the complex problems of the collapsing economy and humanitarian catastrophe at hand.

Before the Taliban takeover, donors deposited dollars in the DAB’s international accounts to fund government budgets and other projects in the country. The DAB, in turn, paid the Ministry of Finance in AFS for government expenditure through the budget. The DAB auctioned some of the dollars in open markets to maintain a certain AFS value and provide price stability while also using them to settle international payments for traders and businesses. Any remaining dollars were then added to the reserves for further backing of the AFS. It was an integrated network of functions that worked together to maintain currency value, provide price stability and international payment settlement services, and finance the national budget.

For a mechanism to be effective, it must be harmonious and consistent with the current Afghan financial structure developed over the past twenty years. Reactivating just one or two functions of the network will only create more problems for humanitarian finance, the Afghan economy, and may further endanger the whole financial sector. The mechanism must encompass the safe transfer of funds for humanitarian efforts without violating sanctions, revamping the economy by funding development projects and restarting trade, and providing support for the AFS as a result. Integrating humanitarian assistance into the financial sector will achieve all the above.

The Center for Afghanistan Economic Support (CAES) is a proposed mechanism prepared following extensive consultations with former DAB senior officials. The CAES is an aid-trade corridor that not only enables safe transfer of humanitarian assistance funds, but will also help to restart trade and support the value of the AFS. It is a non-profit temporary organizational setup that will take over part of the DAB’s function and ensure that current DAB institutions which have been developed over the years with heavy US investment are not undermined or dismantled. The main characteristics of the proposal are:

Humanitarian assistance is a temporary solution to a long-term problem in Afghanistan. To reduce aid dependency and give hope to a suffering population, it is essential that the economy remains somewhat functional and the Afghan currency holds some value. US President Joseph Biden’s recent executive order redirecting half of the DAB’s foreign reserves to humanitarian programs and half for the families of the 9/11 attack victims is another blow to the Afghan currency and economy. Without the full reserve funds as backup, the Afghan currency is only a piece of paper.

Ideally, all or part of the reserve funds must be released to the DAB which has systems in place to ensure funds are used only for economic activities. The DAB is well developed and possesses all modern processes including full adherence to anti-money laundering, countering the financing of terrorism, and other international finance laws. Given current political conditions, it may be difficult for the Biden administration to release these funds to Afghanistan. However, the administration must make every effort to at least preserve the funds for Afghanistan in an account at the federal reserve until conditions normalize in the country. This, combined with an effective aid fund transfer mechanism such as the CAES, will ensure some confidence in the Afghan currency and prevent the economic and humanitarian landscape from collapsing completely.

Gul Maqsood Sabit teaches business at Ohlone College of Fremont, California, USA. He is the former Deputy Minister of Finance in the government of Afghanistan and former President and CEO of Pashtany Bank, a state-owned bank in Afghanistan. He can be reached at [email protected]

On February 11, 2022, US President Joe Biden issued an executive order paving the way for the splitting of $7 billion in frozen funds controlled by the former Islamic Republic of Afghanistan. This move has caused significant controversy.

On Afghanistan’s $7B question, Biden gets it right

The administration has been playing kabuki to ensure at least some cash makes it to the Afghan people.