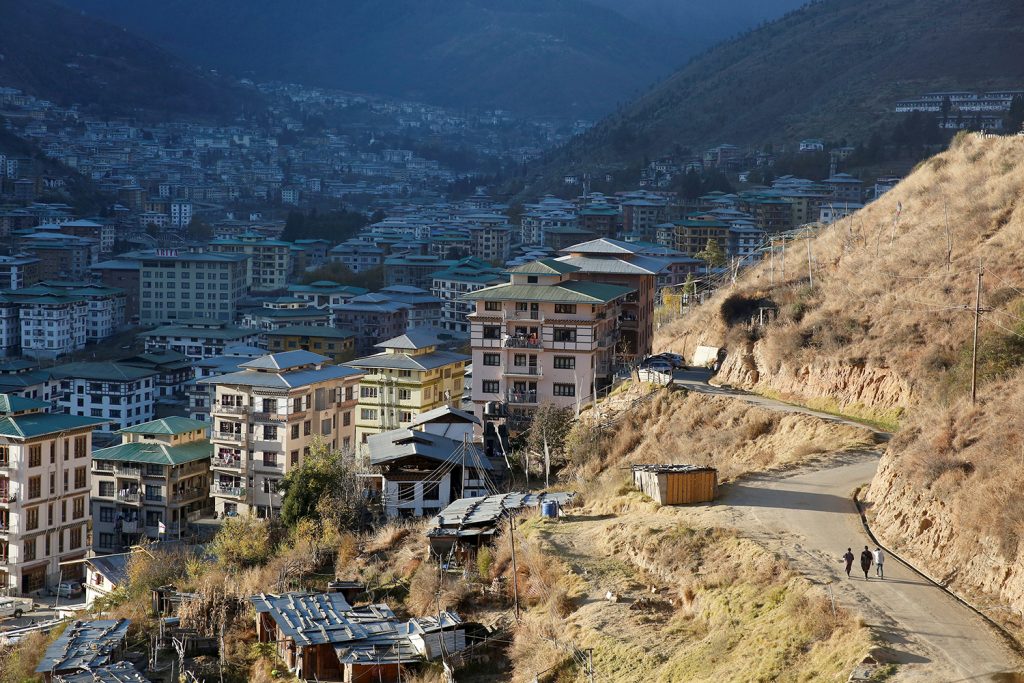 An interview with the Honorable Prime Minister of Bhutan, Dr. Lotay Tshering

The South Asia Center hosts the Honorable Prime Minister of Bhutan Dr. Lotay Tshering to discuss his government’s strategy for economic growth, environmental preservation, and engagement with the international community.

Prime Minister Tshering opened the interview explaining a key tenet of his country’s Gross National Happiness (GNH) metric. Contrary to popular belief, this “happiness” is not limited to an individual’s fleeting feelings but rather encompasses the holistic well-being of the country—including that of the environment.

Continuing the conversation on Bhutanese healthcare, Nooruddin described how COVID-19 has exposed many inequities in healthcare systems around the world. The Prime Minister declared that inequities between races, ethnicities, and class do not apply to Bhutan because of the country’s free healthcare. While it still has progress to make in terms of quality and tertiary care, Bhutan’s primary care system remains very strong and well-connected. This primary healthcare system was the most important component of the country’s COVID-19 response, exemplified by Bhutan’s proactive, zero-death policy as soon as three weeks after the pandemic began in China. Under a united leadership, Bhutan has effectively combated COVID-19.

Nooruddin pivoted to discuss Bhutan’s impressive carbon-negative status, the first country in the world to achieve this designation. The Prime Minister greatly attributes this success to Bhutan’s constitutional provision that at least sixty percent of the country be covered by forest. Having exceeded this requirement to today’s level of seventy-one percent, he added that at least half of that forested land is further protected as national parks and biological corridors. This environmental awareness reflects GNH principles that the country has followed since the 1970s, and the Prime Minister believes Bhutan can act as an example for the many countries who are still aiming for carbon-neutrality by 2050.

The future of Bhutan-Bangladesh cooperation, and other foreign policy objectives

Opening the floor to Dr. Shahid, the Prime Minister discussed his hopes for greater cross-border energy projects between Bhutan and Bangladesh in the near future. Regarding developments in the Bhutanese educational system, the Prime Minister discussed a major overhaul that included various initiatives for professional and youth development. At the intersection of health and education, Bhutan is working toward improved health outcomes for mothers and newborns through increased ante-natal meetings and delivery success rates. Coding education initiatives are also being pursued throughout the country to better match students with the increasingly technological job market.

In closing, the Prime Minister elaborated on Bhutan’s foreign policy with regards to South Asia and other regions. For a small country like Bhutan, he emphasized that all neighbors are important to Bhutanese policy. Neighboring India and China, both of which have massive populations and economies, means that Bhutan is in close proximity to significant potential economic opportunities. Feeling that he has no right to tell other countries what to think, the Prime Minister does not personally mind that Bhutan is not a top priority for large countries such as the United States. His remarks concluded with support for prayers that all of Bhutan’s neighbors may be friendly, so that the country may continue its path of remarkable holistic growth.

Image: A general view of housing in the capital city of Thimphu, Bhutan, December 11, 2017. REUTERS/Cathal McNaughton