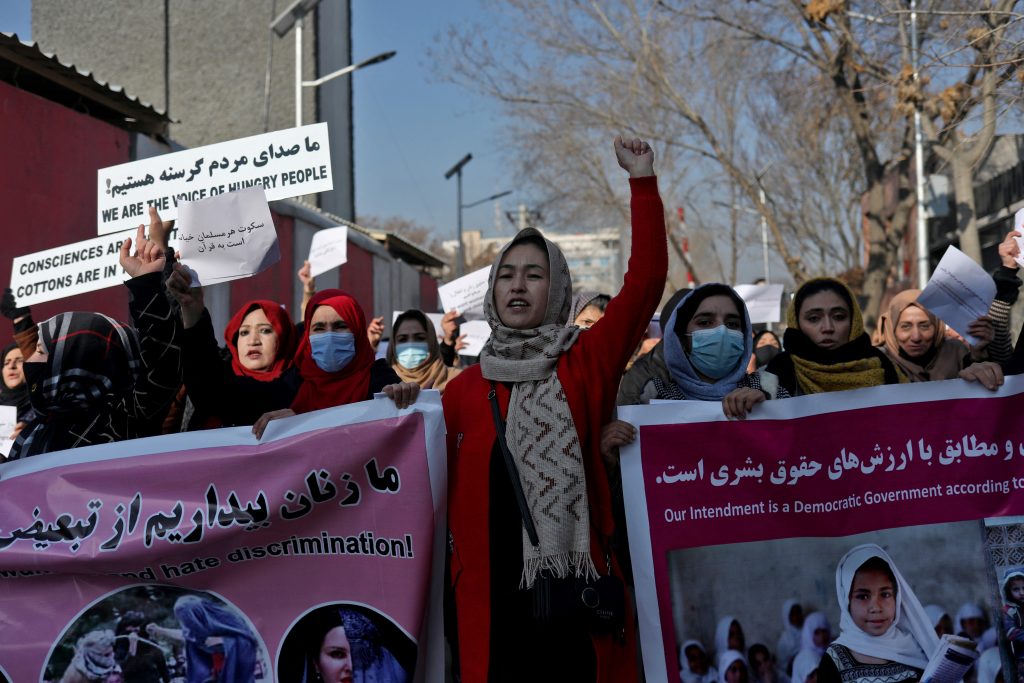 In July, the US Department of State launched the US-Afghan Consultative Mechanism in partnership with the United States Institute of Peace, Atlantic Council, Georgetown Institute for Women, Peace and Security, and Sisterhood is Global Institute. As the Taliban continues to strip women and vulnerable groups inside Afghanistan of their human rights, the Mechanism intends to provide international platforms for Afghan women who are scattered around the world, track human rights violations, and identify ways that the international community can support inclusive peace in Afghanistan. Notably, while speaking at the launch, an Afghan woman activist expressed a crucial point that the international community must heed:

“Communities have been working at the local level and know better than anyone what their needs are.”

Research indicates that, over the past two decades, even the well-intentioned among foreign peacebuilders in Afghanistan tended to dismiss such messaging. We conducted interviews in the winter of 2022 with Afghan and foreign peacebuilders who worked in Afghanistan’s government ministries, multilateral agencies, non-governmental organizations, and the military, as well as with humanitarian aid recipients. These interviews suggest two key lessons about supporting women’s rights in peacebuilding. They also demonstrate that, though Afghan women have been included in certain peacebuilding efforts, these experiences were largely tokenist and minimally empowering.

Foreign peacebuilders’ approach of strong-arming and talking down to local counterparts undermined their aims to advance women’s rights. Across diverse sectors of peacebuilding, Afghans described the widespread sentiment that “foreigners think that they know better than you what you need” and “Afghans are seen as numbers, not people.” Consequently, peacebuilding failed to operationalize plans for gender equality.

The all-or-nothing approach of peacebuilding missions and personnel did not allow locals to engage in good faith. For example, at the local level, foreign peacebuilders established community development councils (CDCs), democratically-elected bodies designed to govern villages and allocate funding for small-scale development projects. CDCs were required to be 50 percent female in order to receive funding. However, village elders’ inability or refusal to meet this requirement along with their need for funding resulted in the widespread fabrication of women’s participation.

Similar outcomes emerged in efforts to increase women’s inclusion in the workforce. An interviewee recalled the World Bank pressuring the Ministry of Education to increase the number of female teachers “overnight” in the historically more conservative south and east of Afghanistan. The threat of losing funding led Afghan officials to agree to these unattainable demands.

Even grassroots peacebuilding was compromised. Being lectured about the importance of gender equality for two decades habituated civil society groups to foreign peacebuilders’ preferences. This motivated locals to shape the goals and methods of project proposals to appease donors when they were unrealistic in the short term.

Research shows that, over the past decade, girls in the Global South have become icons of investment and saviorism. International organizations and donors have argued that investing in girls results in a chain of positive effects, including the deepening of women’s rights, upward trends in national production, more peaceful societies, and “world salvation.”

These arguments were made in Afghanistan where women’s representation in politics and the economy was framed as a panacea—a standalone solution to patriarchal attitudes, violence, and steep socioeconomic challenges. The breadth and depth of demands placed on women’s seats at the table pitted few female representatives against the exclusionary strategies of intervenors, which limited women’s capabilities.

For example, several of our interviewees expressed that donors and foreign peacebuilders pressured Afghan women to make compromises on women’s rights to suit the objectives of US strategy. Following the renewal of US negotiations with the Taliban in 2019, donors told members of the Afghan Independent Human Rights Commission (AIHRC) to address women’s rights from an Islamic perspective. This privileged the Taliban’s interpretation of Islam and asked female AIHRC members to sacrifice the rights of women they were expected to represent.

The constraints placed on women peacebuilders were also evident during the prisoner swap, when five thousand Taliban inmates were released, including four-hundred hardline fighters who were involved in large-scale attacks across the country. Members of the AIHRC asked foreign peacebuilders for transparency on behalf of victims, but they were excluded from discussions about the prisoner release. Women representatives could not further gender equality when at the helm of human rights oversight they could not even challenge the release of perpetrators.

Our research suggests that foreign peacebuilding’s efforts at promoting moral and strategic imperatives without real local input constrains women representatives and impedes steps toward gender equality. Women’s seats at the table have become a consolation prize amid the harmful actions of government agencies, multilateral organizations, foreign aid organizations, and foreign peacebuilders themselves.

As such, Afghan women have been included, but not empowered.

This was in part because Afghans in general were included into their own governance, but ultimately lacked the power to shape their future. Their fates were significantly determined by the choices of foreign and violent actors. This reality was never starker than at the moment when it mattered most: at the US-Taliban negotiations in Doha, Qatar. Not just women representatives, but the entire Afghan government, was excluded. Ultimately, the solution is power, and neither the United States nor the Taliban are willing to give it up when it is not in their interest.

Afghanistan has amplified the need for a course correction. The international community can only support Afghan women if it allows more room for local agency in peacebuilding.

Sophie Mae Berman is currently a member of the project “On Fair Terms: The Ethics of Peace Negotiation and Mediation” at the Peace Research Institute Oslo (PRIO) and a former intern with the Atlantic Council’s South Asia Center.

Dr. Yelena Biberman is a non-resident senior fellow with the Atlantic Council’s South Asia Center and an associate professor of political science at Skidmore College in Saratoga Springs, New York. Her book, Gambling with Violence: State Outsourcing of War in Pakistan and India, was published by Oxford University Press in 2019.

Supporting Afghan refugees: A case for cultural sensitivity and humility in resettlement practices

In recognition of the one-year anniversary of the Taliban retaking control of Afghanistan, the authors of this publication seek to raise awareness of the whole person needs of settled refugees in the United States by highlighting experiences of a number of newly resettled Afghan refugees.

Ask ten individuals about the Taliban, and you will receive ten different answers—or as one might phrase it, the “Taliban in the eye of the beholder.”

Islamabad’s long standing objective—to have a dependent government in Kabul—has finally burned to the ground.

Image: Afghan women shout slogans during a rally to protest against what the protesters say is Taliban restrictions on women, in Kabul, Afghanistan, December 28, 2021. REUTERS/Ali Khara