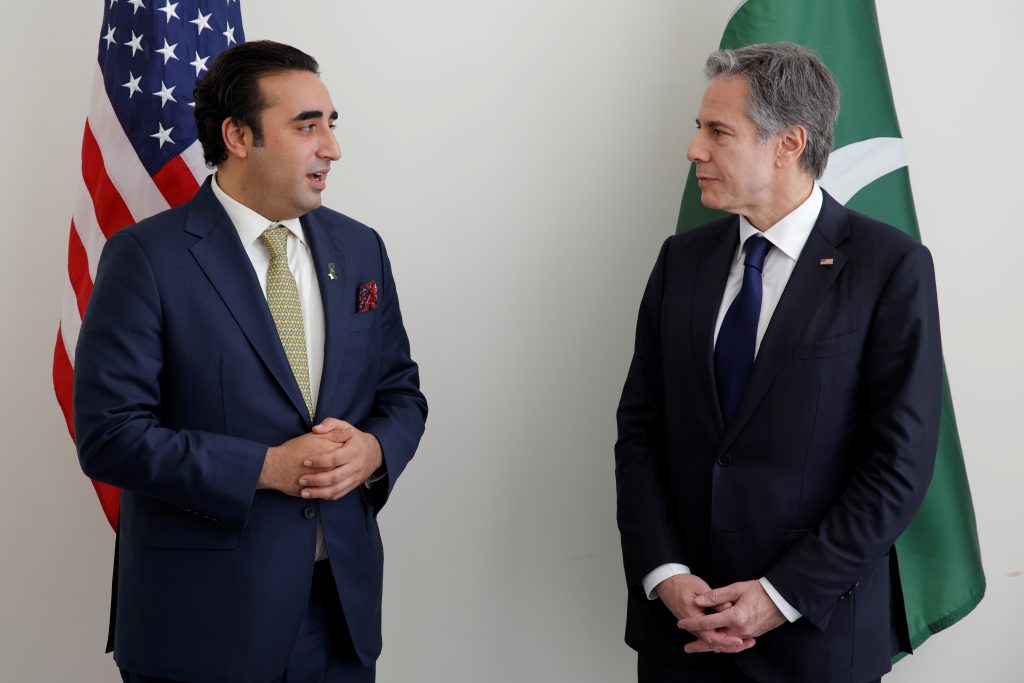 On October 12, 2022, the Biden administration released its first National Security Strategy, in which US President Joseph R. Biden commits to not leaving the United States’ “future vulnerable to the whims of those who do not share our vision for a world that is free, open, prosperous, and secure.”

According to Biden, it is a 360-degree strategy, one that is not only grounded in the world of today but is also in line with where and how Washington wants to move going forward. The Strategy lays bare the administration’s view of the world, evolving threat-matrix, and how it should be navigated. Indeed, its framework will dictate how the United States deals with various regional and global actors. That this document outlines what Washington intends to do implies that Islamabad, despite not being mentioned once, can glean much from it, especially at a time when Pakistan is looking to reset ties with the United States.

If the Strategy is anything to go by, there are three broad takeaways for Pakistan that it must take into account while adjusting its own policies in the region and vis-à-vis the United States.

Pakistan is no longer a priority for the United States

That Pakistan is not mentioned once in such an important document made public by the Biden administration means that the country, simply put, is not a priority for the United States. This implies that efforts aimed at significantly improving Pakistan-US relations will only be able to achieve so much.

In other words, their engagements will be restricted by structural factors, including the issue of Islamabad not being a major part of Washington’s strategic calculus in the region. Resultantly, parleys between high-ranking officials will be infrequent. The gambit of relations becomes smaller and chances of resuscitating a series of strategic dialogues slimmer. It is thus important for Pakistani officials to lower their expectations of the United States and tailor policies and approaches accordingly.

All this, it must be stressed, is not necessarily bad news for Pakistan and its relations with the United States. In fact, Islamabad not being expected and asked to deliver tangible, actionable results helps stave off undue pressure on it. Furthermore, it also rules out the prospect of an immitigable rupture in Pakistan-US relations. Here, it should be noted that ties deteriorated precipitously when the list of asks from Washington was long and elaborate. For instance, in 2011 when a series of subversive events dented Islamabad’s ties with Washington, both sides acted as estranged allies simply because each felt that the other party was not doing enough to address their concerns. Now, away from unwanted and wanted glare, these relations can just tread a steady path.

This will allow for policymakers in Islamabad and Washington to pluck low-hanging fruits such as cooperation on pressing concerns like climate change. It will also give both countries an ideal opportunity to move the conversation away from security-centric subjects and towards people-centric ones, not least those pertaining to education and trade. So, while Pakistan finds itself way down in the US pecking order, it has a chance to engage that country in conversations which could result in positive outcomes.

The India-US nexus will complicate Islamabad’s relations with Washington

That the Strategy commits the United States to not only countering China but also partnering with countries like India is something that will affect Pakistan. As one of the major participants in China’s gargantuan Belt and Road Initiative (BRI), Pakistan cannot remain unfazed when Washington commits itself to ensuring that the Indo-Pacific remains free and open.

What’s more, when the United States dubs China its principal competitor in the region and agrees to strengthen partnerships to combat it, Pakistan must ready itself to face the consequences of that country’s bonhomie with India, especially in the military domain. India, buoyed with defense and logistical support from the United States, could try to flex its muscles against Pakistan, something that it is already enthused about.

Both Pakistan and China will also have to buttress security of the China-Pakistan Economic Corridor (CPEC) and its fulcrum in the Gwadar port, not least because one of the best ways for New Delhi to deliver results for Washington’s anti-China campaign is to subvert CPEC. By virtue of playing host to the flagship project of the BRI, Pakistan could become a natural and automatic casualty in the game of economic and military coercion between the United States, its partners, and China. Therefore, it is reasonable to argue that Pakistan will have to navigate the negative repercussions of the brewing rivalry between Washington and Beijing.

Islamabad, it must be stated, will have to carefully strike a balance between its efforts to rejig ties with the United States and those aimed at achieving its core objectives, including augmenting comprehensive security.

The tough language used against Iran and Russia in the Strategy suggests that the United States remains committed to a muscular approach toward them. Already crippled by a debilitating economic crisis, Pakistan will find itself in a web of troubles if, for instance, Washington takes further punitive actions against Iran. This is not far-fetched given that the fate of the rejuvenation of the Joint Comprehensive Plan of Action hangs in the balance. Targeting Iran through kinetic and non-kinetic means will add to existing volatility in Pakistan’s neighborhood. This development will not bode well for a country in dire need of some modicum of stability right now. A turbulent Middle East, coupled with the resultant upsurge in oil prices and disruptions in supply chains, will mar Pakistan’s efforts at leveraging its geoeconomic potential.

Similarly, continued turmoil in Europe and rising tensions between Washington and Moscow hold serious consequences for Pakistan. It will, among other things, be pressured to disengage from Russia, and in the process miss out on diversifying its sources of energy. If troubles were to increase between Moscow and Washington, Islamabad’s ties with both the former and the latter will come under scrutiny.

Pakistan will not want to be coaxed by the United States to jump on its anti-Russia bandwagon. Also, apropos of its ties with Moscow, Islamabad will not like to impede the steady, incremental improvements in them. Hence, it would be prudent for Pakistani policymakers to carefully observe trends in US policy toward Iran and Russia going forward.

In sum, it is reasonable to stress the importance of Washington’s National Security Strategy for audiences in Islamabad. To ignore the Strategy just because it does not mention Pakistan would be incredibly shortsighted, primarily because whatever the United States plans to do—directly and indirectly—will affect it. While Pakistan not being a priority for Washington gives it breathing room to mend fences with the latter, it must prepare to navigate challenges that the Strategy’s focus on countering China, embracing India, and pulling the plug on Iran and Russia will bring to the table.

Pakistan must learn to live without ‘Daronomics’

The temptation will be high for Pakistani Finance Minister Ishaq Dar to play Daronomics again, to the detriment of Pakistan in all but the shortest of short runs.

Islamabad’s long standing objective—to have a dependent government in Kabul—has finally burned to the ground.