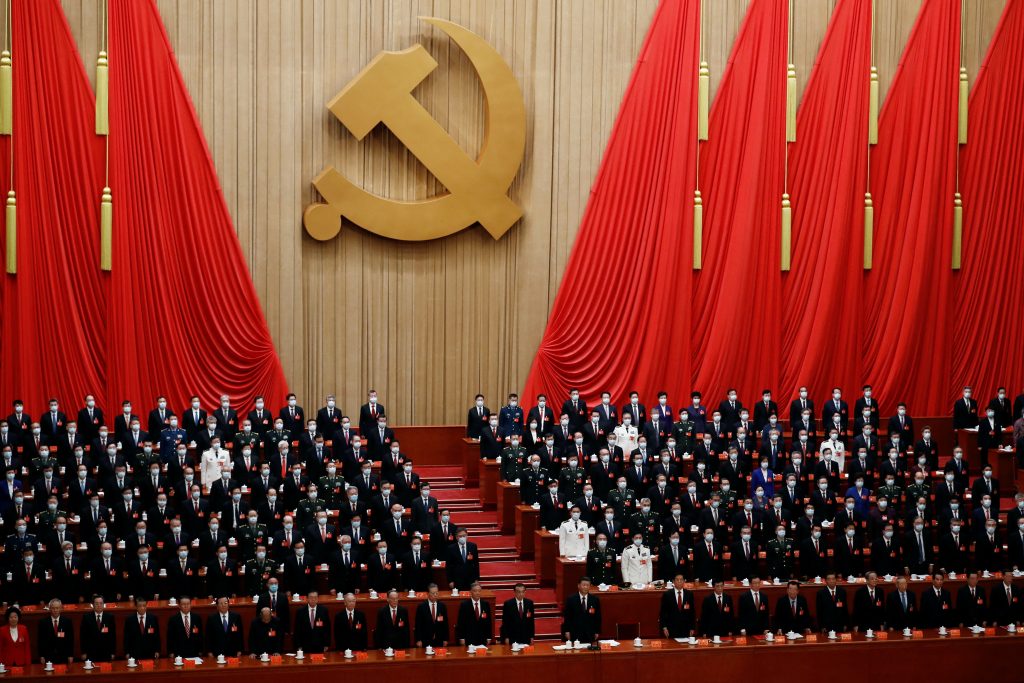 China’s Party Congress. At a momentous gathering of the Chinese Communist Party Congress, President Xi Jinping secured a third term as general secretary of the party, breaching the customary two-term limit. Xi consolidated his authority at the top of the Chinese political system, replacing several Politburo officials with close allies. In a speech before the congress, he stated that the country faced “dangerous storms” ahead, and made clear that while it seeks peaceful unification with Taiwan, China would decide how and when to bring this about and that it reserved the right to use “all measures necessary.”

Ukraine in the Dark.  Russian forces initiated an intense aerial bombardment campaign across Ukraine, targeting power systems and other critical infrastructure and leaving large portions of the country without water or electricity. Separately, in calls with his American, British, and French counterparts, Russian Defense Minister Sergei Shoigu accused Ukraine of planning to use a “dirty bomb,” a claim rejected by Western officials as a pretext for possible further Russian escalation. G7 leaders warned that any use of chemical, biological, or nuclear weapons by Russia would be met with “severe consequences.”

Biden’s New Strategy.  In his new National Security Strategy (NSS), President Joe Biden made clear that the primary goals of the United States over the coming years will be “outcompeting China and restraining Russia.”  To deal with these and other transnational challenges, the strategy sets forth a “dual track-approach” that involves deepening US cooperation with democracies and like-minded states, while seeking the broadest possible coalition to tackle any given issue. The administration also released its National Defense Strategy, outlining US defense priorities for dealing with Russia, China, and other major security threats. In response to the NSS, Beijing accused Washington of “Cold War thinking.”

“We are in the midst of a strategic competition to shape the future of the international order… Autocrats are working overtime to undermine democracy and export a model of governance marked by repression at home and coercion abroad… We will partner with any nation that shares our basic belief that the rules-based order must remain the foundation for global peace and prosperity.”

On balance, with the electoral developments in Brazil, the democracy pillar was strengthened.

On balance, the security pillar was weakened.

On balance, the trade pillar was unchanged.

Overall, the alliance pillar was unchanged.

Image: Chinese President Xi Jinping and other officials attend the closing ceremony of the 20th National Congress of the Communist Party of China, at the Great Hall of the People in Beijing, China October 22, 2022. REUTERS/Tingshu Wang