The situation in Idlib remains unstable as airstrikes continue almost daily in this last remaining de-escalation zone in Syria. Locals protest on and off with the latest on September 6, 2019, to bring awareness to the airstrikes led predominately by Russian and Syrian regime forces with sporadic US forces targeting al-Qaeda affiliated Hay’at Tahrir al-Sham (HTS).

Despite this unstable situation, life goes on in Idlib. A local Syrian civil society organization, Kesh Malek, is focused on supplying humanitarian aid and services to Syrians throughout Syria. It was started by a group of young Syrians in late 2011. The group called itself “Kesh Malek” meaning checkmate in Arabic to reference a chess move that removes the ‘king.’ It references the president of Syria in its mission in order “to get the Syrian Republic back.” The focus of Kesh Malek is awareness building and organizing advocacy campaigns.

One of its successful media campaigns this year is the Syria Banksy project. Named after the infamous and influential graffiti artist, Banksy known for his political tongue in cheek graffiti murals around the world highlight current events. The Syria Banksy project aims to amplify Syrian voices to the international stage and advocate for the values that originate from the Syrian revolution of freedom, dignity, and justice. The Syria Banksy campaign started in March 2019 to coincide with the eight-year anniversary of the Syrian Revolution as an effort to revitalize the catalyst of the revolution when young schoolkids left graffiti messages on a street in Daraa.

In this campaign, the graffiti artists are doctors, humanitarians, and media journalists. None of the civilians who paint the graffiti are willing to show their identity; in homage to Banksy himself as well as for their safety. Mostly they are people who desperately want to send a message to the world and to highlight the situation in Idlib and Syria. The graffiti is purposely written in English and referencing international events to target western audiences. 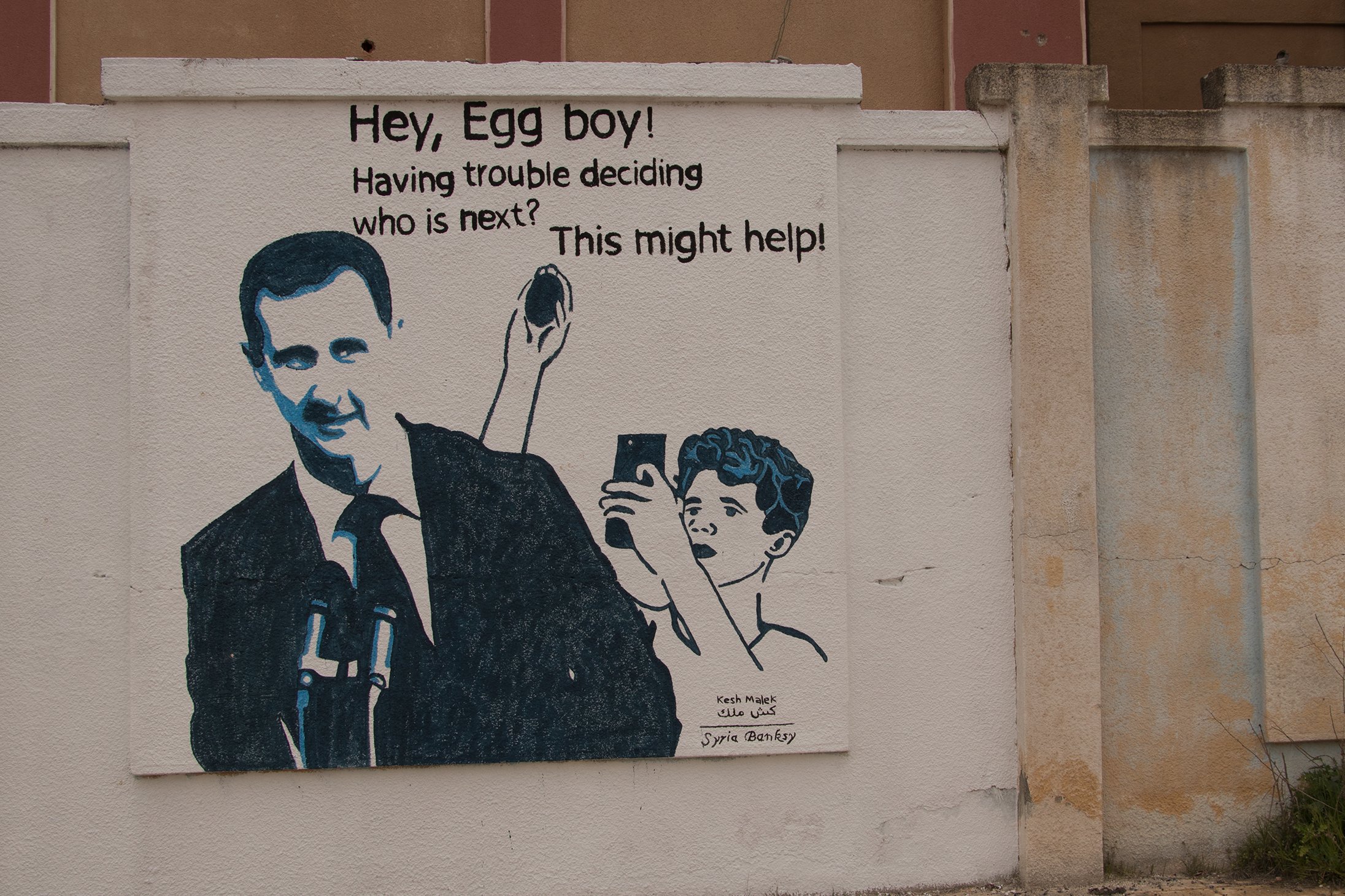 • March 29, 2019: Egg boy: “Hey Egg boy! Having trouble deciding who is next? This might help” referring to the Australian teenager that egged a far right politician blaming Muslim immigration on the Christchurch attack. 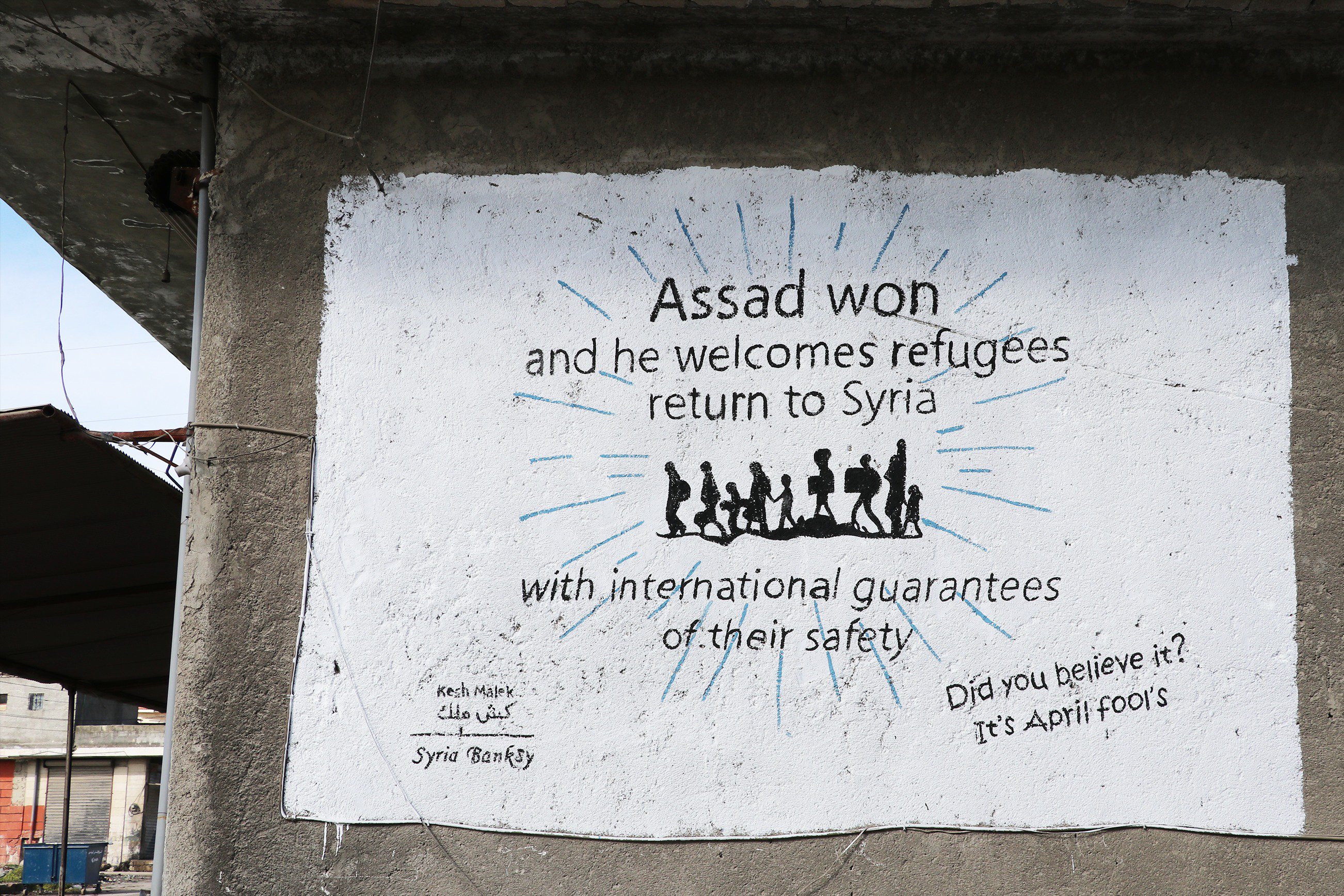 • April 1, 2019: April fools: Assad won and he welcomes refugees return to Syria; references the ongoing campaign by the regime to encourage people to return which has worked as it pressures Lebanon to force refugees to leave through unbearable living conditions. 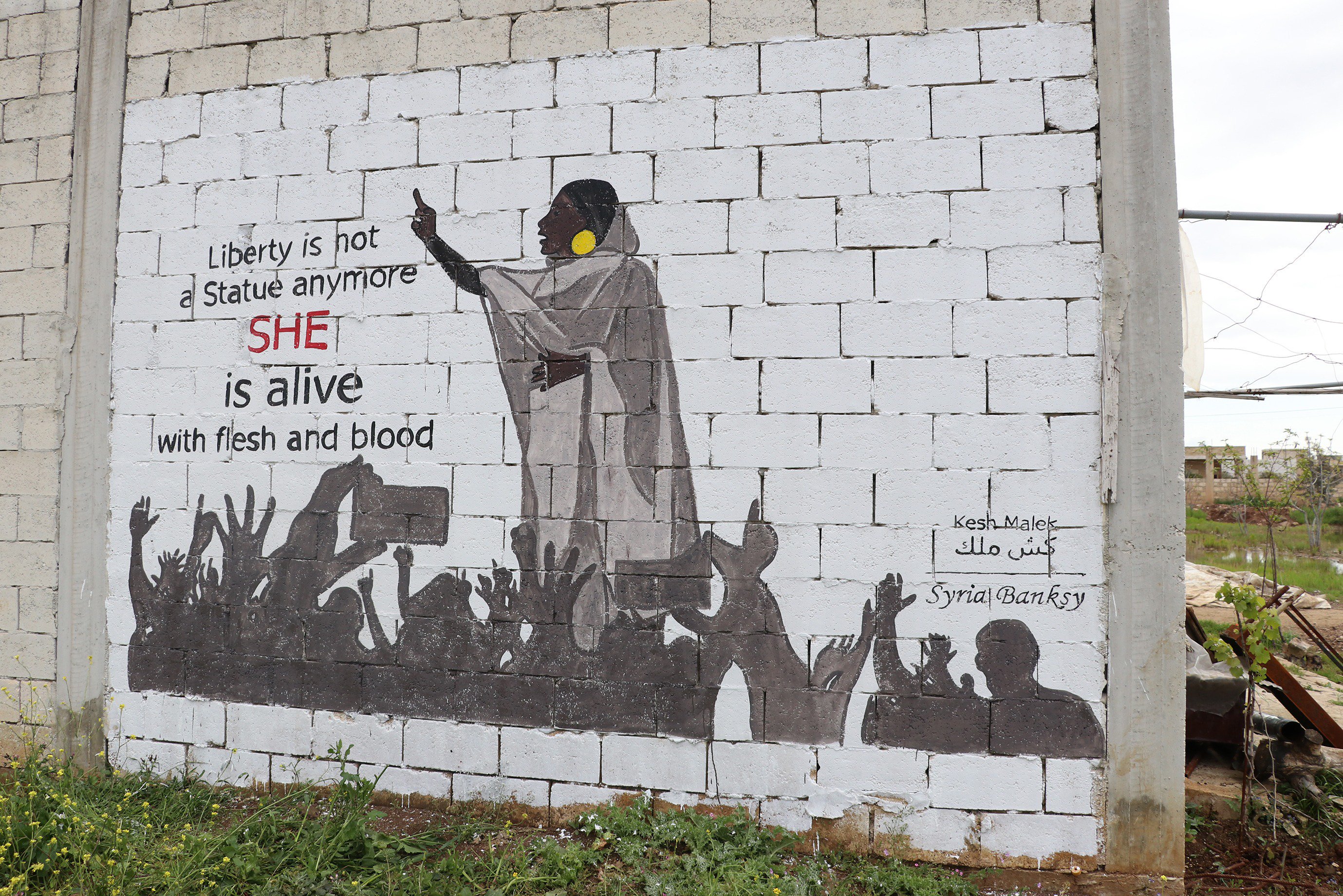 • April 11, 2019: Sudanese woman: liberty is not a statue anymore, She’s alive with flesh and blood in support of the Sudan uprising led in large part by Sudanese women. 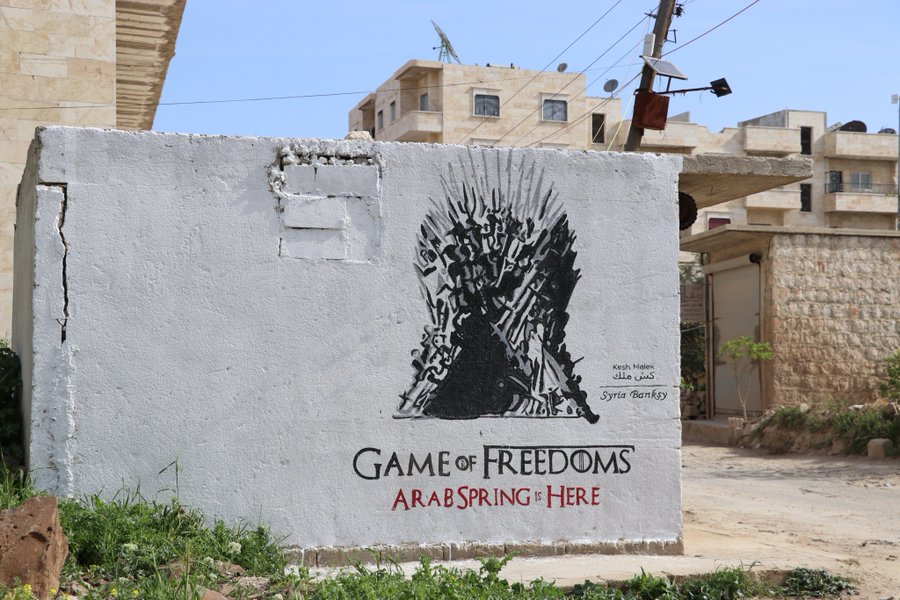 • April 15, 2019: Coinciding with the finale of the final season of Game of Thrones. 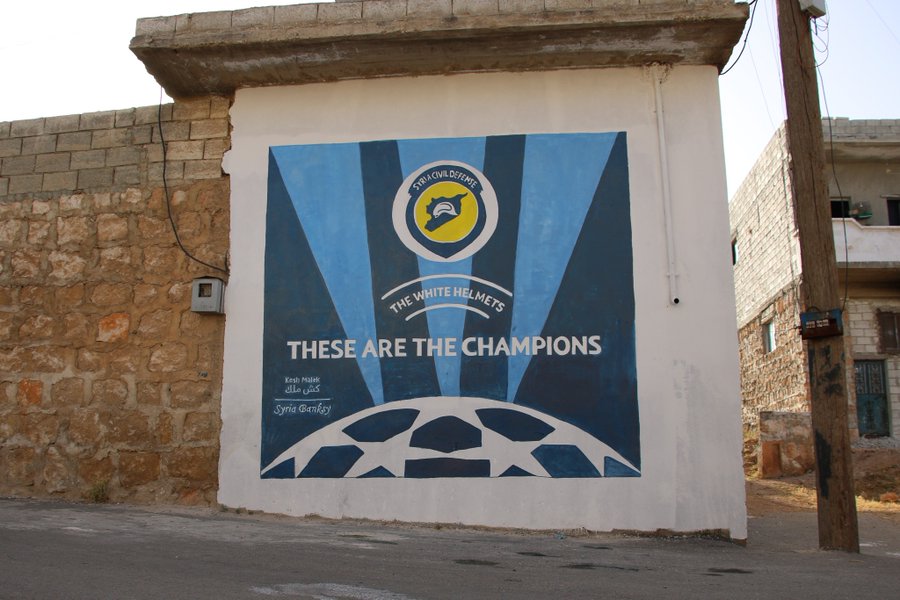 • June 1, 2019: The White Helmets: These are the Champions. In response to the soccer Champions League final and to highlight that for most Syrians, the White Helmets are their MVPs in this conflict.

The Syria Banksy project is an ongoing campaign fraught with danger from continuous airstrikes. However, the Syrian youth are eager and determined to show that there are normal and modern civilians in Idlib. The goal is to shake up the international community away from the violent and apathetic portray of Syria to instead showcase commonalities with the rest of the world through art and humor.

This is part one of a two part video series focused on the Kesh Malek campaign.

Within this project, local volunteers planned and organized graffiti murals, based off of London artist and social commentator Banksy, reflecting on current events while tying in the Syrian conflict.

The evolution of Syrian revolutionary art

Perhaps, it is unsurprising then, that political posters and street art became so ubiquitous in the Syrian Revolution. The regimes of the Middle East knew the political potential for art. For this reason, it has always been closely monitored.