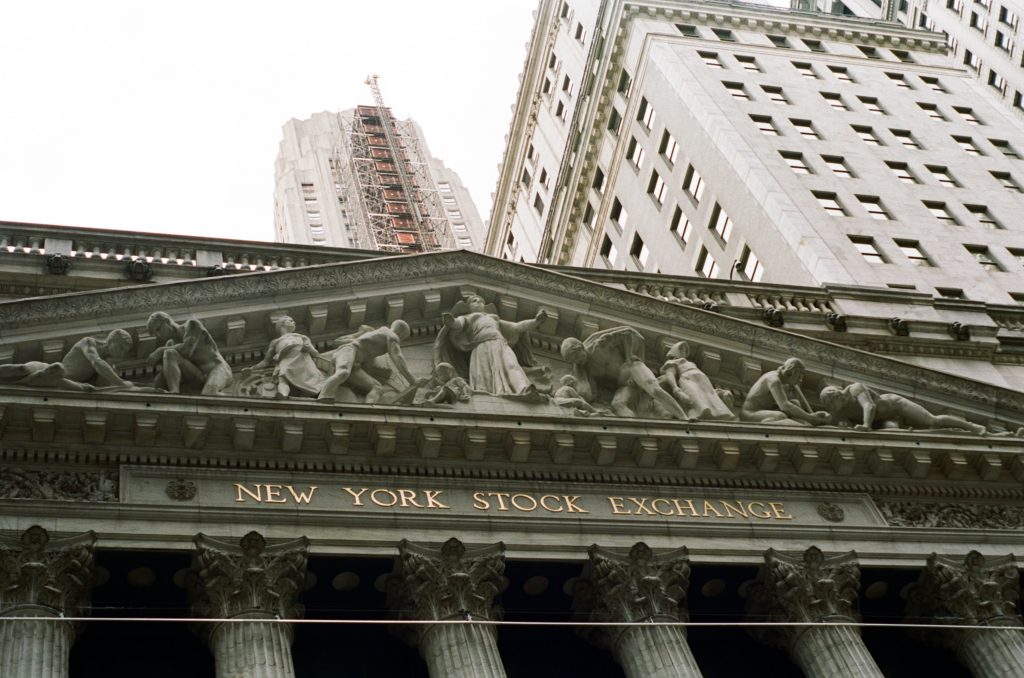 Chinese companies are taking advantage of Wall Street’s recent surging share prices, issuing $11 billion of shares through initial public offerings (IPOs) as of late April, a 440 percent increase from a year ago. Dozens more Chinese firms from the technology and e-commerce sectors are lined up to follow.

But this record level of IPOs may be less significant than the numbers suggest, because the regulatory doors in both Washington and Beijing are beginning to close on Chinese share issues in the United States. Accelerating US-China political tensions are casting a shadow over an important component of the two countries’ economic ties: the flow of capital between their financial markets.

In the United States, the Biden administration continues to conduct an in-depth review of the country’s China policy, but the administration is showing every sign that it intends to keep in place trade and investment restrictions imposed on Chinese corporations during the Trump administration. That stance is exemplified by the Securities and Exchange Commission’s first steps to codify a law that requires foreign companies listed in the United States to adhere to US auditing and disclosure standards or face ejection from the exchanges. The law, aimed at Chinese companies that will likely have trouble fulfilling the standards, could result in hundreds of Chinese companies being ejected from the New York Stock Exchange (NYSE), Nasdaq, and over-the-counter (OTC) market.

At the same time, a May 27 deadline looms for implementation of an executive order inherited from the previous administration requiring US investors to divest in the coming year all investments—anywhere in the world—in a group of Chinese companies designated as having ties to the Chinese military. In addition, the administration has followed its predecessor’s lead in imposing restrictions on commercial interactions with a broader group of Chinese technology-related companies that have military ties. The Trump administration’s restrictions already have resulted in the delisting of three Chinese telecommunications companies from the NYSE early this year. Many of the other, proscribed Chinese companies are also listed on US markets.

Meanwhile, the government of Chinese President Xi Jinping is steadily tightening its regulations governing internet giants, like Alibaba Group and Tencent Holdings, that have led the e-commerce, social media, and fintech innovations that are transforming China’s economy. What began as crackdown directed at a planned IPO in China by Alibaba’s financial arm, Ant Group, now has rapidly expanded into an assertion of stricter supervision over several online conglomerates, with the government restricting online finance and levying heavy fines for alleged monopolistic practices.

That campaign, along with an effort by Chinese financial authorities to contain the flow of “hot money” into China’s stock markets, is resulting in restrictions on IPOs in the fledgling technology-oriented stock markets in Shanghai and Shenzhen. Hundreds of companies are cancelling or delaying share issues amid intense official scrutiny of their plans. Chinese regulators are also focusing on the rush of IPOs to Wall Street by asserting control over the offshore legal vehicles—called variable-interest entity structures—that had enabled corporate China to list overseas with little government oversight. While Beijing’s actions appear to be less about its policy toward the United States, and more about internal political dynamics, the cumulative impact is to cast a shadow over its companies’ aspirations to take advantage of what has been a more welcoming US investment climate. Ironically, this is occurring just as the United States begins to withdraw the welcome mat to Chinese companies.

What is at stake as the regulatory climate shifts on both sides of the Pacific is a growing web of investments involving vast pools of capital in both the United States and China. The Rhodium Group estimates that, as of the end of 2020, Chinese and American investments in each other’s stock and bond markets totaled as much as $3.3 trillion, with US investors owning about $1.1 trillion Chinese stocks and about $100 billion in debt instruments. Chinese holdings of US treasuries alone total about $1.1 trillion—most of that representing Chinese government purchases. Nearly 250 Chinese companies are listed on US stock exchanges, with a cumulative market capitalization of over $1.8 trillion as of late March 2021. That is equivalent to about 3.7 percent of the capitalization of all listed US companies in the United States, including OTC stocks.

The process that the Biden administration has launched that could lead to the delisting of Chinese companies (discussed at length in this paper) could have the greatest negative impact on this trend of growing financial ties. The core issue involves the inability of US regulators to examine the audit work conducted by accounting firms in China and Hong Kong for the companies listed on Wall Street. This has followed years of scandals involving listed Chinese companies’ cooking their books. A long standoff over the issue led the US Congress last year to pass the Holding Foreign Companies Accountable Act (HFCA), which President Trump signed in December 2020. The Securities and Exchange Commission issued implementing regulations on March 24, 2021, which went into effect at the end of April.

If the Public Company Accounting Oversight Board (PCAOB), a nonprofit corporation established by Congress to oversee the audits of listed companies, certifies that it has not been able to review the Chinese companies’ audits for three consecutive years, then the SEC is empowered to delist those companies. When the SEC’s clock will start ticking is still to be formally determined, but it is possible that delisting could begin as soon as 2024. The listed companies already are making plans to decamp by setting up secondary listings in Hong Kong, a more welcoming destination now that IPOs have become so difficult in mainland markets. In the past year, the Hong Kong stock exchange has revised its listing requirements to make it easier for technology and internet companies to list, a regulatory step that has opened the door to the secondary listings.

The Chinese government has placed roadblocks in the path of PCAOB audits on national security grounds, although many of the Wall Street-listed companies do not have any clear government or military connections. While there has been some hope that a solution to the issue still might be negotiated in the next three years, the new law will complicate any talks. That is because the regulations go beyond the audit issue to require companies to certify that they are not owned or controlled by “a government entity” and to disclose whether their directors are members of the Chinese Communist Party (CCP), or if their articles of incorporation contain any “charter of the CCP.”

These requirements will be seen in Beijing as part and parcel of Washington’s harsh criticism of CCP rule, and certainly not something China’s leaders will be prepared to negotiate. All of which suggests the increasing inevitability of mass delistings.

That appears to be the conclusion drawn by US investors, who are watching the issue closely. Despite the lengthening queue of Chinese companies eager to issue IPOs on Wall Street—many of them with the financial backing of Alibaba and Tencent—and brokers suggesting that the short-term business prospects of the listed companies outweigh the medium-term risk of delisting, investors seem to be taking a decidedly negative view. Since the beginning of 2021, the Standard & Poor’s 500 index of major listed US companies is up 12.5 percent. But a separate S&P index for listed Chinese companies has fallen about 25 percent from a mid-February peak, shortly before the SEC regulations were released.

The selloff may demonstrate that institutional investors are shifting their holdings to the Chinese companies’ secondary listings in Hong Kong (no doubt including traders at the investment banks that have garnered fees for arranging those listings). By contrast, less-nimble, retail investors probably are losing money, something that will become more common if the SEC sets in motion the delisting process.

The question is whether ejecting a couple of hundred Chinese companies from US markets will inflict deeper, systemic pain. The centrality of US financial markets in the global economy is unquestioned, as is the principle that all countries should adhere to laws and rules that protect investors. But Beijing will seek to benefit as the Biden administration loosens the ties that bind international capital to Wall Street—even if China’s actions entail a loss of prestige for violating international norms.

Jeremy Mark is a senior fellow with the Atlantic Council’s GeoEconomics Center. He previously worked for the IMF and the Asian Wall Street Journal. Follow him on Twitter @JedMark888.

Delist or not delist: A $2.2 trillion US-China auditing dispute

The economic and financial forces set in motion by the COVID-10 pandemic—global recession and ultra-loose monetary policies that have driven a cross-border search for higher yield—have contributed to a slow shift of international capital toward China’s markets. Now, intensified US-China tensions—especially the targeting of Chinese companies for delisting from US stock markets—have the potential to heighten that trend.