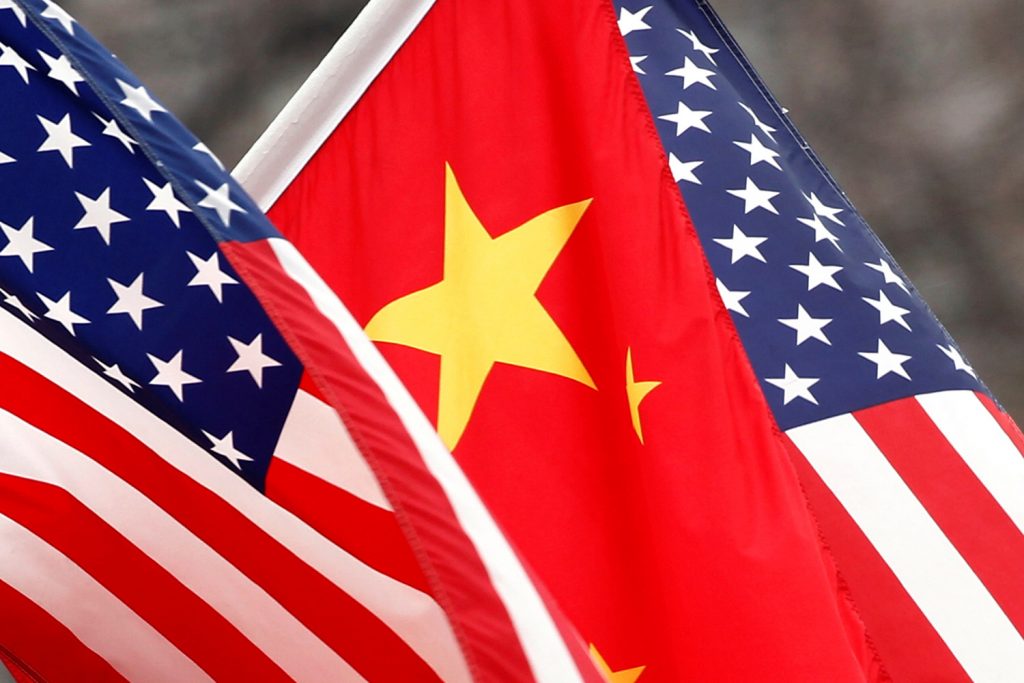 The White House has been open about its intention to limit the incoming Biden administration’s options in dealing with China, asserting that unless Beijing changes its policies, “future US presidents will find it politically suicidal to reverse President Trump’s historic actions.” But a November 12 executive order restricting US investment in companies with ties to the Chinese military failed to include implementing guidelines, which will give the Biden administration leeway implementing the order—and potential leverage with Beijing if the two countries try to reduce tensions.

While the amount of money so far affected by the order is not large—especially by comparison with the trillions of dollars of US capital that flow through global markets each day—it carries a symbolism that is unlikely to be lost on either country’s leaders. One goal of China’s 14th five-year plan, to run from 2021 to 2025, is to become an integral part of the global financial system, with its companies freer to tap into those international capital flows.

The Biden administration will have that Chinese goal in mind as it seeks to make sense of a Trump policy that often appears to work at cross purposes; for example, potentially undercutting the January trade agreement that gave US financial services companies wider access to China’s markets. Despite the charge from Senator Marco Rubio (R-FL) that President-elect Biden will return to the “failed status quo” with China, well before the Democratic primaries members of Biden’s new national security team had already signaled the need to move past the “era of engagement with China.” One key issue the Biden administration faces is how to respond to its predecessor’s last-minute effort to impose what amounts to half measures on China, including several other executive orders that lack implementing guidelines.

The order on investment is part of a wider policy to restrain business interactions with firms regarded as part of a China’s “national strategy of Military-Civil Fusion.” This already involves restricting technology sales to designated Chinese companies by both US companies and foreign firms that manufacture with US-made equipment and software. In targeting financial market transactions, the order originally designated thirty-one Chinese companies largely in the aerospace and telecommunications industries, many of which are state-owned enterprises that have limited interaction with global financial markets. But the number of designated companies is reported to be growing to encompass industries as wide-ranging as oil exploration and semiconductor manufacturing. As many as eighty-nine firms could end up facing investment restrictions.

The order covers the activities of both individual and institutional investors, targeting transactions in equities, bonds, and related derivatives. It also singles out “passive” investments in international benchmarks, where investors buy and sell instruments tied to a specific market index. This focus on index-related investments began in May with a White House directive blocking a federal government retirement savings fund from investing about $50 billion to track a Morgan Stanley stock index that includes some of the restricted Chinese companies.

At face value, the November executive order appears to be limited in scope—affecting only a small portion of US investments in Chinese stocks and about $53.9 billion of corporate bond holdings, or 6 percent of all Chinese bonds issued in dollars, yen, and euros. The only affected company with a significant presence in US investment portfolios is China Mobile, a telecommunications conglomerate that has the third-largest market capitalization of the 200-plus Chinese companies listed on major US stock exchanges as of October 2020. China Mobile is also the only one of the original designated companies that is included in Morgan Stanley’s MSCI China Index, with a 1.3% weighting on that index in late November 2020.

While one institutional investor dismissed the Trump administration’s action as “more bark than bite,” it clearly has injected uncertainty into markets. Soon after the order was issued, JPMorgan announced that it will exclude new bond issues by the affected companies in its JP Morgan Asia Credit Index, a major bond market benchmark. And a November 30 report that China National Offshore Oil Corp. (CNOOC)—the country’s third-largest company—would be added to the US restricted list caused its share price to fall sharply in Hong Kong. US investors held 16.5% of the company’s shares before the news broke. (Another company singled out alongside CNOOC was Semiconductor Manufacturing International Corp., which already faces restrictions on the purchase of US chip-making technology.)

The Trump administration’s actions come at a moment when investment trends actually favor China’s markets. For example, foreign investors in search of yields have been crowding into the market for Chinese government bonds in recent months, and combined investments by foreign funds in Chinese stocks and bonds have hit a record $212 billion this year. The push into bonds leads Hung Tran and Nitya Biyani at the Atlantic Council’s GeoEconomics Center to highlight how the integration of China’s markets with global markets “stands in sharp contrast with the de-coupling rhetoric” in Washington.

Of course, investors abhor uncertainty—when they aren’t thriving on it—and the outgoing administration’s targeting of listed Chinese companies likely will cast a cloud over China’s markets for the time being. Financial services executives who have been eager to expand their presence in China no doubt will make their concerns known to the Biden administration as it considers how to craft the implementing guidelines for the executive order.

Law firms see considerable leeway for the new administration. “(O)nce in office President Biden could engage with the executive order as he sees fit,” write lawyers at Gibson Dunn & Crutcher. Among the options: revoking the order, narrowing its reach, limiting enforcement, and simply allowing it to lapse when it is due to go into full effect in November 2021. One possible compromise would be to maintain restrictions on transactions involving the individual companies’ securities while allowing continued investment in index funds.

In reality, restriction on financial market interaction with China already has yielded broad support in the past week alone, with the release of a bipartisan congressional commission’s report warning that “increased financial exposure to China threatens to undermine US efforts to defend against China’s unfair economic practices and protect US policy interests,” and a unanimous vote in the House of Representatives to enable the delisting from US stock exchanges of Chinese companies that do not allow US agencies to examine audits conducted in China. The bill passed the Senate in May.

Regardless of how the Biden administration proceeds, the executive order restricting investments will become one more political tool as the China hawks among the Republicans in Congress seek to maintain pressure on the new president. But that resistance could provide useful leverage with Beijing as the new administration moves to straighten out the scatter-shot policies put in place during President Trump’s final weeks in office.

Image: Chinese and US flags fly along Pennsylvania Avenue outside the White House in Washington January 18, 2011. REUTERS/Kevin Lamarque/File Photo