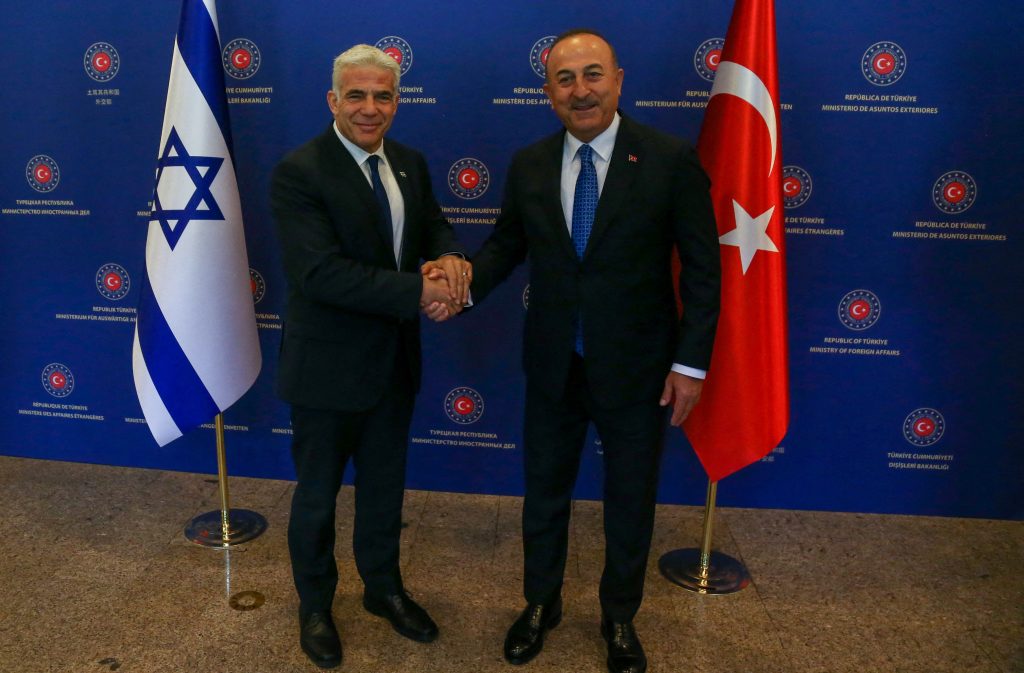 Last week, Turkey and Israel announced that they would normalize their diplomatic relations and exchange ambassadors and consuls for the first time since 2018. The announcement follows a series of recent high-level visits, including Israeli President Isaac Herzog’s March trip to Turkey, Israeli Foreign Minister and acting Prime Minister Yair Lapid’s visit in June to Turkey, and Turkish Minister of Foreign Affairs Mevlüt Çavuşoğlu’s May trip to Israel.

The conflict between Turkey and Israel, which surfaced in 2010, was exceptional in international relations since the two sides have few bilateral disputes: They do not share borders and have no conflicts over issues such as resources or refugees. All disputes between the countries are connected to symbolic issues and policies toward third parties, mainly the Palestinians and Greece and Cyprus. In addition, the dynamics of the Israeli-Turkey conflict were more significantly shaped by developments in each state’s domestic political arena than by their foreign relations.

Accordingly, the conflict itself was largely on the rhetorical level and was never as deep as it appeared. However, the dispute essentially ended military cooperation between the two sides and halted arms sales from Israel to Turkey. Still, the two worked together on anti-terror and other select security issues during this period.

Trade between the two countries did not suffer from the crisis, and actually grew exponentially during it. Turkish companies not only sold goods, but won tenders to build major infrastructure projects in Israel, including power plants. Today, Tel Aviv is tied with Munich and Frankfurt for the top number of daily flights on Turkish Airlines from Istanbul (continuing a trend that held throughout the crisis). During the Netanyahu period, the two countries established a bilateral energy dialogue. Turkey and Israel are also likely to renew this dialogue and discuss Israeli natural-gas exports to Turkey, or via Turkey to Europe. But just as energy was not a factor in the relations between the two during those golden years of cooperation, it was not a major motivating factor in the current renewal of normal relations.

The return of normal diplomatic ties should not be viewed as a threat to the security of Greece and Cyprus, and is actually likely to help lower tensions over the issue. Relations with Greece and Turkey are not zero-sum; in fact, Athens and Ankara maintain regular diplomatic relations. Most countries maintain good relations with both. Thus, there is no need for Israel to forgo full formal ties with Turkey. Better ties between Turkey and Israel is also likely to lower bloc-based behavior in the Eastern Mediterranean and thus contribute to lowering the likelihood of military confrontations between US allies in the region.

For its part, Washington stands to gain by having two of its regional allies end a years-long discord in the strategically important East Mediterranean basin, which is a flashpoint of strategic competition between the United States and Russia. Most of the countries around the East Mediterranean basin are US allies, and thus it is in Washington’s strategic interest when its allies work together. Reduced tensions between Turkey and Israel also mean and that Washington does not need to waste time mitigating a conflict between its allies.

The change in relations between Turkey and Israel is also likely to project onto the situation in Syria—where both seek stability given their borders with that country. Both Israel and Ankara would like to see Iranian military units removed from Syria, or at least a reduced presence.

Iran is clearly unhappy about the open cooperation between Turkey and Israel. Tehran will likely increase its attempts to strike Jewish and Israeli targets in Turkey, as well as other actions aimed to disrupt the normalization process.

In contrast, Azerbaijan’s strategic situation is greatly improved by the reconciliation of its two closest allies. President Ilham Aliyev played a major role in the normalization process. Turkish-Israeli cooperation before and during the 2020 Azerbaijan-Armenia war also contributed to the return of cooperative relations between Ankara and Jerusalem. Azerbaijan’s triumph in the war represented a knockout victory for Western arms technology in the clash between Russian-produced systems used by Armenia, on one hand, and those of NATO member Turkey and US ally Israel, on the other. The success of Turkish and Israeli armaments and their battlefield integration in that war has led to increased commercial interest globally in both defense industries. This is likely to encourage Turkey and Israel to return to mutual developments in that sector.

The road ahead will not be entirely smooth. During elections in Israel (November 2022) and Turkey (June 2023), opposition forces will likely attack Lapid and Turkish President Recep Tayyip Erdogan for their respective decisions to restore relations. Meanwhile, flare-ups of conflict in the Gaza Strip or with Hezbollah may spur Erdogan to harshly criticize Israel. For its part, Iran will do anything in its power to disrupt the improving ties between Israel and Turkey.

However, the stakes for security in the region are incredibly high, given the Russian invasion of Ukraine, increasing Iranian-sponsored terrorism directed at Turkey and Israel, as well as potential regional instability due to economic challenges such as rising energy and food shortages. Accordingly, cooperation between Israel and Turkey is more necessary than ever.

Brenda Shaffer is a nonresident senior fellow at the Atlantic Council’s Global Energy Center, a faculty member of the US Naval Postgraduate School, and a senior advisor for Energy at the Foundation for Defense of Democracies. She is the author of Energy Politics, which is used as a textbook on the geopolitics of energy in over two hundred universities. Follow her on Twitter @ProfBShaffer. 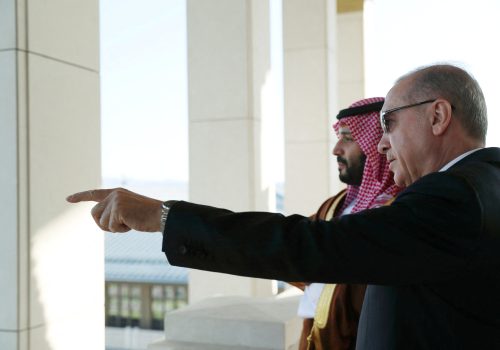 Time heals all wounds. But will that work with Saudi Arabia and Turkey?

Does time make one forget resentments or do national interests triumph over friendships and enmities? The latter seems true for Turkey's president and Saudi Arabia's Crown Prince. 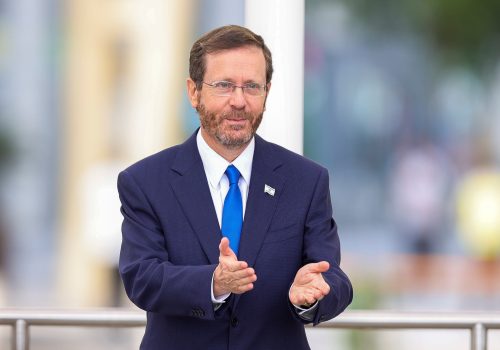 With the Israeli president’s visit, are Israel-Turkey relations back on track?

The Atlantic Council IN TURKEY discusses the significance of Israeli President Isaac Herzog's visit to Turkey, the first state level bilateral visit since 2008 following over a decade of tensions between the two countries. 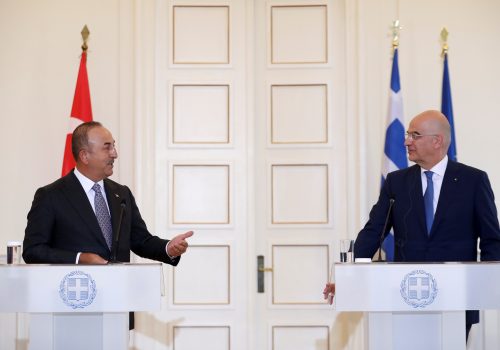 Turkey's response, or lack thereof, to Cyprus' recent moves to capitalize on natural gas resources in the Eastern Mediterranean marks a shift in diplomatic tone. While Turkey's stance has not changed, under the surface lies a changing geopolitical and economic reality.