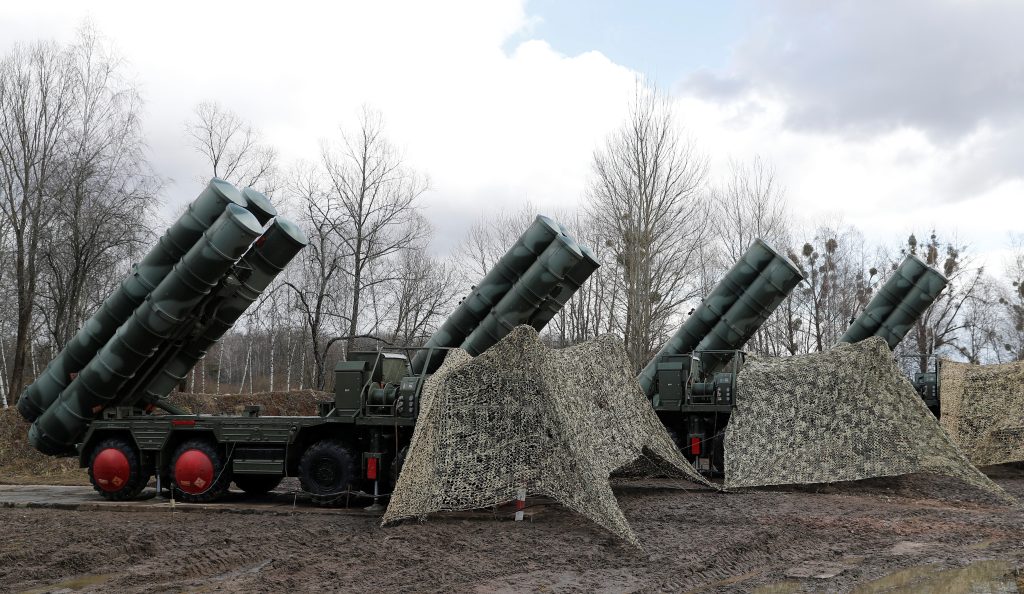 Shoot for the sky. This is effectively how a pro-government Turkish daily described the successful testing of the Siper and the expectation that the air-defense system will rival the Russian-made S-400. That would make the Siper a landmark product for the Turkish defense industry and, more importantly, could get this NATO member out of a political jam with the United States by providing a face-saving exit from its self-created S-400 conundrum.

Turkey continues to grapple with this problem a decade after seeking to bolster its defenses. In 2012, Syria shot down a Turkish jet, causing tensions to increase with Russia, the principal backer of the Bashar al-Assad regime. NATO members responded by deploying defense systems on the border with Syria. In October 2015, however, the United States (followed by other allies) started withdrawing Patriot missile-defense batteries, which the Turks saw as their first line of defense against Russian harassments. The United States did not plan to renew the deployment, but reassured Turkey of the capability to come back within a week, if needed. The Turks felt abandoned by NATO amid Russian aggression, given that the raison d’être of NATO is joint defense.

Seventeen seconds prompted a rethink in Ankara. That’s how long a Russian jet spent in Turkish airspace in November 2015—before the Turks shot it down. Would a clash between Russia and Turkey ensue? NATO did not want to be dragged into a war with Russia. Sensing a lack of Western backup, President Recep Tayyip Erdogan hedged his bet. He engaged with Russian President Vladimir Putin, and negotiations calmed tensions. Another factor in this shift: his growing suspicion that American allies were bolstering the People’s Protection Units (YPG), long regarded by the Turkish government as the Syrian branch of the Kurdistan Workers’ Party, its archenemy.

In the summer of 2016, the Turkish incursion into northern Syria met no real resistance from Russia. A few months later, Erdogan and Putin announced that Turkey would buy the S-400. The deal raised eyebrows in Washington and Western European capitals, leading the United States to remove Turkey from its F-35 program. The rationale: protecting the highly advanced technology of the fighter jet from being captured by Russia. Tensions between the two NATO allies escalated as the United States cultivated Turkey’s neighbor and rival, Greece.

Turkey is nonetheless a natural ally for the United States and the West, and vice versa. Turkey can counterbalance Russia in the Middle East as well as in Central Asia. Turkey is at odds with Russia in Syria, Libya, and the Caucasus. In private conversations, Turkish politicians assured their Western counterparts that the S-400 would remain in boxes, a German official told me on condition of anonymity. Yet as tensions increased with the United States, especially over support for the YPG, Erdogan played the S-400 card. During his US visit in September, he talked about buying a new tranche of the missile-defense system. The Turks, however, realize this point of pressure comes with a high political cost.

Erdogan needs to accommodate Putin to some extent. Given that they are on opposite sides in several conflicts, Turkey needs to make sure to avoid an open war with Russia. If Turkey suddenly dropped the S-400 for US systems, the Russian bear would be offended. Therefore, the Siper, as a Turkish weapon, comes as a political face-saving exit for Erdogan: He would not have to say he gave up the Russian weapons for US weapons, and the entire S-400 sale would not appear to be a farce to lure the United States into selling Patriots to Turkey. Ankara’s best argument is to push its own defense production. The timing is also right. Russia and NATO are in a heated standoff in Eastern Europe, with Russia threatening to invade Ukraine. Washington needs Ankara, which has armed Kyiv with drones, on its side more than ever.

The United States has an opportunity to help Turkey accelerate the Siper’s development. In the meantime, Patriots could be deployed during the Turkish system’s development. In order not to upset the Russians, Ankara should explain that the deployment is only temporary. Washington could insert a clause in the development agreement to block Siper sales to countries at odds with the United States.

The Siper solution saves face all around. Most importantly, this solution would remove the main hurdle standing in the way of a strategic relationship between the United States and Turkey.

Dr. Dania Koleilat Khatib is a specialist in US-Arab relations with a focus on lobbying. She is a member of the steering committee of the National Agenda of the Future of Syria, and an advocacy consultant for the United Nations Economic and Social Commission for Western Asia. She is co-founder of the Research Center for Cooperation and Peace Building, a Lebanese nongovernmental organization focused on Track II diplomacy.

Image: A view shows a new S-400 "Triumph" surface-to-air missile system after its deployment at a military base outside the town of Gvardeysk near Kaliningrad, Russia March 11, 2019. Picture taken March 11, 2019. REUTERS/Vitaly Nevar