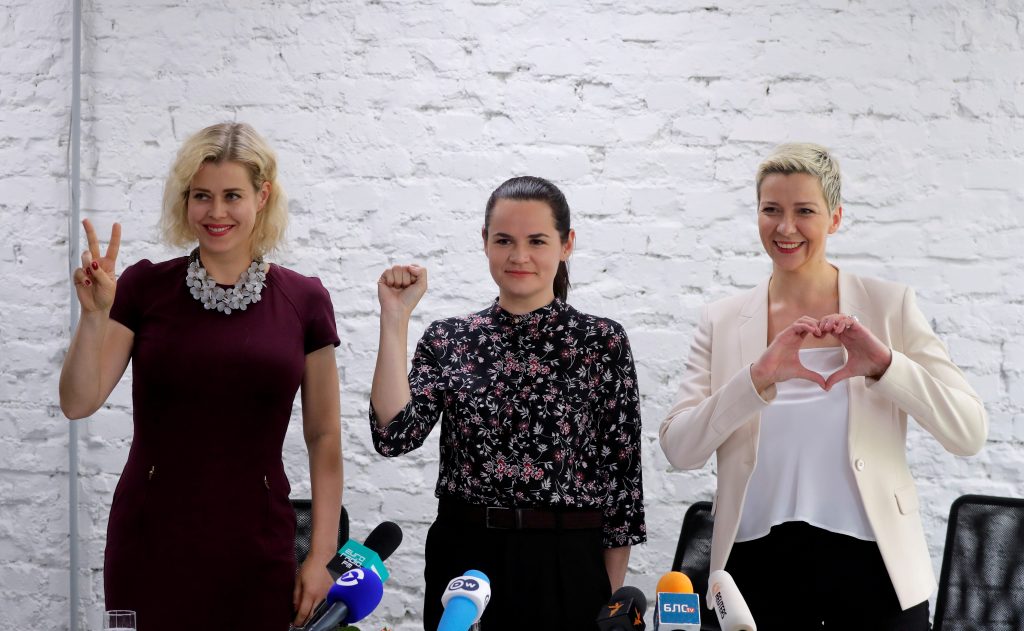 Historic events are underway in Belarus. After more than a quarter of a century of dictatorship, competitive politics is making a surprise return as the country’s 2020 presidential campaign heats up. What was supposed to be the latest in a long line of re-election formalities for five-term president Alexander Lukashenko is instead turning into the most unpredictable presidential race in Belarusian history.

The outcome of the 9 August vote will have huge ramifications for the wider region, including Ukraine. As election day draws nearer, a number of Ukrainian MPs have come together to form the “For a Democratic Belarus” group. The aim is to show support for democracy in Belarus and raise international awareness about the dramatic developments taking place in this strategically important but often overlooked European country.

The difficulties President Lukashenko currently faces have been building for some time. Against the backdrop of Moscow’s ongoing war in Ukraine, he has been struggling for the past few years to resist mounting Russian pressure. With the Kremlin seeking to intensify the integration of Belarus into Russia, Lukashenko has turned westwards in search of a counterweight and has sought to reinvigorate his country’s weak ties with the European Union and United States.

This geopolitical predicment led Lukashenko to take the unusual step in late 2019 of sanctioning a number of large public protests against Russian integration. Unfortunately for the long-serving president, this appears to have given the Belarusian public a taste for grassroots activism while also raising expectations about the possibility of a European future following decades of post-Soviet stagnation.

In recent months, Lukashenko’s handling of the coronavirus crisis has further undermined his authority. The Minsk strongman was initially dismissive of the pandemic, mocking quarantine measures and proceeding with public events despite mounting evidence of a major healthcare crisis. Lukashenko’s dismissive comments and buffoonish suggestions that Belarusians protect themselves by drinking vodka, visiting saunas, and going for tractor rides strengthened opposition claims that he has been in power for too long. Meanwhile, the significant negative impact of the coronavirus crisis on the Belarusian economy has eroded Lukashenko’s status as a guarantor of stability.

These geopolitical and domestic factors are now converging to create a perfect storm that threatens to unseat the man long known as Europe’s last dictator.

Since spring 2020, it has become increasingly evident that Belarus is experiencing a democratic awakening of sorts. With the presidential election scheduled for 9 August, candidates including a number of establishment figures spent much of May and June collecting signatures in towns and cities across the country. Long queues of people waiting to sign quickly become a symbol of the mounting pro-democracy mood throughout Belarusian society.

Lukashenko is not used to facing genuine competition at the ballot box and initially appeared unsure of how to respond. Unsurprisingly, his eventual reaction was heavy-handed. A number of his most serious rivals have been arrested and jailed, including banker Viktor Babariko and blogger Sergei Tikhanovsky, while fellow opposition candidate Valery Tsepkalo’s candidacy was also rejected.

Undeterred, opposition forces are now uniting their efforts around the candidacy of Svetlana Tikhanovskaya, the wife of jailed blogger Sergei Tikhanovsky. A Minsk rally in support of Tikhanovskaya drew thousands on July 18, with many describing it as the largest opposition gathering in Belarus since Lukashenko first came to power in the mid-1990s.

Meanwhile, arrests continue. Lukashenko has accused his opponents of ties to both Russia and the EU, and has suggested that a plot is underway to spark a “Minsk Maidan” uprising similar to Ukraine’s 2014 Maidan Revolution. Police are routinely detaining protesters in Minsk and other major Belarusian cities, but members of the public are becoming ever more creative in their efforts to demonstrate solidarity with the opposition while avoiding potential jail time.

The weeks ahead promise to be a decisive period in modern Belarusian history. The country’s fate is finely balanced between the prospects of a hardliner crackdown and a democratic breakthrough. With this in mind, a cross-party group of Ukrainian MPs recently came together to form the “For a Democratic Belarus” parliamentary association.

This parliamentary group features MPs from a range of Ukrainian political parties including European Solidarity, Holos, For the Future, and the ruling Servant of the People party, along with some independent members of parliament. The establishment of this association is an unprecedented development in itself that reflects the significance of current events in neighboring Belarus. For the first time in over 25 years, a cross-party group of Ukrainian politicians is clearly demonstrating its opposition to the undemocratic methods used by the Lukashenko regime.

We have no desire to interfere in the domestic affairs of Belarus and will not be supporting any specific candidates. On the contrary, our goal is to support the democratic processes that will allow the Belarusian people to decide their country’s future direction for themselves.

Here in Ukraine, we often complain about the apparent indifference of our European partners and the wider international community towards the democratic values we are defending. With a similar struggle for democracy now unfolding in nearby Belarus, we cannot afford the luxury of indifference. Instead, we hope to raise awareness of current developments in Belarus via the platforms available to us, both inside Ukraine and internationally. Unlike Belarus, Ukraine is a member of the Parliamentary Assembly of the Council of Europe, for example.

Belarus is extremely close to Ukraine in every way. We trace our national histories back to common roots in the Kyiv Rus era and the Grand Duchy of Lithuania. We also share complex and unequal historic ties with Russia that continue to fuel the Kremlin’s unwelcome expansionist ambitions. Ukraine is currently the focus of Moscow’s revisionist foreign policy, but Belarus is also a key objective for the Kremlin. With a democratic Belarus alongside Ukraine, both countries would be immeasurably strengthened against Russian imperial aggression, while the entire region would benefit from enhanced stability.

Alternatively, a hardline Lukashenko regime that finds itself isolated from the Western world due to its undemocratic excesses will be increasingly vulnerable to Russian overtures and likely to fall further into the Kremlin orbit, greatly bolstering Vladimir Putin’s position on the eastern flank of the European Union. This makes the coming Belarusian presidential election a major geopolitical event not only for Ukraine, but also for Poland, the Baltic States, and everyone who has an interest in European security.

Almost six years have passed since the Minsk Agreements were first signed. However, there is still fundamental disagreement over the parties to these agreements and the obligations they are under.