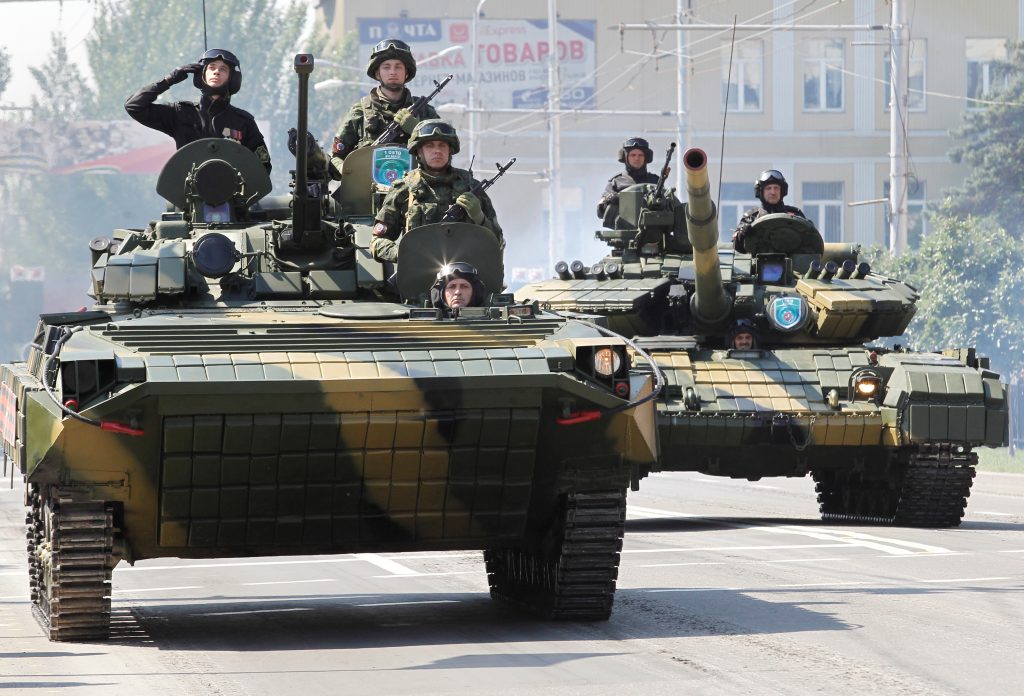 Almost six years have passed since the Minsk Agreements were first signed and peace negotiations began in the Trilateral Contact Group format featuring Ukraine, Russia and the OSCE. However, there is still fundamental disagreement over the parties to these agreements and the obligations they are under. This ongoing ambiguity is preventing progress towards peace.

It has long been clear that the Minsk Agreements are subject to rival interpretations by Russia and Ukraine. This has led to the stalemate situation that has characterized peace efforts since late 2014.

Viewed from Kyiv, Russia and Ukraine are the two parties to the Minsk Agreements, with the OSCE as coordinator. Moscow disagrees, and sees the Agreements as being between the Ukrainian government and the so-called separatist republics of Donetsk and Luhansk, with Russia merely acting as a mediator in the process. These polarized positions reflect the difficulties of conducting meaningful negotiations with the Kremlin while Moscow insists on maintaining its blanket denials over Russia’s military involvement in Ukraine.

Russia has consistently called on Ukraine to adhere to the terms of the Minsk Agreements, but seems reluctant to afford the Agreements the legal status of an international treaty. Instead, Moscow argues that the Minsk Agreements acquired their legally binding character via a UN Security Council resolution that endorsed the package of measures adopted in the Belarusian capital in February 2015.

Why does Russia appear so unwilling to acknowledge the Minsk Agreements as an international treaty? Russia’s ongoing denials about its involvement in the war, together with the Kremlin’s refusal to grant official recognition to Donetsk and Luhansk as separate states, seem to have painted Moscow into a legal corner. Only the subjects of international law can be parties to an international treaty. This primarily means states and international organizations. These subjects must also recognize their status as parties to the agreement. Clearly, this is incompatible with the legal positions Russia has adopted towards the conflict since 2014.

Russia’s insistence on its mediator status creates further complications. This stance is contrary to the very essence of mediation as understood in international law, which indicates that all parties to a conflict or dispute must express their consent in order for any particular state to act as mediator. By definition, this mediator must be trusted by all parties involved in the negotiating process. It is self-evidently absurd for any state to lay claim to a mediation role in a conflict where it also stands accused of being the aggressor.

In order to avoid the obligations of the Minsk Agreements, some Russian representatives mistakenly claim that the Agreements do not directly mention Russia as a party. However, Russia’s role as a party is predetermined by the very name of the Trilateral Contact Group, with Russia and Ukraine as the two parties and the OSCE in the role of coordinator.

In this respect, it is also worth mentioning the UN International Court of Justice order from April 2017 in which the court, addressing Ukraine and Russia as the parties to the dispute, states: “The Court expects the Parties, through individual and joint efforts, to work for the full implementation of this “Package of Measures” in order to achieve a peaceful settlement of the conflict in the eastern regions of Ukraine”. In other words, this authoritative international court has officially recognized both Russia and Ukraine as parties to the Minsk Agreements.

Significantly, Russia does not officially recognize Donetsk and Luhansk as independent states. Instead, President Putin and other Russian officials typically refer to them as “unrecognized republics”. This raises the issue of how these “unrecognized republics” can claim the right, even from a Russian perspective, to be parties to the Minsk Agreements. Moreover, Russia officially considers Donetsk and Luhansk to be part of Ukraine.

This non-recognition policy poses further questions regarding the logic of Russia’s legal approach to the Minsk Agreements in particular and the peace process as a whole. On one hand, Russia is insistent that the key to the Minsk process is direct dialogue between Kyiv and Moscow’s proxies in Donetsk and Luhansk. At the same time, Moscow stops short of officially acknowledging the Minsk Agreements as an international treaty between Ukraine and these so-called republics.

The current lack of consensus regarding the legal status of the Minsk Agreements is far more than an academic debate over technicalities. It cuts to the very heart of an ongoing war that Russia continues to deny waging. In order to overcome this hurdle, the international community must pressure Russia into abandoning its denials and recognizing its role as a party to the Minsk Agreements. Until this fundamental shift in Russia’s position occurs, all efforts to achieve a breakthrough towards peace look destined to prove fruitless.

Oleksandr Merezhko is a Ukrainian MP for the Servant of the People party. He is Deputy Head of Ukraine’s delegation to the Trilateral Contact Group, heads the Ukrainian parliament’s Foreign Affairs Committee, and is Vice President of the Parliamentary Assembly of the Council of Europe.

A climate of confusion over coronavirus-related checkpoint crossing procedures is creating havoc and adding to the hardships of civilians living close to the front lines of the Russo-Ukrainian War.