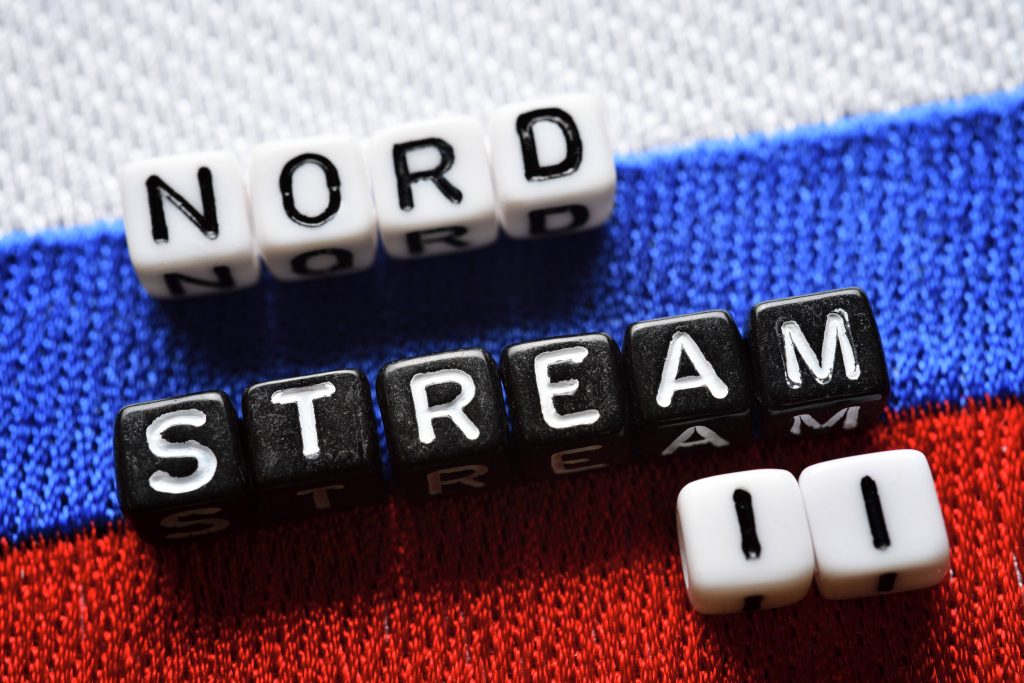 The Biden administration has this week announced a mixed bag of sanctions and waivers concerning the Nord Stream 2 pipeline, leaving opponents of Putin’s pet energy project confused and alarmed. Critics of President Biden’s decision say it defies Congress, appears to be a partial climb down, and is also an attempt to finesse German politics at the expense of America’s geopolitical interests.

In January 2021, the Biden administration inherited tough Nord Stream 2 sanctions approved one month earlier by US Congress and outgoing US President Donald Trump. The measures targeted contractors and financiers of the pipeline in a bid to stop completion of the USD 11 billion project linking Russia and Germany. But instead of implementing these sanctions, the Biden team dallied for months amid reports of intense German lobbying efforts.

The Biden administration has now announced that sanctions will be imposed on pipeline contractors but not on the company overseeing the project, Nord Stream 2 AG, or its CEO, Matthias Warnig, a German citizen with close ties to Vladimir Putin.

The move drew praise from Germany and was met with guarded enthusiasm in Moscow. “We perceive this to be a constructive step that we will gladly continue to discuss with our partners in Washington,” German Foreign Minister Heiko Maas told reporters. Kremlin spokesman Dmitry Peskov described it as a “positive signal.”

In Washington DC, sanctions sponsor US Senator Ted Cruz and others voiced their concerns. “The administration’s decision to waive sanctions sends an unfortunate signal that the United States is not prepared to do what Congress has mandated they do: use crushing sanctions to stop the pipeline. Projects like the Nord Stream 2 pipeline are a threat to European energy security. This type of weakness only encourages Putin’s aggression. He’s not paying a significant price for his malign activities and with decisions like these, the Biden administration is only encouraging him. It is exactly the wrong message to send.”

The Wall Street Journal editorial board also quickly weighed in. “President Biden has talked tough about Vladimir Putin, but his policy response has been mixed. This week’s sanctions decision on the Nord Stream 2 natural gas pipeline provides more reason for concern.”

Andrew Futey, President of the Ukrainian Congress Committee of America, wrote that any retreat from sanctions will bring about “terrifying consequences for Ukraine, our European partners, and the global geopolitical security structure.”

The new US approach to Nord Stream 2 unveiled this week appears designed to avoid the politically sensitive issue of sanctioning Germans or German entities directly in order to keep the US-German relationship intact. It also gives Russia a face-saving waiver for Putin ally Warnig. But critics point out that waiving sanctions on Nord Stream AG has nothing to do with sanctioning Germany because it is a Russian firm, and sends a signal that the Biden administration is not truly interested in stopping the project.

At the same time, US sanctions against the ships building the pipeline could still bring construction to a halt. Sources also told Axios that the Biden administration reserves the right to cancel any sanctions waivers, which will theoretically allow for ongoing leverage over Warnig, Gazprom, and Russia. Nevertheless, this week’s decision has inevitably fueled doubts over President Biden’s commitment to stopping the pipeline.

With longstanding US-led efforts to prevent the completion of Nord Stream 2 now seemingly in the balance, many are turning their attention towards Germany’s September 26 federal election, which may hold the key to the pipeline’s ultimate fate.

Current polls indicate that Angela Merkel’s CDU, which backs Nord Stream 2, is poised to finish in first place with around 25 percent. However, the Greens are close behind and are widely tipped to enter into a governing coalition following the September vote. The Greens election program brands the pipeline “geopolitically damaging” and calls for it to be stopped.

German politician Reinhard Buetikofer, who currently serves as a Member of the European Parliament and co-spokesperson for the European Green Party, issued a series of tweets in response to the new US sanctions position. “Is Biden betting on a Greens government that cancels NS2? Greens in government would hardly be able to “cancel” the project because they would make the German government liable to action for damages. But we could withdraw the political support the project has enjoyed so far, and in my calculation that would kill it.”

Buetikofer also questioned German Chancellor Angela Merkel’s support for the pipeline. “I do not understand the logic of Merkel’s stance. She knows that Nord Stream 2 will remain a sore point regardless of what Biden does. Because it’s at odds with most of Germany’s European neighbors. So maybe she just wants to leave office proudly and leave the mess to the successor?”

The leading candidates to succeed Merkel have divergent positions on the energy project. The Greens candidate, Annalena Baerbock, said recently that she would have long since withdrawn political support for Nord Stream 2. The candidate from Merkel’s party, Armin Laschet, backs the pipeline.

This week’s decision has sparked surprise given Biden’s previous remarks that the pipeline “is a bad deal for Europe,” and in light of Russia’s recent saber-rattling military buildup close to the Ukrainian border. Critics of Nord Stream 2 have long voiced concerns that if completed, the pipeline could leave Ukraine vulnerable to energy disruptions while increasing the possibility of a major escalation in ongoing Russian military aggression against the country.

“The completion of Nord Stream 2 wouldn’t affect just Ukraine. This is Russia’s most malign and dangerous geopolitical project. It would divide Europe, leaving half the continent completely vulnerable to Moscow’s energy coercion,” commented Yuriy Vitrenko, the new CEO of Ukraine’s state-owned energy giant Naftogaz. “We will continue to ask our American friends to fully apply their laws and impose the sanctions needed to stop the pipeline, including against Nord Stream 2 AG.”

Ukraine is not alone in calling for a tougher stance on Nord Stream 2. Numerous other European countries have campaigned to block the pipeline, while there is also strong bipartisan opposition in America. “Many countries perceive Nord Stream 2 as a project visibly marked by geopolitics, aiming to strengthen the position of Russia as a major gas supplier to Europe and to undermine Ukraine and the entire region’s energy security,” commented the Polish Embassy in Washington in a May 19 email.

Meanwhile, Republican Senator Ben Sasse, a member of the Senate Select Committee on Intelligence, said allowing the completion of Nord Stream 2 would be a “strategic mistake” and called for a rethink. “Two months ago, President Biden called Putin a ‘killer,’ but today he’s planning to give Putin, his regime, and his cronies massive strategic leverage in Europe. You can’t pretend to be a Russia hawk but then just roll over.”

Ranking Democrat and Senate Foreign Relations Committee Chair Bob Menendez was also critical of this week’s sanctions announcements. “I am opposed to the decision by the Biden administration to waive sanctions on NS2 AG and Matthias Warnig,” he commented in a May 19 statement. “I urge the administration to rip off the Band-Aid, lift these waivers, and move forward with the congressionally mandated sanctions. The administration has said that the pipeline is a bad idea and that it is a Russian malign influence project. I share that sentiment, but fail to see how today’s decision will advance US efforts to counter Russian aggression in Europe.”

Is the US still committed to stopping Putin’s pipeline?

Concerns are growing over the Biden administration’s commitment to blocking a controversial gas pipeline that threatens to significantly strengthen Putin’s influence over Europe.

Image: Critics of the Nord Stream 2 pipeline see it as a geopolitical weapon that will dramatically increase Russian leverage over Europe (imago images/Christian Ohde via REUTERS)