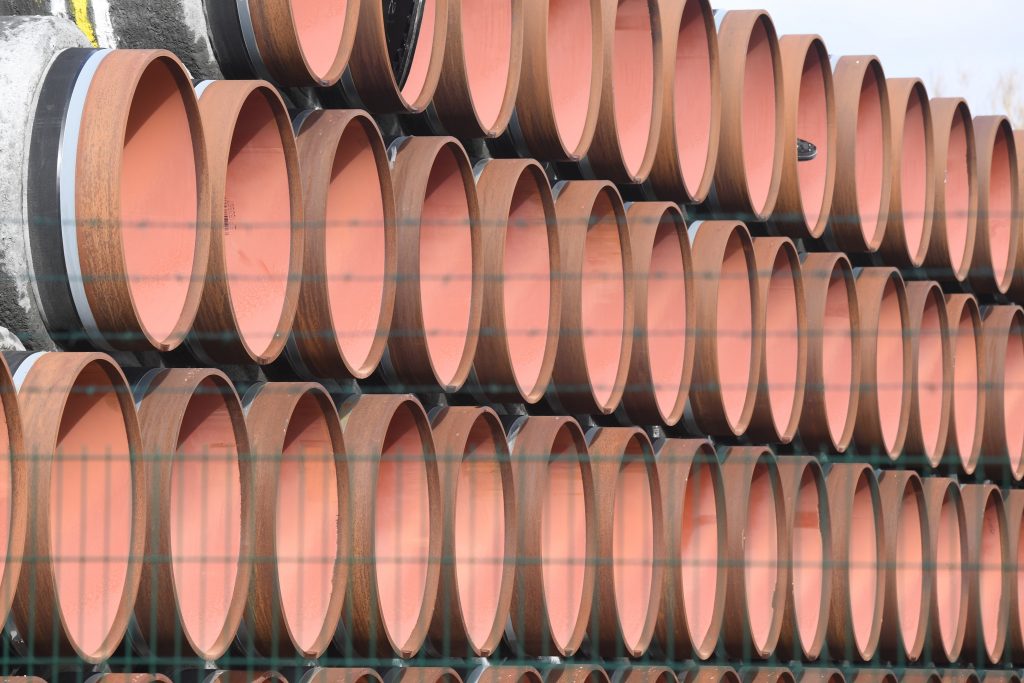 The battle continues to determine US policy towards Russia’s strategically important Nord Stream 2 pipeline. America has led calls for the pipeline to be scrapped, but the incoming Biden administration has been slow to implement agreed sanctions measures. The outcome of this policy struggle in Washington DC is set to determine the fate of Vladimir Putin’s pet energy project.

In December 2020, then US President Donald Trump and Congress approved additional measures sanctions to stop construction of Putin’s USD 11 billion pipeline, a project connecting Russia and Germany across the Baltic Sea that newly elected US President Joe Biden had previously branded as a “bad deal for Europe.”

Just five days after Biden’s inauguration, Russia’s Gazprom defied these impending US sanctions by resuming work on the pipeline in waters off Denmark. Expert estimates currently suggest the pipeline is on track for completion by June 2021.

Throughout the winter months, Germany and Russia have engaged in fierce lobbying in the US capital. These efforts are credited with helping to delay the implementation of sanctions, leading to speculation that the Biden administration may be softening its position on Nord Stream 2. Opponents of the project warn that time is critical because once the Russians finish construction of the pipeline, the battle will shift to the German authorities as to whether to connect it or not.

Pipeline proponents include Germany’s current government and business community. Both have reportedly been “playing for time” by scheduling negotiations in Washington, then postponing them, say sources.

On April 7, the White House began vetting Amos Hochstein to become its Special Envoy for Nord Stream 2 with an apparent mandate to halt the project. Hochstein had been special envoy for international energy affairs under President Barack Obama and had served as a close advisor to Joe Biden as Vice President. More recently, he had been a member of the international supervisory board for Ukraine’s energy giant, Naftogaz.

A White House source leaked Hochstein’s name in early April to Politico. His candidacy irked the Russians, who interpreted it as a signal that Biden was preparing to take a harder line. In an interview with Tass, Kremlin spokesman Dmitry Peskov complained, “Of course, [selecting] such special representatives for a project that has nothing to do with the United States and is situated on another continent apparently speaks volumes about what’s called meddling in the internal affairs, in the economic interests of other countries.”

While many in Washington were encouraged by news that Hochstein was under consideration, there has also also growing impatience over delays in imposing legally approved sanctions.

“Countering Russian malign aggression is in the vital national security interests of all of NATO, all EU members, and our partners in Eastern Europe,” Senate Foreign Relations Committee Chairman Bob Menendez (D-N.J.) and Sen. Jeanne Shaheen (D-N.H.) wrote in a letter to Secretary of State Antony Blinken late last month. “We cannot lose sight of this central principle as we engage diplomatically on the pipeline.”

Despite bipartisan consensus, sanctions have remained mired in the State Department due to an apparent division between appeasers and hawks. By April 21, sanctions co-sponsor Senator Ted Cruz announced a new counter-strategy. “Today, the Senate Foreign Relations Committee sent a unified, bipartisan, unmistakable message to all companies involved in Nord Stream 2: the United States knows who you are, and if you don’t get out immediately you will be sanctioned.”

“As I’ve said repeatedly, completion of the Nord Stream 2 pipeline would greatly undermine America’s national security, reward Russia’s aggressive expansionism and crimes, and hold our European allies’ energy security hostage to Russia,” he added in a press release. Cruz has also held up confirmation of Biden appointees to the State Department until sanctions are put in place.

While debate over the pipeline continued in the United States, Putin was mobilizing the Russian military for a large-scale show of force along Ukraine’s border. In mid-April, Biden reasserted his support for Ukraine’s sovereignty, announced fresh sanctions against Russia, and called on Putin to “deescalate.” However, pipeline sanctions were excluded from these latest measures.

Putin responded by escalating further. Tough restrictions on Black Sea shipping were imposed under the guise of military exercises, while vital diesel shipments to Ukraine were cut.

Then, on April 22, the Russian leader abruptly announced an end to the saber-rattling build-up. The extent of the Russian withdrawal from positions close to the Ukrainian border will become clearer during the coming weeks, but this recent reminder of Moscow’s military might has already helped focus attention on the ongoing threat posed by Russia.

Clearly, the Nord Stream 2 pipeline issue must be addressed as a priority. Time is running out. The Russians hope to finish the pipeline by June, thereby putting pressure on Germany to make it operational.

The line is essential to Russia in order to provide a boost to its moribund economy, gain leverage over European energy supply and prices, and bypass the Ukrainian pipeline system. The launch of Nord Stream 2 would deprive Ukraine of important transit revenues. Crucially, it would also remove a major obstacle to future large-scale Russian military operations against Ukraine, potentially paving the way for a major escalation in the seven-year conflict between the two countries.

German industry wants the pipeline because Nord Stream 2 will establish Germany as the gas hub of Europe and provide its businesses with discounts over competitors. It is also a key project for former German Chancellor Gerhard Schroeder, a personal friend of Putin who chairs Nord Stream AG and Rosneft in Russia.

Finishing construction is not the only challenge facing the pipeline, emphasized Reinhard Buetikofer, a member of the European Parliament and co-spokesperson for the European Green Party, during a recent interview with the Atlantic Council. “Even if they [Russia and German partners] complete the pipeline, they still can’t get their way,” he stated, explaining that there remain serious environmental and legal challenges within Germany and at the EU level that may yet prevent its operation.

Despite these looming obstacles, Russia is rushing ahead to complete the project. Once construction of the pipeline is finished, opponents fear Moscow will sabotage existing supply routes via Ukraine in order to force Germany to accept deliveries via Nord Stream 2.

“Russia is not a reliable partner,” commented Buetikofer. “My own determination is that the Russian regime is aggressive and we should be prepared to show solidarity with Ukraine and Russia’s other neighbors. I don’t believe Russia works in Europe’s interest.”

With construction work continuing and the pipeline nearing completion, the window of opportunity to stop Nord Stream 2 will soon close. The Biden administration cannot afford to dither any longer if it intends to block the project.

Putin’s recent military build-up on the Ukrainian border has underlined his readiness to threaten fresh acts of international aggression. The US must now decide whether it wishes to disarm a pipeline that critics have long denounced as a geopolitical weapon.

Image: Pipes for the construction of Nord Stream 2 stored at Mukran Port in Germany. (Stefan Sauer/dpa via REUTERS)