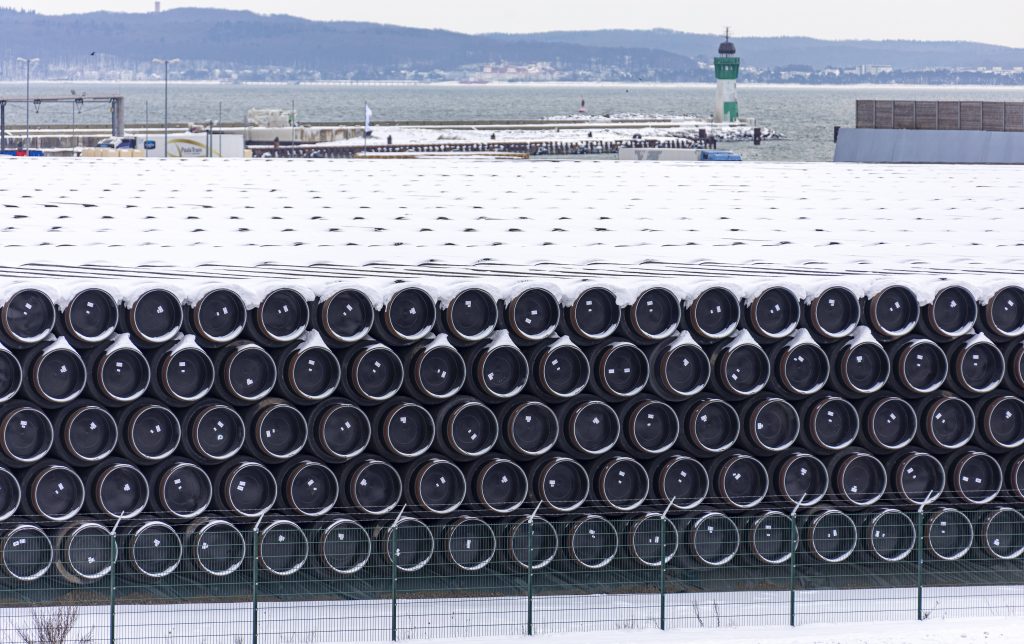 Concern is mounting that aggressive lobbying by German industrialists has struck a chord with mid-level officials in the US State Department and National Security Council, who are delaying the implementation of sanctions to stop Putin’s pet project, the Nord Stream 2 pipeline.

The delay not only ignores a forthright Congressional directive, but could enable Russia to complete the 90 percent finished pipeline soon, possibly as early as June. This possibility has angered and frustrated both Democratic and Republican lawmakers who say the draconian sanctions that were approved in December 2020 required only that the administration identify, then sanction, all entities involved in the pipeline’s construction in order to prevent its completion.

Letters pressuring the US government have been sent and meetings held between Congressional representatives and State Department officials, but there has yet to be any breakthrough. Sanctions co-sponsor, Senator Ted Cruz, has gone so far as to put a hold on the confirmation hearings into the appointment of Biden’s pick for the CIA, William Burns, in protest. “I’ll release my hold when the Biden administration meets its legal obligation to report and sanction the ships and companies building Putin’s pipeline,” Cruz posted on Twitter.

Meanwhile, Putin says nothing but acts. No sooner had Joe Biden become US President than the Russians restarted construction of the controversial pipeline. Seven vessels are now involved in pipe-laying. This flotilla is designed to finish the project as quickly as possible before Germany’s fall 2021 election when the anti-pipeline Green Party is expected to enter government.

The pipeline saga had appeared to be over following the latest round of US sanctions in late 2020, but it is now dragging on without explanation. Why the delay when sanctions have been overwhelmingly approved and when President Biden himself has described the pipeline as “a bad deal for Europe”? And why is Putin racing to complete the project when Germany’s Green Party is likely to take over and won’t license it to operate?

“The perception in Ukraine and most of Europe is that US sanctions are intentionally not being implemented in order to allow the Kremlin to finish Nord Stream 2,” says Oleksandr Kharchenko, Managing Director of Ukraine’s Energy Industry Research Center. “It’s hard to believe that this is what President Biden wants, but by choosing not to apply US sanctions laws and refusing to sanction the numerous vessels and companies openly engaging in pipe-laying, this amounts to a policy of protecting Russia’s Nord Stream 2 pipeline.”

Reports indicate that the National Security Council’s Europe director Amanda Sloat has cautioned internally against moving too quickly on additional Nord Stream sanctions as the administration works to repair the US relationship with Germany. One former national security official close to the White House was quoted as saying, “A lot of people inside the administration feel that the Germans have been terribly mistreated, and they want to get that relationship back on its feet.”

There is no question that the US relationship with Germany is an important one. However, there is also little doubt that Germany should not have backed a Russian pipeline opposed by most Europeans that will make the continent significantly more dependent on the Kremlin.

Another strategic concern is that the pipeline will bypass Ukraine, which is currently holding the line against further Russian aggression on its eastern border. Nord Stream 2 will render Ukraine’s own gas transit system obsolete and remove one of the key restraints preventing a major military escalation by the Kremlin. The Germans have committed to ensuring that Russian gas transit via Ukraine continues, but in reality, this is a promise only Putin can keep.

Lobbyists appear to have succeeded in establishing a sleight-of-hand narrative that somehow Germany is a victim and not Russia’s pipeline partner. The reality is that German industrialists struck a deal with Putin to profit by tapping Russian gas at a discount and becoming Europe’s principal gas hub and distributor. Germany has pushed ahead despite the objections of the United States and overwhelming majorities in the European Parliament, which has twice condemned the pipeline as a security threat.

Another reason cited for the delay in enforcing sanctions is the claim that there is insufficient evidence to identify the relevant vessels and entities. But bipartisan members of the House Foreign Affairs Committee sent a letter weeks ago to Secretary of State Antony Blinken naming those allegedly involved, and the Danish Maritime Authority routinely publishes the names and ownership of vessels.

“Time is running out here to get something done before the pipeline is completed,” Sen. Jeanne Shaheen (D-NH), a member of the Foreign Relations and Armed Services committees, commented on March 12. “And I think we need to act very quickly.”

Opponents of the pipeline in Washington DC and across Europe believe speed is now essential to prevent Putin from forcing the issue. “Russia’s intent is to physically complete the pipeline as quickly as possible. If it exists and is connected physically, the Kremlin will bluntly do what it’s done in the past. It will simply remove the transit pipeline leading from Russia to Ukraine. The Kremlin will do this in the middle of winter and give Europe a very simple choice: either use Nord Stream 2, uncertified, unsafe, and non-compliant but existing, or have no gas for heating,” says Vadym Glamazdin, senior advisor to Naftogaz CEO Andriy Kobolyev.

Back in 2016, during the St. Petersburg Economic Forum, Gazprom Deputy Chair Alexey Miller announced that with Nord Stream and Turk Stream lines soon to be operating, Gazprom would decommission thousands of kilometers of pipelines and compressor stations in its central corridor leading to Ukraine. There are reports that pipeline sections are already being dismantled near Ukraine.

This is why German or Russian promises to keep the Ukrainian line intact are treated with such skepticism. The Ukrainian pipeline itself may remain untouched, but pipelines taking Russian gas to Ukraine will no longer exist. And Europe will find itself hostage to Putin’s gas, Putin’s prices, and Putin’s demands.