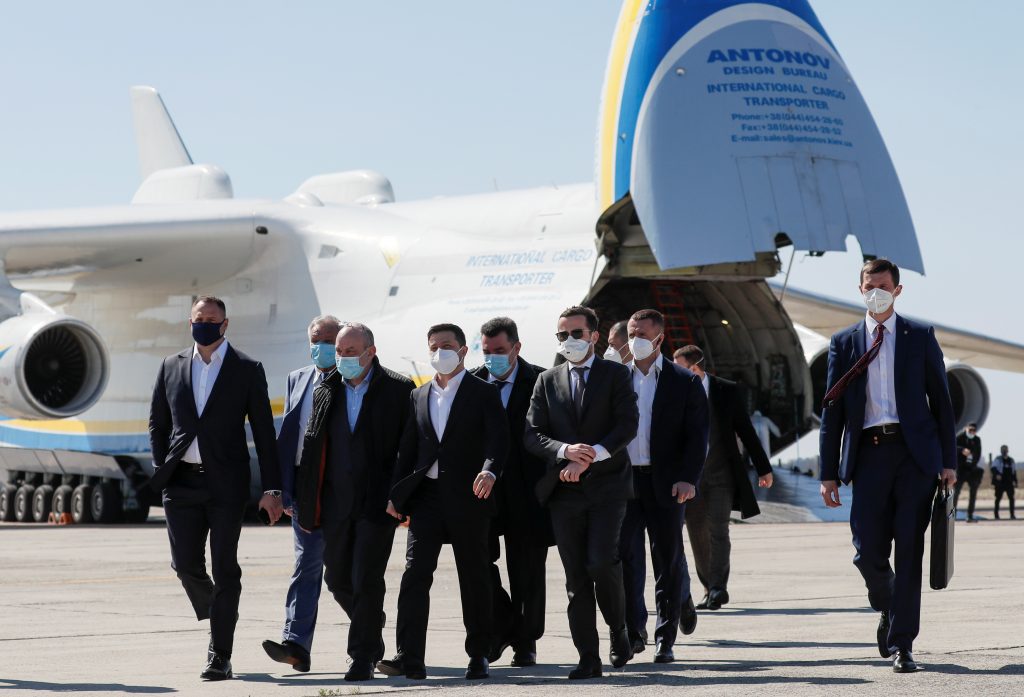 For the past six years, Ukraine’s foreign policy thinking has been dominated by the country’s Euro-Atlantic integration ambitions and the urgent need to consolidate international support in the face of ongoing Russian aggression. Throughout this period, there has been little attempt to implement a more global foreign policy or develop individual regional strategies.

Should Kyiv choose between China and Japan? What balance should the country strike between human rights and trade relations? Is there a clear understanding of Ukraine’s main objectives and key competitors in Africa? These are just a few of the many unanswered questions that contribute to the sense of confusion sometimes evident in the discordant actions of Ukrainian governmental institutions.

The first year of the Zelenskyy presidency has done little to change this situation. President Zelenskyy has publicly confirmed his commitment to Ukraine’s European choice, but he is still finding his feet as an international statesman and has yet to lay out a coherent foreign policy that goes beyond the basics of the Euro-Atlantic pivot begun in 2014. A good opportunity to do so may now be presenting itself. With the coronavirus crisis sparking a lively debate over the future nature of international relations, Ukraine has a chance to reassess its foreign policy and reinvent itself on the international stage.

In order to outline an effective strategy, it is necessary to begin by evaluating the current strengths and weaknesses of Ukrainian diplomacy. For the past five years, the Foreign Policy Council “Ukrainian Prism” has been conducting a comprehensive annual audit of Ukrainian foreign policy. According to the latest audit, the overall grade for 2019 was “C+”, which was a slight deterioration of 2018’s “B-”. This decline was mainly due to the lack of political interest during a year when the Ukrainian national agenda was dominated by presidential and parliamentary elections in the country.

The audit sought to assess Ukrainian foreign policy towards different parts of the world based on a range of indicators including political and institutional cooperation, strategic vision, and results. The highest grade in 2019 was for ties with the Baltic states (A-), while Central Asia and Sub-Saharan Africa came joint bottom, with both regions receiving a D+ grade.

These results are telling. Africa remains largely unexplored territory for Ukraine, despite the growing potential of the continent and its rapidly expanding markets. Meanwhile, Ukraine’s strong ties with the three Baltic nations reflect the strategic level of relations driven by a shared interest in countering Russian aggression and furthering Ukraine’s European integration.

Ukraine’s weak ties with the nations of Central Asia are the result of Kyiv’s disinterest in these states during recent decades. It would be easy to blame this on the region’s traditionally close ties to Russia, but in reality, Ukraine has preferred to view the region almost exclusively in the context of energy supplies.

The picture for Asia as a whole also leaves much to be desired. This was reflected in declining grades in last year’s audit for Ukraine’s engagement with a number of key Asian powers including China, Iran, and Turkey. In a positive note, since taking office in early March 2020, Ukraine’s new Foreign Minister Dmytro Kuleba has announced that an upgraded strategy toward Asia will be among his top foreign policy priorities. The idea, he says, is “to become a meaningful nexus of economic ties between the European Union and Asia.”

This is a promisingly practical vision of a future global role for Ukraine, but it requires considerable further elaboration. There is certainly much to work with. Ukrainian exports grew by 5.8% in 2019, and Asian markets accounted for some of the biggest gains. Indeed, China emerged last year as Ukraine’s number one trading partner and top export market, receiving 7.2% of all Ukrainian exports.

Ukraine’s export footprint is also expanding rapidly across Asia in countries ranging from Saudi Arabia, Kuwait, and the United Arab Emirates in the Middle East to Malaysia and Thailand in the Asia-Pacific region. Meanwhile, emerging South Asian superpower India is the leading importer of Ukrainian foodstuffs, accounting for nearly 7% of Ukraine’s total agricultural exports.

These figures reflect the potential benefits for Ukraine of a more diversified and consolidated foreign policy. At present, the absence of a tailor-made approach to Asian policy has both economic and political costs. It prevents Ukrainian business from gaining greater market share in the region and also leads to significant setbacks during voting on Ukraine-related issues within the framework of international institutions such as the United Nations due to widespread ignorance of Ukrainian perspectives and positions.

Ukraine’s recent decision to identify Asia as a foreign policy priority is a welcome move that should lead to the development of long overdue and significantly more coherent regional policies. Ukrainian diplomacy would also benefit from similarly enhanced strategies addressing the country’s interests and objectives in other parts of the world such as the Black Sea region, Sub-Saharan Africa and Latin America, and finally drafting its own Neighborhood Policy. If well-tuned, these strategies could serve as the basis for a more balanced and effective foreign policy that will allow Ukraine to take its rightful place in the post-coronavirus world.

Hanna Shelest is Director of the Security Studies at the Foreign Policy Council “Ukrainian Prism”.

Image: Ukrainian President Volodymyr Zelenskyy (center) pictured near Kyiv on April 23 alongside the giant Antonov An-225. Ukraine's fleet of Antonov cargo planes has played a vital role in the global fight against the coronavirus pandemic by delivering supplies from China to the US, EU and beyond. Ukraine now aims to build on its potential as a gateway for Asia-EU economic ties and has made Asia a foreign policy priority. REUTERS/Gleb Garanich