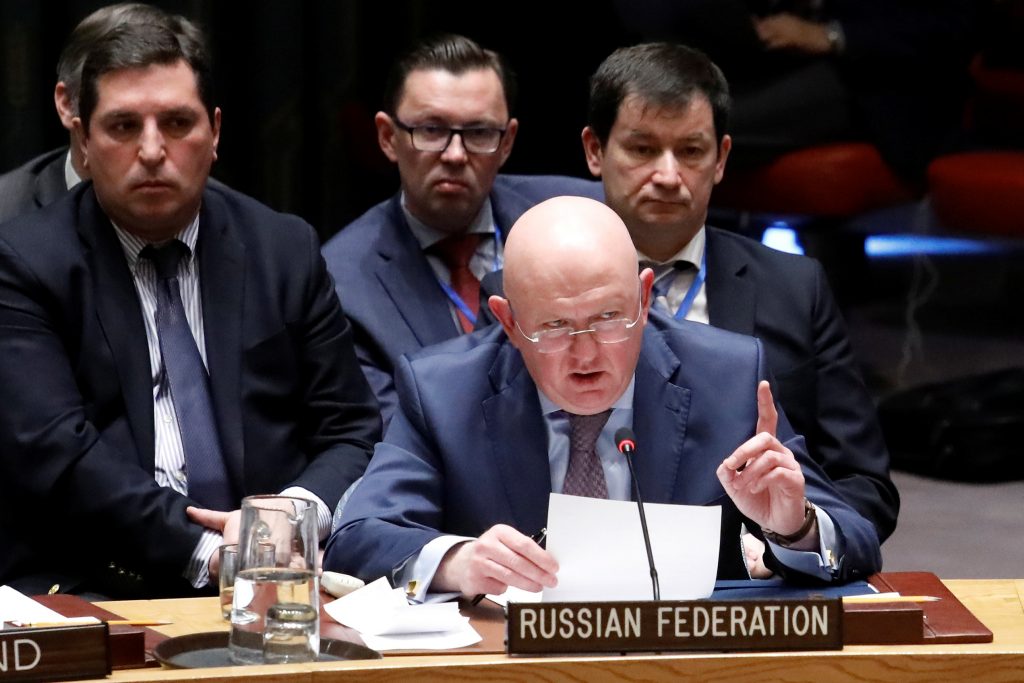 The coronavirus crisis is still in full swing, but attention is already turning towards the international environment we are likely to encounter in the post-pandemic world. With entire countries currently in lock down and comparisons with major wars becoming commonplace, many expect the impact from the crisis to be genuinely historic.

One popular subject of speculation is the need to rethink the global architecture of international relations. In particular, many observers are highly critical of the United Nations response to the coronavirus outbreak and see it as a damning verdict of an organization that was first established in the aftermath of WWII to transform the way the nations of the world interacted. Such criticism is nothing new in Ukraine, where the idea that the UN is not fit for purpose has been enthusiastically discussed and widely embraced since 2014. Will the coronavirus crisis now lead to serious debate over the need for fundamental reform at the United Nations?

When Russian aggression against Ukraine first began six years ago, it quickly became obvious that the existing international institutions were completely ineffective and often failed to function at all. Ukrainians found themselves in the absurd position of facing an aggressor country with a permanent seat on the UN Security Council that used this exclusive position to veto any official acknowledgment that international aggression was taking place at all. This created a farcical situation wherein one part of the UN Charter could not be implemented because of another part. By its mere existence, the UN’s most prominent decision-making body, the Security Council, had come to implicitly legitimize the military expansion of one of its permanent members at the expense of another UN member state. This sorry state of affairs directly undermined the central rationale behind the creation of the United Nations following WWII, which was to prevent any more wars of aggression.

Despite the obvious injustice of the situation the country found itself in, there was little in practice that Ukraine could do except continue fighting Russian aggression while attempting to rally international solidarity and support. Admittedly, Ukraine’s plight did help to generate discussion over the need to reform the UN Security Council. Working groups were created with this in mind, and some new concepts emerged. However, the debate did not lead anywhere.

This failure to reform was due to the fact that the world’s leading nations did not see sufficient need to reboot the entire existing international system. Even more troubling has been Russia’s efforts to bypass its expulsion from the G8 group of leading nations and engage diplomatically with the permanent members of the UN Security Council. In effect, the Kremlin has sought to discuss the fate of Ukraine without any Ukrainians being present, and has exploited the outdated idiosyncrasies of the UN’s structure in order to do so.

The current pandemic is now disrupting international affairs in ways that make reform of the United Nations realistic for the first time in a generation. Indeed, the global mood is now beginning to share some similarities with the climate at the end of the twentieth century’s two world wars in 1918 and 1945, which gave birth to the League of Nations and United Nations respectively. In this environment, Ukraine has a far greater chance of finding like-minded allies who also seek to pursue the wholesale transformation of the United Nations.

Resistance to any such proposals would be stiff. However, failure to address the shortcomings exposed by such landmark events as the coronavirus crisis and Russian aggression against Ukraine would risk further undermining the legitimacy of the current UN system. This could lead to the United Nations becoming increasingly irrelevant and ineffective in addressing the major challenges facing humanity, much as its predecessor the League of Nations faded into redundancy and was eventually washed away by a rising tide of totalitarianism in the late 1930s.

Talk of change at the United Nations is not in itself controversial. Today’s reform-minded UN Secretary-General, Antonio Guterres, has initiated a wide-ranging discussion on the subject. However, he has not yet been able to implement any of the substantive changes he planned when he first took office in January 2017. As a result, we may have already passed the chance for a gradual reform of the UN system. Instead, with confidence in the world’s current institutional structures dwindling with every passing week of coronavirus shocks, the prospect of radical change becomes more and more realistic.

Before beginning any reboot, the entire UN system would have to be thoroughly reassessed. Ideally, this would be done by an external and independent auditor. The most obvious candidate for change is the World Health Organization, which is widely seen to have failed in its duty to provide adequate monitoring and early warning of the current pandemic. A more decisive response could have saved thousands of lives and prevented the economic collapse that now menaces the entire planet. Questions are also being asked over the WHO’s relationship with China and its apparent unwillingness to complicate ties with Beijing. International institutions that cannot act on the basis of impartial analysis are doomed to be ineffective. Ukrainians learned this painful lesson in 2014. It is now also increasingly obvious to wider international audiences.

The question remains of who would be best-placed to initiate, formulate and implement a global solution to the questions currently being asked of the existing international system. During the two previous formative periods following WWI and WWII, the victorious allies inevitably took the lead. In today’s very different circumstances, there is no clear candidate camp or driving force to initiate and push through a comprehensive reboot. Instead, Ukrainians should look to join forces with other nations seeking a fundamental remake of the current UN system. Their goal should be to put the issue on the agenda for diplomats, politicians, and journalists. The coronavirus crisis is exposing the weakness of today’s international institutions, but it may also pave the way for long overdue and radical reform.

Pavlo Klimkin was Ukrainian Minister of Foreign Affairs from 2014 until 2019 and is Head of the European, Regional and Russian Studies Program at the Ukrainian Institute for the Future in Kyiv.

Andreas Umland is General Editor of the book series “Soviet and Post-Soviet Politics and Society” at ibidem Press in Stuttgart and a Senior Expert at the Ukrainian Institute for the Future in Kyiv.

The Russian Orthodox Church in Ukraine has emerged as a key source of coronavirus infection in the country over the past week after church officials refused to follow government lock down guidelines.