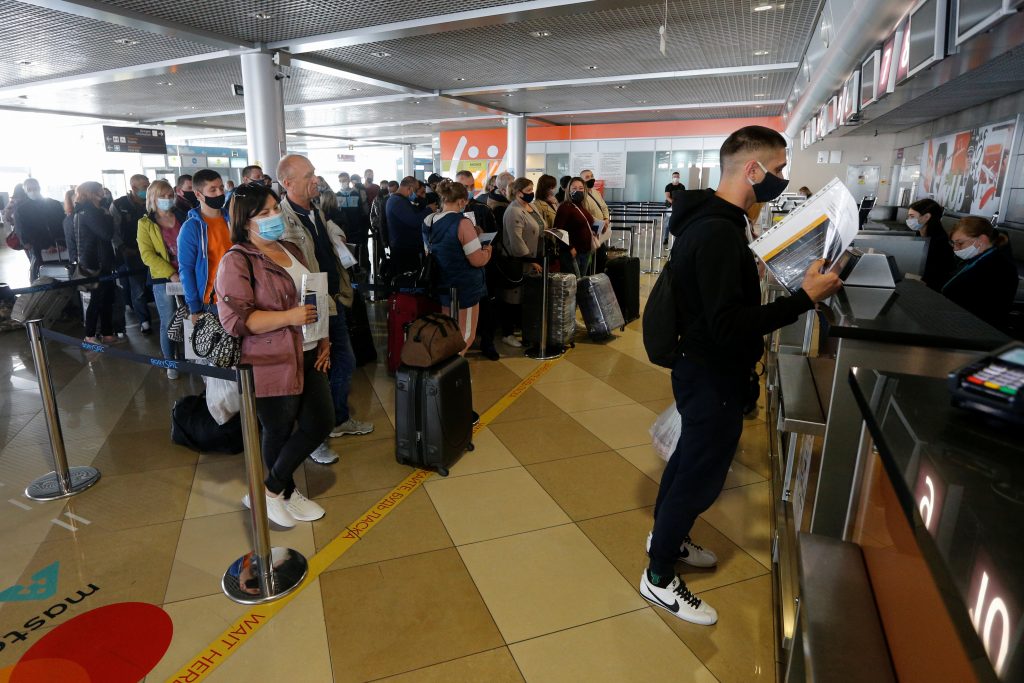 As Ukraine progresses through its five phases of relaxing national quarantine measures, the country’s next step will be to address the economic disruption caused by the coronavirus crisis. Governments around the world are now grappling with the economic shock of strict lockdowns, including the closure of national borders and curtailing of transportation. In Ukraine, much of the burden for restarting the economy and finding solutions to surging unemployment will rest with local governments.

According to official statistics and Ministry of Health statements on hospital capacity, the immediate health crisis, which had threatened to overwhelm medical facilities, particularly in rural regions, has abated for now. The longer-term consequences of the quarantine, which have included the closure of state borders, could be felt indefinitely. The future is particularly uncertain for Ukrainians who rely on annual or seasonal employment opportunities in EU countries. This in turn means significantly less money in the form of remittances flowing into local economies across Ukraine.

The economic impact from the coronavirus pandemic is being felt across all regions of Ukraine, but most acutely in the western region of the country. Western Ukraine has the highest volume of workers who pursue employment opportunities in neighboring EU countries. These regions have been especially hard hit, as infected workers have returned from Italy and other infection hot spots in the EU. Ukraine’s smallest region of Chernivtsi, with a population of 909,000, had 2,742 reported coronavirus cases as of May 19. This was disproportionately higher than Ukraine’s capital Kyiv, with a population of over three million residents and only 2,350 reported cases.

With some of the highest numbers of residents working in the EU, many of whom are seasonal workers, western Ukraine has benefited economically from the stream of remittances in recent years. In 2019, Ukrainians sent back an estimated USD 16 billion accord to the World Bank. Labor remittances were unequally supporting larger numbers of communities in western Ukraine. The suspension (at least temporarily) of these remittances will hinder the economic recovery of this region and Ukraine as a whole.

The International Republican Institute’s (IRI)’s 2020 Nationwide Municipal Survey, which was funded by the United States Agency for International Development (USAID) and conducted immediately prior to the country’s first coronavirus cases confirmed in Chernivtsi, shows that despite western Ukraine’s economic development, the region remains extremely vulnerable to economic stress. As evidence of the fragility of the region’s economy before COVID-19, interest in emigration was the highest in all of Ukraine.

The survey found that 49 percent of Ivano-Frankivsk respondents and 46 percent of Ternopil residents were either considering or planning to move abroad for work, compared to a national aggregate average of 31 percent. Nationally, 61 percent of young Ukrainians between the ages of 18 and 29 were considering emigrating abroad for employment.

How local governments respond to the coronavirus economic crisis will be critical. According to IRI’s survey, the ability to engage in entrepreneurship and to be paid what is considered enough money for work remain the lowest indicators ranked by residents across all 24 featured Ukrainian cities. For western Ukraine however, those indicators are higher than cities in the center, south and east of the country.

Ukraine’s decentralization reforms of recent years provide a platform to build on. The door remains open for local authorities to take action to catalyze entrepreneurial activity, promote transparency, and limit regulation and bureaucracy wherever possible. Many cities in Ukraine have already begun moving in this direction, the rest need to follow in order to prevent a new exodus of workers.

Recent statements from Prime Minister Denys Shmyhal and the Ministry of Transportation signal the easing of restrictions on employment abroad via organized charter flights. This would be welcomed not only by those seeking work, but also by local governments in western Ukraine. However, a smart reopening of borders that alleviates the growing unemployment burden in Ukraine and reduces dissatisfaction with government responses to the crisis is only a temporary solution.

Longer-term strategic thinking and planning at the local level needs to consider the core competencies of each city. Local authorities much also look to leverage the greatest resource Ukraine has, namely its people and their entrepreneurial approach to finding solutions to almost every problem that comes their country’s way.

For western Ukraine, although faced with significant healthcare and economic challenges, the potential to co-create solutions between communities and elected officials exists. As Ukraine emerges from the quarantine period and sets out on the road to recovery, the hard work for local governments and entrepreneurs begins. The challenge is to rebuild a more resilient Ukrainian economy capable of persuading more Ukrainians that they can secure an attractive future without having to leave the country.

Image: Ukrainians check in for a flight to Poland from Boryspil International Airport on May 24, 2020. The first Ukrainian seasonal workers are now returning to Poland as lockdown measures in both countries against the coronavirus pandemic begin to ease. REUTERS/Valentyn Ogirenko