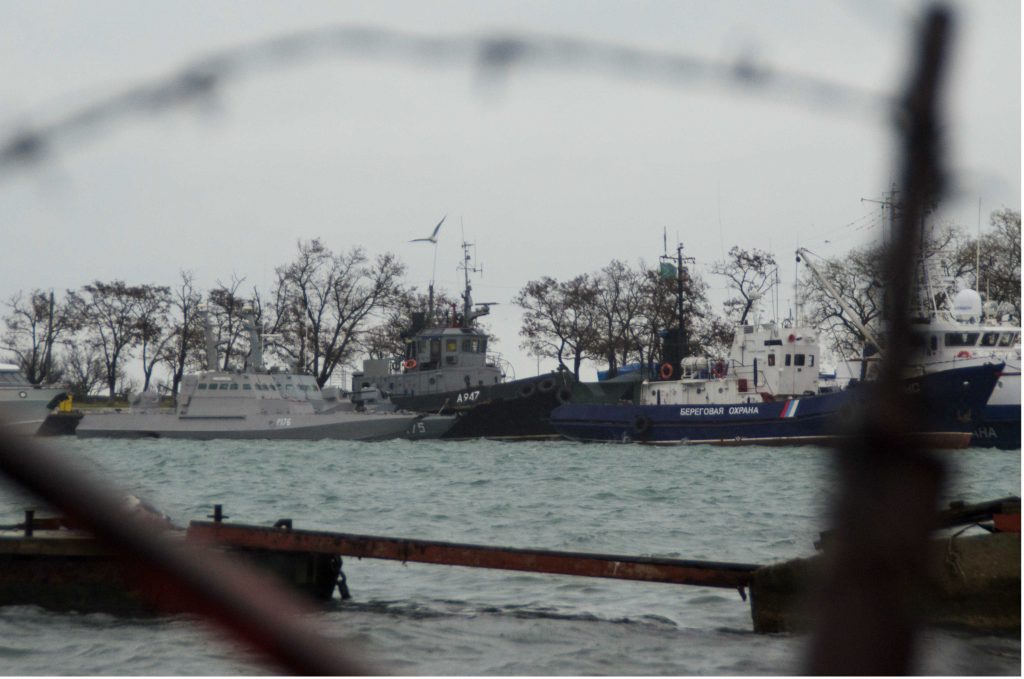 Six weeks ago, Russia attacked Ukraine in the Straits of Kerch and it made international news. US President Donald Trump canceled a high-level meeting with Russian President Vladimir Putin in response. Other governments denounced the Kremlin’s actions. Then the news faded. Right now, the weak Western response means that Putin has gained a tactical advantage, which makes it more likely that Moscow will escalate further in the future.

It would be easy to dismiss the latest flare-up as Ukraine’s problem, but that would be foolish.

The Kremlin is pursuing a revisionist policy designed to weaken NATO and the European Union. Its current aggression is focused on Ukraine.

The smartest way for the United States to thwart Putin’s efforts is to make him pay a heavy price for his war against Ukraine. This can be done at a very low cost to us: sanctions on Russian leaders and the economy and weapons for Ukraine. Others have examined the various sanctions options, but no one has stated clearly what weapons the United States should provide to shore up Ukraine’s vulnerabilities. We should provide at least six, and as many as twelve, Mark V PT boats. They should be equipped with at least fifty and as many as 100 Hellfire missiles. The United States should also provide at least 100 Harpoon anti-ship missiles. Mark V’s can be transported by air to Mariupol and Berdyansk, Ukraine’s two port cities in the Sea of Azov, where Russia fired on Ukrainian boats on November 25.

What would these weapons do?

The United States has a large number of 1970s Harpoon anti-ship missiles that are sitting in storage. These can be provided gratis and save us storage expenses. US forces use newer Harpoons. Harpoons have a range of over fifty miles and would be a problem for Russian ships approaching Mariupol or Berdyansk and, of course, for any amphibious operation against Ukraine’s coast, whether in Azov or the Black Sea.

Beyond borderlands: ensuring the sovereignty of all nations of Eastern Europe

Territories between great powers—borderlands—have always been areas of strife. So it is with the countries caught between Russia and the West, those that were once part of the Soviet Union or firmly within its sphere of influence.

The United States should also help Ukraine reinforce its naval presence in the Sea of Azov by providing Mark V PT boats. The Ukrainian navy cannot match Russian firepower in the Sea of Azov. But fast patrol boats would provide a punch that would put larger Russian vessels at risk. The Mark V’s carry torpedoes and the United States could make the boats much more of a threat to the Russian navy by providing nautical Hellfire missiles, which can be launched from the Mark V.

Finally, we should also provide the radar and intel systems that would help Ukraine’s military keep track of the Russian navy in the Sea of Azov. This would be essential to gauge the threat of that navy and would be important for targeting those ships. The purpose, of course, is not to encourage Ukraine to shoot at the Russian navy, but to give it the capability to shoot back once provoked, which would establish a measure of deterrence in the Sea of Azov. Today, Moscow exploits the lack of any naval deterrence.

The Kremlin has established overwhelming military superiority in the Sea of Azov and, with their attack on and seizure of Ukrainian navy vessels in late November, have demonstrated that they want no challenge from Ukraine there.

Since April, Moscow has used this predominance to harass shipping to and from Ukraine’s Azov ports, reducing shipping by at least 50 percent. But its naval presence also gives Moscow the ability to conduct amphibious military operations against Ukraine’s Azov coastline.

The United States is not in a position to offset Moscow’s naval superiority in the Sea of Azov, just as it is not in a position to offset the Kremlin’s conventional superiority in the war in the Donbas. But the United States could give Ukraine assets to provide an asymmetric challenge to Moscow in the Sea of Azov. This would be similar in some ways to the US provision of Javelins to Ukraine, which did much to neuter Moscow’s tank advantage in the Donbas and convince Kyiv that the US position remains firm.

The US response to Moscow’s escalation in late November has been underwhelming, and Putin is likely to interpret it as a green light if we do nothing but cancel meetings. Putin is a menace to the international order and he’s only getting bolder. Now is the time to act.