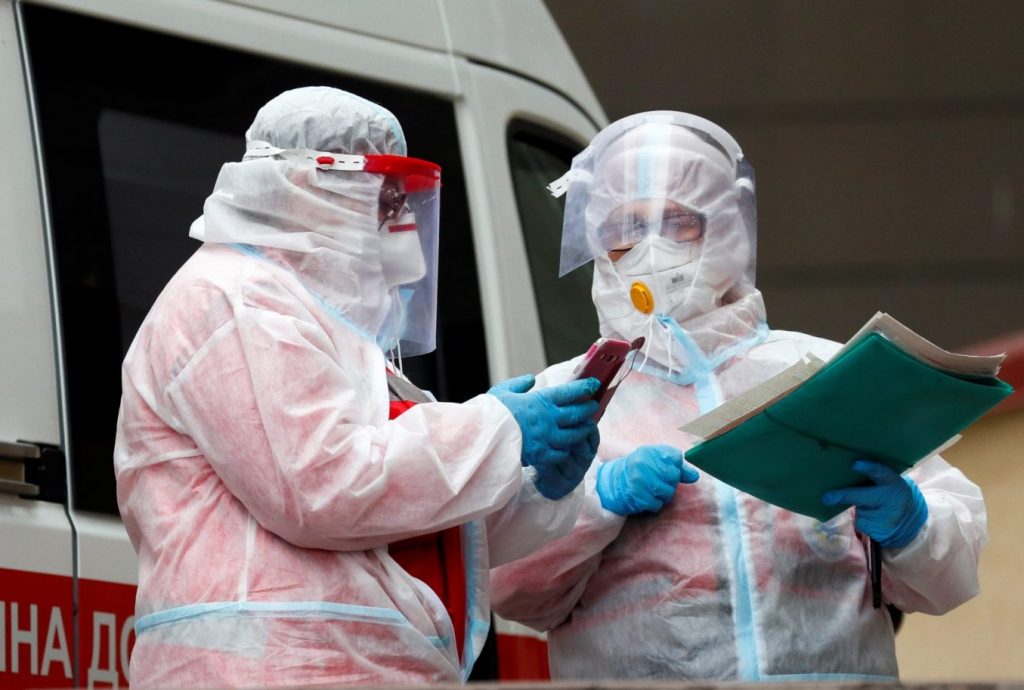 As Ukraine began 2020, the reform priorities for the country’s healthcare sector appeared to be clear. The Ministry of Health was expected to implement the secondary phase of a landmark healthcare transformation law by April 1, 2020.

Instead, secondary phase implementation is being neglected by the government as the country suffers from faltering leadership in the fight against a rapidly worsening coronavirus crisis. Meanwhile, healthcare procurement safeguards that had been put into place to prevent corruption are being eliminated.

Admittedly, the Ukrainian government is far from alone in struggling to deal with the impact of Covid-19. Indeed, the global pandemic has complicated every country’s plans. However, the Zelenskyy administration was already failing in its efforts to modernize the country’s healthcare system, even before the onset of the coronavirus crisis and the introduction of lockdown measures in the second half of March.

The transformation of the Ukrainian healthcare sector was supposed to be one of the main focuses of the post-2014 reform agenda embarked upon following the Revolution of Dignity. By 2018, Ukraine had already implemented the first phase of the country’s October 2017 healthcare transformation law. More than 30 million Ukrainians signed up for this family doctor reform. It soon proved popular. Public opinion polls consistently demonstrated levels of satisfaction with family doctors at over 70%.

Despite the assertion in March 2020 by Parliamentary Healthcare Committee Chair Mykhailo Radutskiy that “there will be no postponement,” there has indeed been postponement of the secondary phase through neglect. Technically, the law still stands, but due to the weak leadership of PM Denys Shmyhal’s Cabinet of Ministers, only a handful of hospitals have been brave enough to move forward with the transformation envisioned in the law. There has been no direction from the top, no strategy, and no vision to implement. Now, as the coronavirus crisis grows increasingly acute in Ukraine, the wisdom of King Solomon rings particularly true: “Where there is no vision, the people perish.”

The current statistics underline the scale of the crisis. When Maksym Stepanov took over as Ukraine’s Minister of Health on March 30, 2020, the daily number of Covid cases was 73 and there were 548 cases in total. After more than seven months of Stepanov leading Ukraine’s response to the pandemic, the country is now registering over 10,000 Covid cases every day.

Each week, the Ministry of Health conjures up new ideas to slow the spread of the pandemic. Stepanov’s latest prescription was to ban dining inside restaurants on weekends (but not during weekdays). The government’s present response is clearly feeble. Indeed, recent news of Stepanov’s own Covid infection serves as a sad indictment of this failure to control the crisis.

At a time of huge strains on state budgets, Ukraine should be protecting all available safeguards to fight corruption in the healthcare procurement sphere. Instead, the Ministry of Health appears to be moving in the opposite direction.

Ukraine introduced the international procurement of medicines during the initial stages of post-2014 healthcare reforms. This was done to cut out corruption and to prepare Ukraine for future healthcare crises like the current pandemic. A country cannot wait until a pandemic strikes before accumulating inventories of the necessary medicines. These medicines have to be stockpiled ahead of time in preparation for such an emergency.

In 2015, Ukraine subcontracted its medical and vaccine procurement to three international organizations: the United Nations Development Project, UNICEF, and the British Crown Agents. After years of corrupt tenders, poor quality medicines, and lack of supplies, the procurement process had to be removed from Ukraine’s Ministry of Health.

The 2015 program did exactly that, and the results were phenomenal. Not only did the program save more than USD 200 million, with savings used to buy additional medicines, but inventory levels reached new highs.

This year, a significant part of the procurement of medicines was transferred to the State Enterprise for Medical Procurement, a new state agency established in 2018 and specifically tasked with medical procurement. However, the Ministry of Health immediately began playing games to circumvent the independent agency.

The Ministry of Health has since insisted on writing the terms of reference (ToR) for almost all medical procurement issues. This threatens to defeat the whole purpose of an independent procurement agency, which is to remove political, personal, and sometimes corrupt factors from the process.

While the government dilly-dallies over questionable procurement tenders and weekend restaurant bans to combat coronavirus, it seems the only thing officials fully understand is that the public is neither happy with the state of healthcare in Ukraine, nor the government’s handling of the pandemic. Perhaps that is why articles have begun to appear in some media attempting to blame the former Health Minister, Dr. Ulana Suprun, for the current substandard response to the coronavirus crisis in Ukraine.

Given that Suprun left office in August 2019, these claims are comical. In contrast to Suprun’s three years of leadership as minister, the Zelenskyy government is now on its third health minister this year alone, with many predicting a fourth before 2021.

There is a Japanese proverb that says, “fix the problem, not the blame.” The Zelenskyy government would be wise to fix their own mounting healthcare problems before trying to point fingers at imaginary culprits.