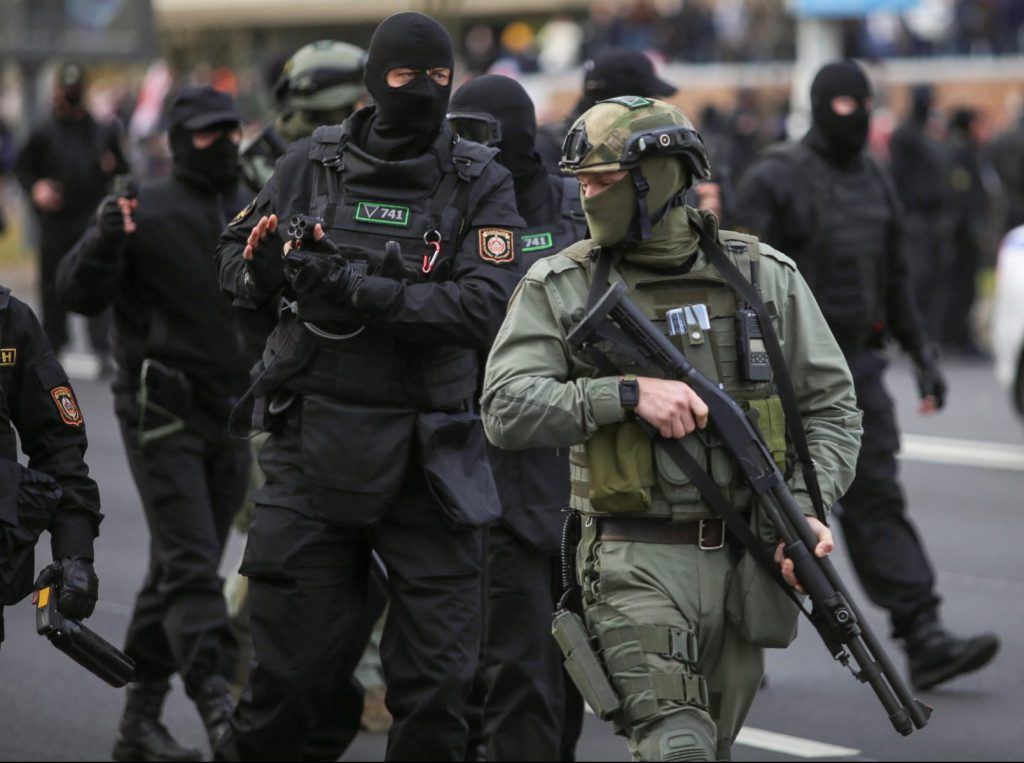 The pro-democracy uprising in Belarus passed the one hundred day mark in mid-November with protests refusing to cease despite a fresh escalation in state violence. At least 1,000 people were detained across Belarus on November 15, the largest number of detentions reported in a single day since protests began three months earlier.

What started out in August as a response to a deeply flawed presidential election has since evolved into a national awakening. This has transformed formerly sleepy Belarus into the new front line in the struggle between democracy and authoritarianism. For now, the country’s dictator, Alyaksandr Lukashenka, remains very much in power. However, his reliance on increasingly brutal methods of repression has radicalized Belarusian society in ways that make it difficult to envisage any long-term future for his regime.

The strength, resilience, and durability of the current protest movement in Belarus has taken most observers by surprise. There had been a number of previous attempts to challenge Lukashenka during his 26-year reign, but these efforts all failed to gather the necessary momentum and were typically crushed in a matter of days by the police state.

This time has been far different. From the very beginning, support has come from overwhelming numbers of Belarusians and from across most demographics. Students have been prominent at protests, but so have factory workers and pension-age retirees. While the largest rallies have necessarily taken place in the country’s capital Minsk, there have been protest actions in towns and cities across Belarus.

It has largely been a leaderless affair, with grassroots mobilization via online platforms and Telegram channels taking the place of individual protest leaders. Crucially, the protesters have shown tremendous discipline and remained remarkably peaceful despite endless provocation. They have deliberately eschewed any physical confrontations for fear of losing the moral argument and providing the authorities with the excuse they seek to justify their own heavy-handed conduct. This gives rise to the question of how long the country’s attempted velvet revolution can proceed in its present form while protesters remain under daily duress and exposed to the excesses of the security services.

In recent weeks, the level of violence deployed against protesters has risen sharply. Indeed, the use of overwhelming force has become such a common feature of everyday Belarusian life that many commentators now accuse Lukashenka of waging war against his own people.

This growing dependence on terror tactics has been made possible by the continuing loyalty of the regime’s sizable security apparatus, whose members are motivated by a range of economic and social privileges including relatively generous salaries, interest-free loans, service apartments, and the promise of attractive pensions.

With all of these perks now under threat, the security services have undergone their own process of radicalization in parallel to that of the general population. As the protests have evolved, individual security personnel have gradually overcome any initial misgivings regarding the manhandling of women, students, the elderly, and anyone else who dares get in their way. Earlier incidents of riot police accepting flowers from young ladies are now a distant memory as bitterness increases and divides deepen.

Perhaps the most striking indication of the irreparable rift that has opened up within Belarusian society is the growing tendency to equate Lukashenka and his regime with the Nazi invaders of WWII. Belarus suffered staggering losses during the Second World War, and the historical memory of this experience remains central to the country’s identity. Much like fellow autocrat Vladimir Putin in neighboring Russia, Lukashenka has long sought to exploit public veneration of the Soviet role in WWII to consolidate support for the current authorities. However, with the population now traumatized by first-hand experience and readily available video footage of regime brutality, it has become routine to brand the security services as “fascists” and to compare their crimes with those of Hitler’s forces. This is the most damning verdict any Belarusian could conceivably deliver.

It is impossible to know exactly how many Belarusians have been directly affected by the rising tide of state-sponsored violence in the country. Unconfirmed figures suggest that over 20,000 people have been detained since protests began on August 9, while human rights groups are investigating hundreds of individual incidents of alleged torture. A number of protesters have lost their lives, with the most recent fatality occurring on November 11 when 31-year-old Raman Bondarenka was beaten to death by masked regime thugs in a Minsk residential district known as a hub of anti-government protest activities.

Meanwhile, weekly rallies in the capital have regularly attracted crowds of over 100,000, with thousands more joining events in other cities across the nation. In a country with a total population of less than ten million, these numbers are significant and indicate that few Belarusians have been left untouched by the uprising.

What does this mean for the future of Belarus? In order to break the will of the protest movement, Lukashenka would likely need to deploy overwhelming force to such a degree that he would risk causing dozens if not hundreds of deaths. Even if he chose to pursue this drastic option, it no longer seems plausible that he will ever be able to reestablish control over the population through force alone.

The unspoken social contract that enabled Lukashenka to rule for more than a quarter of a century has been irrevocably broken by the violence and trauma inflicted on the population over the past hundred days. This collapse in trust extends to the country’s security services, which have become hopelessly complicit in the crimes of the regime.

Nor is there any indication that the authorities are open to dialogue. On the contrary, Lukashenka has repeatedly dismissed the idea of engaging with the country’s pro-democracy movement and has made it clear that he intends to fight to the bitter end if necessary. There has been no talk of compromise or reconciliation. Instead, he has demonized protesters and is now threatening to revoke the citizenship of anyone accused of attending rallies.

The only realistic short-term forecast for the country is further regime violence. While the international response to the crisis has so far been underwhelming, the Belarus dictator knows that US President-elect Joe Biden has vowed to impose tough new sanctions and promised to support for the country’s pro-democracy movement. With Biden set to enter the White House in late January 2020, the clock is now ticking. Lukashenka appears to be in a hurry to end the uprising before it can become a geopolitical battleground between his patron, Vladimir Putin, and the incoming US president.

This leaves little prospect of relief for the traumatized people of Belarus, who are destined to endure more horrors in the coming weeks of winter gloom. Nevertheless, the changes of the past hundred days already look to be irreversible. Belarusian society has woken from its post-Soviet slumber and undergone a remarkable civic transformation. With no middle ground left for any compromises, the confrontation between Belarus’s pro-democracy protest movement and the country’s blood-stained dictator appears to have moved beyond the point of no return.