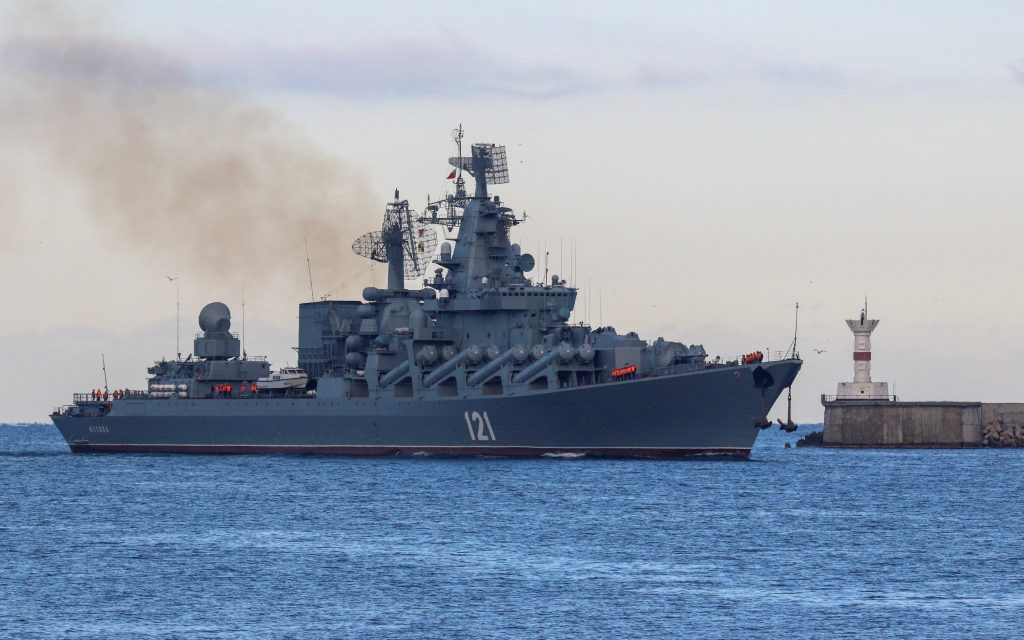 A week of high-stakes talks between Russian and Western officials have failed to reduce the geopolitical tension in Eastern Europe, where Moscow has concentrated over 100,000 troops on the border with Ukraine and is threatening unspecified “military-technical measures” if its ultimatums on ending Ukrainian-NATO cooperation are not met.

While the Baltic Sea has received considerable attention from NATO strategic planners in recent years, the need for a cohesive NATO Black Sea Defense Strategy is now more evident than ever. As current unclassified intelligence suggests, Russian-occupied Crimea could be used as a military staging ground for the southern flank of a potential full-scale invasion of Ukraine. Growing Russian dominance in the Black Sea also raises the possibility of a naval blockade targeting merchant shipping or amphibious landings along Ukraine’s southern coastline in the region around Odesa.

Unfortunately, the current NATO strategy to deter Russian aggression in the Black Sea region is dangerously underdeveloped. The region’s three NATO member states Romania, Bulgaria and Turkey have so far been unable to establish a comprehensive Black Sea security strategy together with NATO partners Ukraine and Georgia to counter the challenges posed by Russia.

The kind of cooperation required for an effective NATO Black Sea Defense Strategy has so far proved elusive amid political differences between member states. While there is little prospect of progress in Ukraine and Georgia’s membership bids, these two NATO partner nations also have an important role to play in the alliance’s Black Sea strategy.

An achievable first step towards a more coherent NATO position in the Black Sea would be greater Western assistance in rebuilding Ukrainian and Georgian maritime strength.

The 1936 Montreux Convention makes maintaining a consistent NATO Black Sea presence difficult, as Turkey retains control over the straits and places considerable constraints on the number, transit time, and tonnage of naval vessels. This enhances the potential role of Black Sea partners Ukraine and Georgia.

Ukraine lost the majority of its navy to the Russian occupation of Crimea in 2014, while much of Georgia’s navy was destroyed during the country’s 2008 conflict with Russia. Additional funding would enable Ukraine and Georgia to rebuild their naval capabilities according to NATO standards. This would result in more vessels permanently stationed in the Black Sea.

This is already happening to a degree, but efforts need to be expedited with regards to the current crisis. The West, however, should be wary of supplying Ukraine and Georgia with corvette-class ships, as larger vessels are expensive to operate. They are also more vulnerable to Russia’s superior naval strength, while the shallow water ports of Odesa and Mykolaiv do not provide suitable infrastructure.

With this in mind, the West should continue assisting Ukraine in the assembly of a fleet capable of carrying out its mosquito defense strategy. This should include small, inexpensive patrol boats, amphibious boats capable of landing infantry, and missile attack vessels capable of preventing Russian troop landings.

In the event of a major military escalation by Moscow, the NATO goal in the Black Sea would be to adopt an effective “sea denial” strategy. This strategy would entail a force that is capable of at least limiting Russian freedom of navigation in illegally occupied areas. To achieve this presence, NATO could further merge military exercises with its partners Ukraine and Georgia.

At this point, Romania is by far the most enthusiastic supporter of a greater alliance presence in the region and, after signing a 10-year cooperation agreement with the US, can be considered a stable anchor for NATO in the Black Sea.

The NATO maritime presence in the Black Sea has been steadily decreasing after the initial years of Russian aggression against Ukraine. In February 2017, NATO Secretary General Jens Stoltenberg pledged to increase the NATO presence in the region, but progress has been suboptimal.

The Romanian, Ukrainian and Georgian navies could contribute to the establishment of a permanent Black Sea presence in line with the Montreux Convention, with significantly increased size, scale, and sophistication of their current exercises. It is imperative that a unified land, air, and sea defense strategy should not be excluded. NATO in this area could attempt to replicate the contemporary strategy for the Baltic Sea in the Black Sea.

Ukraine holds a regular Black Sea exercise with NATO known as Sea Breeze, as well as the Rapid Trident land exercise and several others. Georgia hosts the Noble Partner army exercise, while the US and Romania jointly organize Saber Guardian. Ben Hodges of the Center for European Policy Analysis has suggested that these should not be isolated exercises, but instead should be linked together as a show of unified Black Sea regional defense.

Western planners must remember that Russia respects strength above all else. The fact that there is currently no unified policy within NATO on Black Sea security is a major weakness. Internal differences within the alliance present Russia with opportunities at a highly inopportune moment in relations with the Kremlin.

Many in NATO are currently looking for ways to re-engage with Russia by combining deterrence with dialogue. A clear and coherent strategy in the Black Sea would project the kind of strength that Moscow understands and respects.

Skyler Blake is a Research Assistant Intern at the New Europe Center in Kyiv.