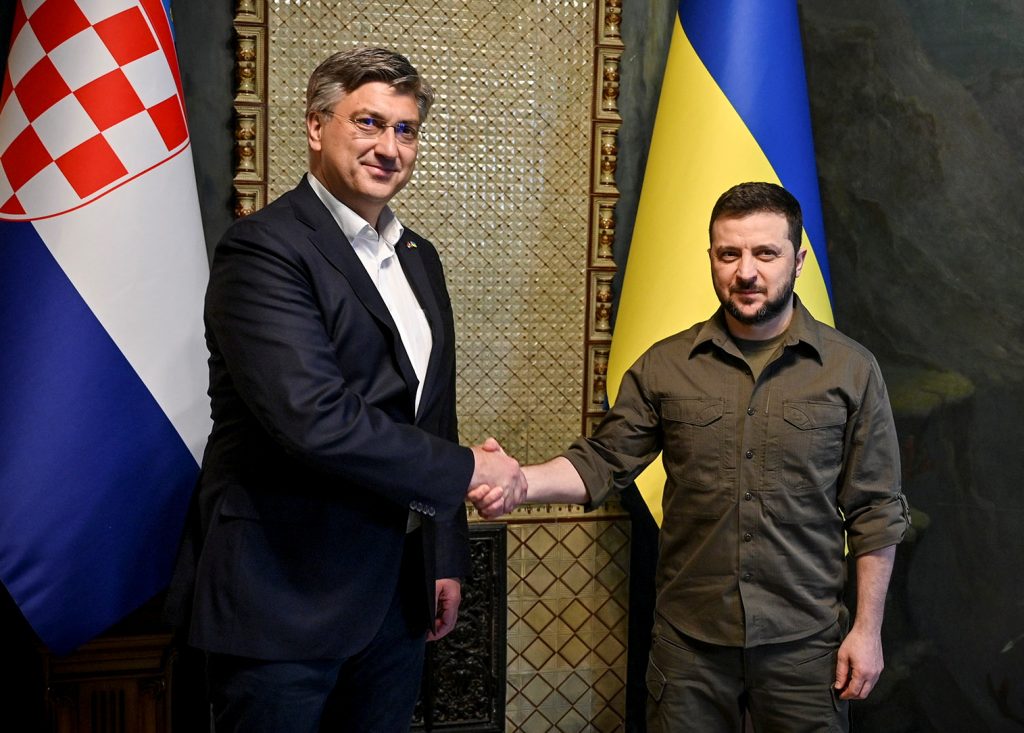 I recently had a fascinating chat with my colleague, Darjan Milutinovic. We discussed a country fighting for its freedom at a time when its independence was denied by a far more powerful neighbor. This adversary launched a full-scale invasion with a much larger army and occupied a quarter of the country while destroying entire cities and committing war crimes. People experienced mass murder, torture and rape, with citizens herded into camps. The country’s economy collapsed but the people fought on, buoyed by a strong vision of a brighter future.

This sounds exactly like Ukraine’s current experience, but it is actually the story of Croatia in the early 1990s.

In 1991, Europe’s biggest conflict since WWII erupted in the Balkans when the Yugoslavian military invaded Croatia after it declared independence. Serbia opposed the secession and sought to claim Croatian lands populated by ethnic Serbs. After an initial attempt to occupy Croatia failed, a self-proclaimed Serbia-backed entity was established within Croatia occupying 26% of the country.

In 1995, Croatia launched two major offensives and regained control over the occupied regions of the country. Despite this success, the cost of the conflict was huge. From a pre-war population of four million, around 15,000 civilians and soldiers were killed or missing. More than half a million people were displaced. Economic losses were equally severe, with GDP falling by half during the first year of the conflict alone. Meanwhile, infrastructure damaged was estimated at approximately EUR 250 billion, or five times Croatia’s annual GDP.

In every single category, these figures are strikingly similar to the costs inflicted on Ukraine during the first four months of today’s ongoing Russian invasion.

Since the end of the Balkan Wars, Croatia has made huge progress. It has undergone a transformation from war-torn country to a high-income EU member state and, after Slovenia, is now the most developed country in the region.

The celebration of Croatia’s Statehood Day this year coincided with a historic milestone for Croatia; the European Commission (EC) and the ECB published a Convergence Report which concluded that Croatia is the only non-euro EU country ready to implement the EURO from 2023. The EC also concluded that Croatia no longer suffers from macroeconomic imbalances and can be excluded from the Macro Imbalances Procedure (MIP). Croatia is now expected to join the Schengen zone and become an OECD member in the near future.

Reaching this point was not easy. For a quarter of a century, Croatian governments have had to tackle challenges including rebuilding the country, establishing a sensible monetary regime, and handling successive economic crises. Through it all, Croatia’s strong commitment to EU integration has served as a guiding light that has helped steer the country toward more prosperous times.

The parallels between Croatia’s earlier predicament and Ukraine’s current plight are immediately apparent. Both countries were forced to fight for their freedom, identity and independence against a more powerful neighbor. Thankfully, today’s Ukraine also shares the same sense of national unity and solidarity that proved so crucial in Croatia’s earlier success.

Croatians have enormous empathy for Ukraine’s suffering because it is so painfully familiar. Indeed, this emotional bond has been evident ever since Russian aggression against Ukraine first began with the seizure of Crimea and invasion of eastern Ukraine in 2014. Following the start of Russia’s full-scale invasion in February 2022, Croatia has provided humanitarian and military aid, with individual Croatians volunteering to help defend Ukraine.

While Ukrainians are very grateful for all this material and moral support, we believe Croatia offers something even more precious: hope. Croatia’s national journey is a source of inspiration for all Ukrainians. It tells us that victory over a far stronger adversary is possible. It gives us reason to believe that occupied lands can be liberated and reintegrated. And it allows us to look with growing confidence toward a future within the European family of nations.

Ukrainians expect to receive EU candidate nation status in the coming days, but nobody in Ukraine is under any illusions over the difficulties that lie ahead. The war with Russia is far from over. Ukraine is fighting not only for its independence but for its very existence. Once this existential threat is overcome, Ukraine must then meet the demanding criteria for EU membership. This historic process may take time, but the journey made by Croatia gives us hope and inspiration.

Image: Ukrainian President Volodymyr Zelenskyy and Croatian Prime Minister Andrej Plenkovic pose for a photo as they attend a Kyiv meeting amid Russia's invasion in Ukraine. May 8, 2022. (Ukrainian Presidential Press Service/Handout via REUTERS)