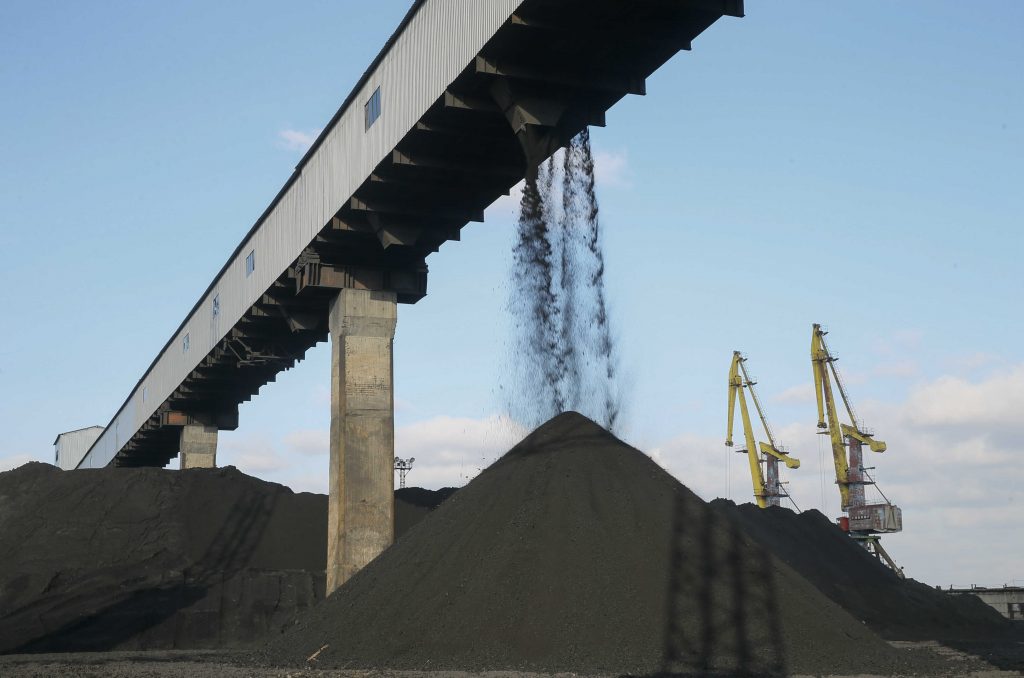 Coal piles are seen at a warehouse of the Trypillian thermal power plant, owned by Ukrainian state-run energy company Centrenergo, in Kyiv region, Ukraine November 23, 2017. Centrenergo is one of 23 large state-owned enterprises the government wants to privatize in 2018. REUTERS/Valentyn Ogirenko

In January, Ukraine’s parliament passed a new privatization law that simplifies the process of selling off state-owned companies. The law reduces existing categories of assets (e.g. buildings, land) and equity (company ownership) into small and large objects. Small objects are assets or companies worth less than 250 million UAH (about $1 million). Everything else is defined as large privatization. The government will retain ownership of some assets deemed strategic and will undertake some restructuring, most importantly at the state gas company Naftogaz.

Almost all small privatization objects are to be sold through ProZorro, an online public procurement platform. The idea is that changing the process by which these assets and companies are sold will improve transparency and introduce market pricing by through online bidding. The government also hopes to greatly accelerate privatization activity.

Large objects will be sold with the help of advisers who will recommend a starting price for the auction and attempt to attract investors. Advisers will help the government set price and sale conditions that are achievable for a large state-owned company. In some cases, the government will try to sell equity in large state enterprises through ProZorro using a bidders’ opening price as the starting point.

Although the new law represents an improvement in efficiency and transparency, using an online platform does not guarantee a reduction in corruption or an increase in economic benefit for the nation and may or may not raise additional revenue. The government’s approach to privatization remains strategically flawed.

The fundamental problem is that the government wants to sell companies rather than assets and do so without first crafting a realistic and effective privatization strategy.

The government has never crafted a privatization strategy where the ultimate objective is to create maximum value for the economy; this could be measured in a number of ways, including an increase in GDP, business formation, capital investment or employment. Instead, the government produces an annual plan to sell assets and companies for the sole purpose of raising money for the annual budget. A budget is not a strategy, and this approach has failed time and time again.

A privatization strategy requires the government to determine the desired outcome of privatization sales. If the sole purpose is to earn money for the budget and the government does not care if a company continues to operate or is cannibalized after the sale, then no strategy is required. Either the equity share package will be purchased, or if not, it will be included into next year’s unrealistic plan. A fundamentally important part of any privatization strategy would be for the government to put insolvent companies—those whose liabilities exceed their assets, often greatly so—into bankruptcy to completely liquidate all liabilities, including current equity. Physical assets could then be sold, preferably after being organized into one or more economically viable asset packages. This would require some legislative changes and would upset certain political and economic groups, which likely explains the government’s reticence.

Two recent asset sales illustrate how this can be done correctly. In auctions in late 2016, two hydroelectric power stations located in Mykolayiv oblast were sold as stand-alone income-generating assets, rather than being sold as part of a company whose equity value is encumbered by large debt and other liabilities. One hydroelectric station sold for five times the initial asking price at 52.5 million UAH and the second station sold for 64 million UAH.

By contrast, selling equity often minimizes sales price. If a balance sheet contains liabilities that exceed asset values, the company has zero business value. This raises a troubling issue. If a buyer is responsible for creating the excessive liabilities that drove the business value to zero, either legitimately or illegitimately, then that buyer benefits twice: once from running up the debts—perhaps by selling inputs to the company at above-market prices or selling company products through intermediary companies at below market prices—and then again from purchasing the company at a greatly reduced privatization price. And government revenue from privatization is minimized, not maximized.

The Ukrainian government should be commended for its recent improvements to the privatization process but it must, after twenty-five years, finally adopt a privatization strategy that benefits the economy and not just the budget.

Paul Thomas is the president of IRE USA and professor of economics at Ukrainian American Concordia University in Kyiv.