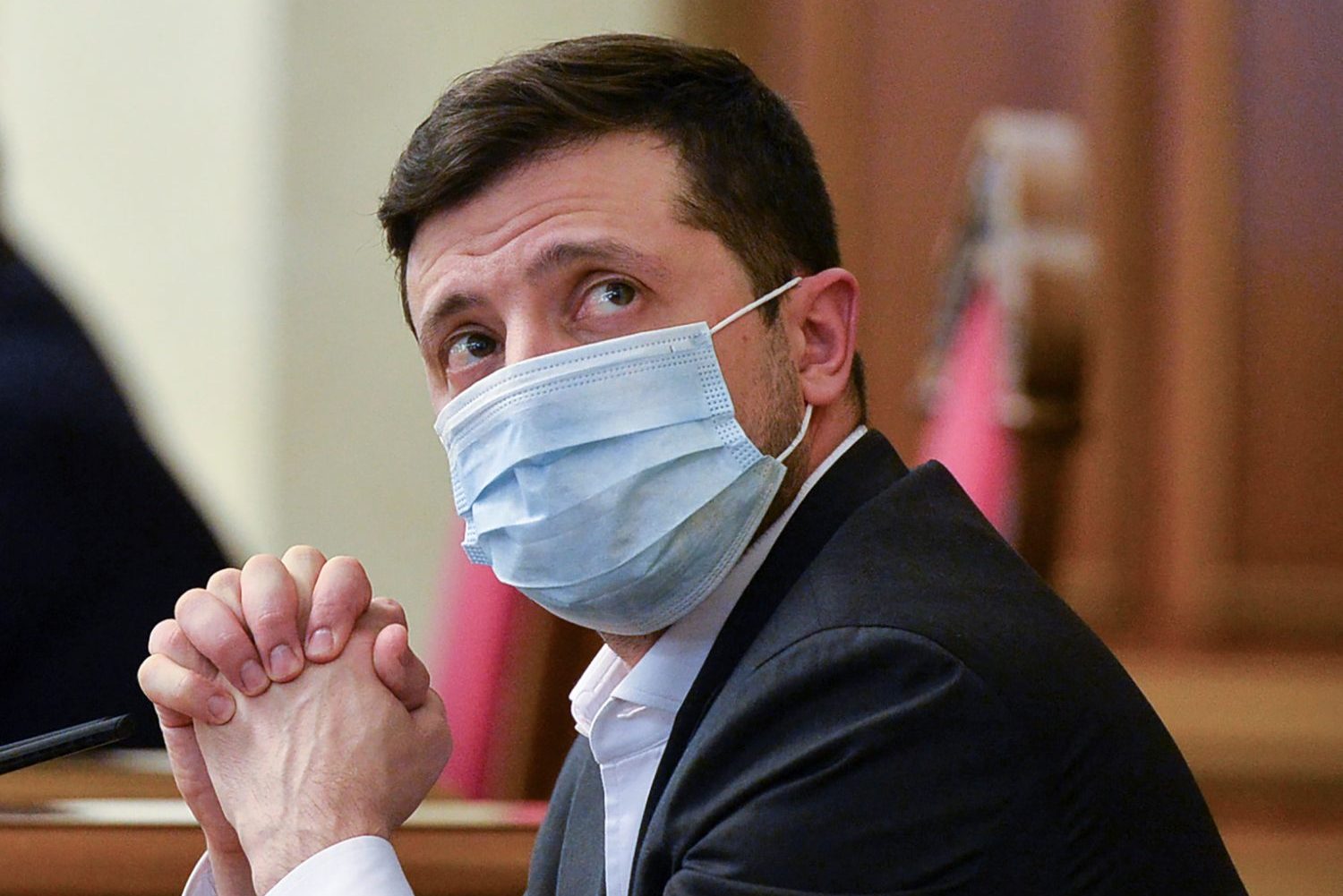 March 30 was a great day for Ukraine that brought major positive changes and reversed the anti-reform backlash underway in the country since March 4. By adopting a long-awaited land market law and passing the first reading of a banking law, the government all but secured a new International Monetary Fund (IMF) loan of USD 8 billion that will stabilize Ukraine’s finances and help the country cope with the escalating coronavirus crisis. Meanwhile, the removal of the recently appointed and highly dubious finance and health ministers came as a major relief. Most important of all, President Zelenskyy now appears to have broken with the odious oligarch Ihor Kolomoiskiy.

The primary goal of the banking law is to prevent Kolomoiskiy from attempting to reclaim the country’s biggest bank Privatbank, which he co-owned until it was nationalized in December 2016. This made the law a litmus test for President Zelenskyy’s relationship with the oligarch and his ability to act independently.

The main question posed about Zelenskyy and his circle has always been how closely they are tied to Kolomoiskiy, who owns the TV channel that propelled the whole Zelenskyy group to stardom. Kolomoiskiy controls about 30 MPs within Zelenskyy’s Servant of the People parliamentary faction. Since entering parliament in August 2019, they have persistently voted against anti-corruption legislation.

It seems that during the weekend of March 28-29, Zelenskyy and his chief of staff Andriy Yermak turned decisively away from Kolomoiskiy. The most convincing circumstantial evidence of a rift was the suspiciously timed March 29 release of scandalous video alleging that Yermak’s brother had tried to trade government positions.

By March 30, the writing was on the wall for the oligarch and Kolomoiskiy’s MPs tended to stay away from parliament as the country’s lawmakers prepared to vote. Those who did gather for the extraordinary parliamentary session in central Kyiv came prepared for pandemic conditions. With five deputies already testing positive for coronavirus, most arrived wearing masks and gloves.

Since the country has been blocked out of international financial markets at a time of mounting global crisis, the task facing the Ukrainian parliament was clear. The IMF is a very straightforward organization. It has relatively few major demands, but it insists on them being fulfilled. Ukraine had already complied with all standard macroeconomic demands for a new program, but the IMF also insisted on a banking law that prohibits the return of nationalized banks to their prior owners, and a law that allows private sales of agricultural land.

The banking law passed comfortably with 267 votes in what was the first of two required readings. While the Kolomoiskiy loyalists in the Servant of the People faction stayed away, former President Petro Poroshenko with 25 MPs and liberal rock star Svyatoslav Vakarchuk’s Holos party with 20 MPs supported Zelenskyy against the oligarch.

In November 2019, the agricultural land law was adopted in a first reading. On Monday, a much-revised final version subject to no less than 4,500 amendments went before parliament. Hundreds of amendments were presented, mainly by the pro-Russian Opposition Platform – For Life party with 44 MPs, but also by the 26 MPs of Yulia Tymoshenko’s Fatherland party. Each speaker was given only half a minute, but they filibustered for hours with each successive amendment instantly voted down.

Just after midnight, the historic moment arrived. Parliament abolished the twenty-year-old moratorium on agricultural land sales with a sound majority of 259 votes. The vote reflected a striking change in the composition of the pro-government coalition. Only 206 of 254 MPs from Zelenskyy’s own Servant of the People faction voted in favor, but they were joined by 23 of 25 from Poroshenko’s European Solidarity and 13 of 20 from Vakarchuk’s Holos, plus 17 independents.

Admittedly, the final version of the land market reform is very modest. Sales will not begin until July 2021 and strict limits will apply for a further two years. Only Ukrainians can buy land with a limit of no more than 100 hectares per person. Nor can any state land to be sold. The real land market will only start from July 2023, but at least it has finally been legislated. This very gradual beginning should help dampen widespread public disquiet surrounding the issue.

On a dramatic day for the Ukrainian parliament, MPs also voted to remove two of the most controversial ministers appointed in the March 4 reshuffle. Finance Minister Ihor Umansky, who discredited himself with the IMF during a prior stint as acting finance minister in 2009-10, gave way to Serhiy Marchenko, who has solid professional and reformist credentials. Health Minister Ilya Yemets, a true dinosaur who previously held the same post under President Yanukovych and had struggled to come to grips with the coronavirus outbreak, was replaced by former Odesa region governor Maksym Stepanov.

Parliament needs to convene again next week to adopt the banking law in a final reading and pass a revised budget, but Zelenskyy already appears to have gained new momentum. His unofficial coalition now consists of just over 200 of his “own” MPs, while Poroshenko and Vakarchuk can provide him with a Western-oriented and liberal parliamentary majority. Meanwhile, the opposition consists of 30 Kolomoiskiy MPs, 44 MPs from Opposition Platform – For Life, and Tymoshenko’s 26 MPs. It remains to be seen whether this new alliance can hold, but it passed a significant test on March 30 and appears to be on a far firmer reformist footing.

Anders Åslund is a senior fellow at the Atlantic Council and his most recent book is “Russia’s Crony Capitalism: The Path from Market Economy to Kleptocracy”.

In an emergency session as the country grapples with the coronavirus crisis, Ukraine’s parliament has voted for two bills that will open the way to new financing from the IMF and other international partners.

Image: Ukrainian President Volodymyr Zelenskyy sports a protective mask during an extraordinary session of parliament in Kyiv on March 30, 2020. REUTERS/Stringer