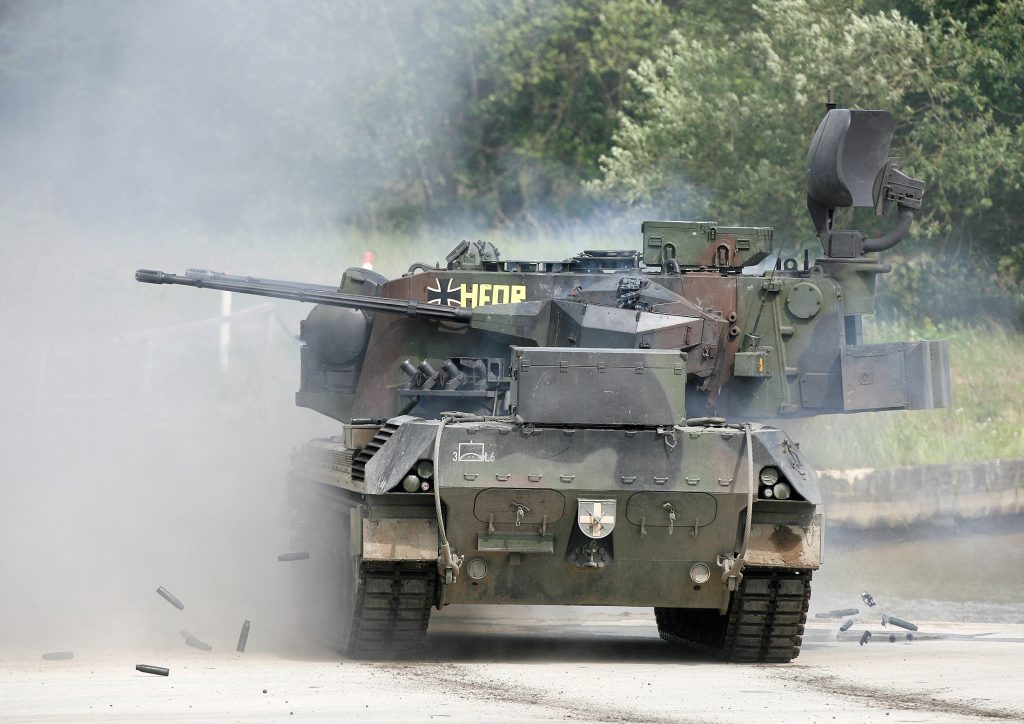 The German parliament on April 28 finally agreed to supply heavy weapons to Ukraine. Moreover, the decision was supported by an overwhelming majority of parliamentary deputies, with 586 voting for and just 100 against. We may now be witnessing the emergence of a different Germany that has set aside its geopolitical fears and is ready to take the lead on the international stage.

In Ukraine, the Bundestag’s decision was hailed as the “last nail in the coffin of Putin’s lobbyism in Europe,” according to presidential adviser Mykhailo Podolyak. Personally, I am not so sure it is really the last nail or if we can even speak of a coffin at this stage, but the vote was definitely an important development for all Ukrainians and for Europe as a whole.

Ever since the start of the Russian invasion two months ago, Germany has been viewed in Ukraine as one of the least supportive European nations. Whenever my radio station has hosted discussions on Ukraine’s Euro-Atlantic integration and Western military aid for Kyiv, the two countries consistently cited as the biggest obstacles are Germany and Hungary. I can see why Hungary’s increasingly authoritarian leader Viktor Orban might view Russian support as a source of legitimacy, but it is difficult for me to understand why a free and economically powerful Germany would compromise itself in order to cultivate close ties with the Kremlin.

When it comes to downplaying conflict with Putin, the new German Chancellor Olaf Scholz has honed his skills to perfection. He zigzags between Russia, the German public, German industrialists, and the wider Western world with a message that while he opposes the war, any meaningful support for Ukraine would be a dangerous escalation. To me, the logic of this position is akin to depriving a domestic abuse victim of support for fear of offending the abuser. This also conveniently allows Germany to remain in its current comfort zone.

Berlin’s attempts to avoid even the slightest confrontation with Moscow have contrasted sharply with the outpouring of German public support for Ukraine since the war began. I was moved almost to tears when I saw crowds of more than 100,000 on the streets of the German capital expressing solidarity with Ukraine. I have also heard numerous reports of refugees from Ukraine receiving a warm welcome in towns and cities across Germany.

My colleagues from the German media have offered words of support and, to my surprise, have backed this up with generous financial assistance from their own pockets. Off the record, some have told me they are ashamed of the position adopted by their government. In an authoritarian country like Russia or Iran, it would not have surprised me to encounter such a striking divergence between public opinion and government policy. But in Germany, it has come as quite a shock.

As a journalist, I have long been curious about the German phenomenon of the “Putinversteher” or “Putin Understanders,” and have frequently discussed this topic during trips to Berlin. I’ve come across three common arguments that help to explain why so many members of Germany’s business and political elites are eager to make excuses for Putin and build ties with Russia at the expense of European values and the interests of neighbors such as Ukraine.

The most commonly cited reason is Germany’s sense of guilt toward Russia due to the crimes of WWII. This argument has always baffled me because it directly equates modern Russia with the Soviet Union while completely ignoring the wartime suffering of other Soviet republics. In reality, Ukraine and Belarus both experienced much worse destruction and lost comparatively far more people than Russia during the Nazi invasion of the USSR.

My grandfather, Efrem Grygorovych Sych, was conscripted into the Red Army in early 1945. I don’t suppose he had much choice in the matter. My father was born soon afterwards but he never actually met my grandfather, who was killed in spring 1945 somewhere near Berlin. I still have the brief official letter from the Red Army announcing his death.

I have not personally taken any interest in Soviet propaganda since I was very young. As a consequence, I have never regarded Germany as a threat, either to my family directly or to modern civilization as a whole. The same cannot be said for Russia, unfortunately. As both a business traveler and a tourist, I have been lucky enough to visit many regions of Germany. Meanwhile, for the past decade or so I have been unable to even transit through Russia for fear that I might be detained and jailed in connection with my work as a journalist in Ukraine. I am sure my grandfather would have been amazed to see things turn out this way.

The second common justification for the “Putinversteher” culture in today’s Germany is the strength of anti-American feeling. I can understand why some Germans might resent US influence, but I struggle to see why this resentment should translate into support for Russia. How can disagreements between fellow democracies lead to increased sympathy for a tyrannical one-party state?

The third argument I often hear is financial. It is simply good business for Germany to foster strong ties with Russia, whatever the nature of the Putin regime. This requires no further explanation but I feel obliged to make one observation. As someone who comes from a country with a long history of battling dirty politicians, it seems obvious to me that numerous German politicians are receiving hefty compensation from the Kremlin in exchange for their support. It appears equally apparent that these politicians have heavily influenced German foreign policy for many years.

The pervasiveness of “Putinversteher” sentiment within the German establishment makes the recent Bundestag vote on arming Ukraine even more symbolic and, I hope, historic. This vote may help my country defend itself against Russia and could allow my family to return home to Kyiv in the not-too-distant future. It also represents a major milestone in Germany’s return to a position of moral leadership that matches the country’s status.

Today’s Germany should be a global leader but this means adhering to a clear set of national values, even when they come at a cost. The German public has already demonstrated that it is ready to pay the price of leadership. The Bundestag has now done likewise. This is the Germany the world needs.

Vitaly Sych is Chief Editor of NV media house which includes a weekly magazine, national talk radio station, and news site (NV.ua). A version of this article was originally published in the German language by Die Zeit newspaper.

By bestowing military honors on Russian soldiers accused of war crimes against Ukraine civilians, Vladimir Putin is setting the stage for further atrocities and underlining the genocidal intentions behind his invasion of Ukraine.

Image: A German Gepard antiaircraft tank fires during a demonstration at the exercise area of Munster about 80 km south east of Hamburg June 20, 2007. (REUTERS/Christian Charisius)