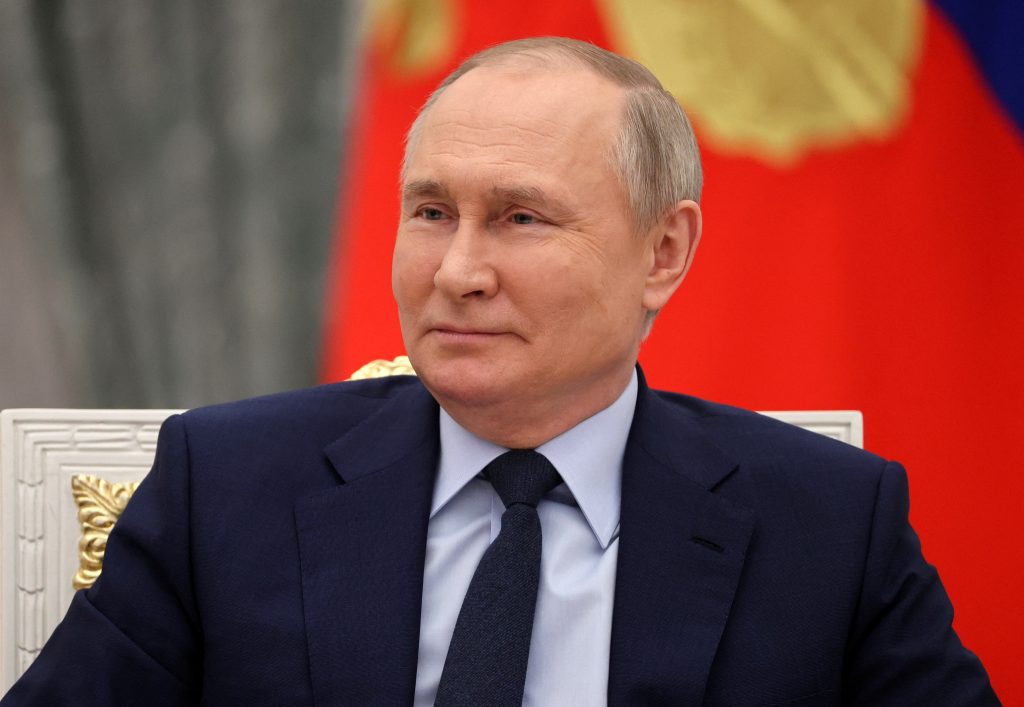 Vladimir Putin has signaled his tacit approval for further Russian war crimes in Ukraine by publicly honoring one of the military units most closely linked to atrocities against Ukrainian civilians.

In an April 18 decree, Putin bestowed the honorary “Guards” title on the Russian Army’s 64th Motor Rifle Brigade, which stands accused of committing war crimes in Ukraine. In a note accompanying this mark of recognition, the Russian ruler personally congratulated the brigade on their “courage, selflessness, professionalism, and performance of military duty,” during the invasion of Ukraine.

These allusions to military glory are unconvincing, to say the least. In reality, the 64th Motor Rifle Brigade achieved little to be proud of in Ukraine. It was part of Russia’s disastrous north Ukrainian offensive which suffered defeat in the Battle for Kyiv followed by a humiliating retreat back across the border into Belarus. It is therefore safe to say that the brigade did not earn its new title on the battlefield.

Instead, the 64th Motorized Rifle Brigade’s most notable contribution to the Russian invasion came during its time in the Kyiv suburb of Bucha. This previously anonymous satellite town has gained global notoriety in recent weeks as the scene of large-scale Russian atrocities against the civilian population including rape, torture and mass murder.

So far, the Ukrainian authorities have managed to identify hundreds of victims in Bucha, many of whom have been found with their hands bound together prior to execution. As more graves are uncovered, the death toll looks set to rise further.

The systematic nature and sheer scale of the carnage uncovered in Bucha and other recently liberated towns throughout the Kyiv region have led to widespread accusations of genocide from international leaders including US President Joe Biden and his predecessor Donald Trump. In recent days, the parliaments of Latvia and Estonia have become the first to officially recognize Russian war crimes in Ukraine as genocide.

As one of the military units stationed in Bucha during the month-long Russian occupation, the 64th Motorized Rifle Brigade is deeply implicated in these crimes. Ukrainian officials have specifically accused the brigade of involvement in war crimes and have vowed to bring individual members of the unit to justice.

An international investigation into Russian atrocities is already underway. Following a mid-April visit to Bucha, International Criminal Court Chief Prosecutor Karim Khan confirmed that there are “reasonable grounds to believe crimes within the jurisdiction of the ICC are being committed” by Russian forces in Ukraine.

Faced with mounting global outrage over Russian atrocities in Ukraine, the Kremlin initially responded in traditional fashion with a combination of blanket denials and conspiracy theories. However, Putin now apparently feels bold enough to go further and is openly demonstrating his support for Russian troops accused of war crimes.

By singling out the 64th Motorized Rifle Brigade for special praise and public honors, the Russian leader is not only sending a message of defiance to the outside world. He is also letting his own soldiers know that those who commit atrocities in Russia’s name will not have to answer for their crimes. Instead, they will continue to enjoy the full support of the Kremlin and will be rewarded for their service to the motherland.

Putin’s message of impunity for atrocities has ominous implications for the future conduct of the war and paves the way for the further destruction of the Ukrainian state and nation.

Russia’s genocidal intentions have already become increasingly apparent during the first two months of the conflict. As well as engaging in the mass killing of civilians in places such as Bucha, Putin’s invasion force has also methodically reduced dozens of Ukrainian towns and cities to rubble. More than half a million Ukrainians have been forcibly deported to Russia, while community leaders in Ukrainian regions under Russian occupation have been targeted for abduction in sinister round-ups reminiscent of the Stalin era.

These criminal policies are all entirely in line with Putin’s own poisonous Ukraine rhetoric. The Russian leader has long denied Ukraine’s right to exist and has frequently claimed Ukrainian independence is an accident of history while insisting Ukrainians are in fact Russians.

In the period leading up to the current invasion, Putin went even further and began branding Ukraine as an artificial “anti-Russia” that could no longer be tolerated. His stated goal of a “de-Nazified” Ukraine is actually code for the “de-Ukrainianization” of the country, a point made explicit in an April 3 article published by Russian state news agency RIA Novosti that has been described by Yale historian Timothy Snyder as a “genocide handbook.”

As the world belatedly wakes up to Russia’s genocidal agenda in Ukraine, Putin is actively preparing the ground for fresh war crimes. His decision to honor soldiers implicated in mass murder is a clear statement of intent and an indication of what lies ahead unless Ukraine receives the weapons it needs to defend itself. If the world fails to act and millions of Ukrainians are slaughtered, nobody can claim they did not know.

Image: Russian President Vladimir Putin chairs the supervisory board meeting of the presidential forum "Russia - Land of Opportunity" at the Kremlin in Moscow. April 20, 2022. (Sputnik/Mikhail Tereshchenko/Pool via REUTERS)