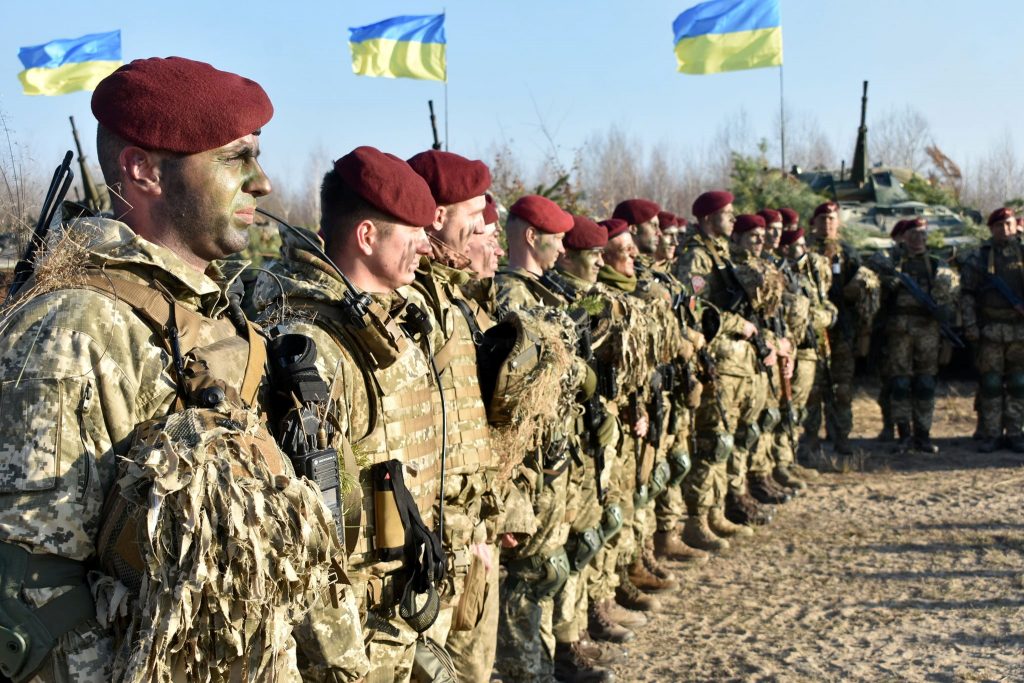 While there is no consensus concerning what current Russian military activity near Ukraine means, it has led to strong statements from US officials. On December 3, the Washington Post reported that US intelligence has found the Kremlin is planning a multi-front offensive as soon as early next year involving up to 175,000 troops.

The Washington Post and other sources speculate the timing of the offensive will be based on the weather. It must turn cold long enough to harden the muddy terrain of eastern Ukraine to allow armored forces to maneuver. Thus the campaign will not start until January or February 2022.

US Secretary of State Anthony Blinken has warned Russia that such action will result in severe consequences including high-impact economic sanctions. However, he has not given any indication the United States will commit forces to stop or reverse a Russian invasion.

Clearly, the United States hopes a combination of diplomatic messaging, the threat of sanctions, and providing a limited number of weapons and training to Ukraine will deter Russia. Since 2014, the United States has provided USD 2.5 billion to support Ukrainian forces and pledged USD 400 million for 2021 alone. The program includes counterbattery radars and Javelin anti-tank missiles. While this aid is important, it appears it will ultimately be up to Ukraine itself to provide the military deterrent to Russian aggression.

The Javelin system provided by the US is a very effective anti-tank weapon but due to its relatively short range (maximum of 4500 meters), personnel must be massed fairly close to the enemy’s axis of advance. Further, the high cost means USD 40 million provided only 10 firing units and 150 missiles in 2019. In short, while useful, such weapons will not alter the tactical situation enough to deter the Kremlin.

Deterrence can be achieved by denial or punishment of the aggressor. Unfortunately, it is highly unlikely Ukraine can deny Russian invasion forces at or near its border. Therefore, Ukraine’s best chance of deterring the Russians is to threaten to punish them once they cross the border.

Ukraine can raise the cost to Russia by preparing for a long war complete with significant guerrilla activity behind Russian lines. Russian leaders are acutely aware of the price Afghan guerrillas extracted for the occupation of their country. Preparation for this kind of war requires recruiting and training personnel as well as establishing weapons caches quickly. Such efforts are already underway and will likely intensify in the weeks ahead.

The short timeline before a potential Russian invasion precludes the purchase and deployment of complex weapons systems. Instead, Ukraine needs relatively simple and inexpensive weapons to increase its defensive capabilities. Some existing weapons might be fielded and employed at short notice.

Mines remain one of the most effective weapons for slowing an invading force and both sides have employed them extensively around the Russian-occupied enclaves in eastern Ukraine. One assumes Ukraine owns more mines and will employ them to defend the much broader stretch of its frontier currently threatened by Russian forces.

However, given the very open nature of the terrain in eastern Ukraine, the Ukrainian military cannot possibly place enough mines to stop a Russian attack. Fortunately, mines can be augmented by improvised explosive devices (IEDs) of the type used against allied forces in Iraq and Afghanistan. These weapons can be used by regular forces to inflict casualties and slow the Russian advance. However, as with land mines, the nature of Ukrainian terrain will limit the effectiveness of these weapons against armored forces moving across open country.

IEDs can be used effectively by guerrilla forces to attack a major Kremlin weakness, the Russian military’s generally road-bound logistics trains. IEDs are both inexpensive and difficult to identify. In recent conflicts, insurgents have hidden these devices in everything from water cans to animal carcasses. They can vary in size from small anti-personnel devices to a shipping container or small building filled with ammonium nitrate.

Given the plentiful supply of ammonium nitrate, a 20 metric ton IED is not out of the question. Such a device would certainly disrupt an armored attack and devastate a logistics convoy. Like US forces in Iraq, Russia would have to dedicate considerable troops and resources to keeping lines of communications open.

The key will be to train Ukrainian active, reserve, and any militia or proposed guerrilla forces in the techniques necessary to build, position, and detonate these devices. Insurgents have shown remarkable ingenuity in developing both victim-activated and remote triggers using garage door openers, cell phones, garden hoses, and other simple devices to close electric circuits. The one element not widely available to civilians is the detonator or blasting cap. The Ukrainian government needs to produce and preposition these devices.

Ukrainian forces have a good deal of experience using small, off-the-shelf drones for ISR and limited strike operations. They have shown considerable creativity in deployment and should continue to push commercial procurement and domestic production with a focus on use by irregular forces.

At the same time, Ukraine is clearly ready to move up to military-grade drones. An Australian company, DefendTex, has produced the Drone40. A small and inexpensive drone costing up to USD 1,000, it can be launched by hand. With a maximum range of 20 kilometers, it provides dismounted infantrymen or guerrillas a way to interdict lines of communication without having to operate close to them. The small warhead is sufficient to kill a wheeled vehicle, disable an artillery piece, or cause a secondary detonation on a rocket pod. The system is currently in use by US and UK forces. To prevent attacks on their supply lines, Russian forces would have to clear all roads of Ukrainian personnel to a distance of 20 kilometers.

Ukraine has already purchased a number of Turkey’s Bayrakter 2 drones, which have proven highly successful in several theaters including the recent Nagorno Karabakh conflict. These weapons will be useful but, once again, will be limited in number due to cost.

The Israeli Harop, Hero, and Spike family of drones could provide cheaper alternatives. For less that the cost of two Javelin missiles, the autonomous Harop can loiter for six hours and deliver ordnance up to 20 kilograms to a range of 1,000 kilometers. It also makes a somewhat terrifying whine during its terminal dive. The Hero and Spike families provide a range of capabilities that are useful to either regulars or guerrillas. However, it will take considerable diplomatic effort to convince Israel to reverse its current refusal to sell drones to Ukraine.

If that fails, Raytheon produces the Coyote drone. Initially designed as an anti-drone weapon, this drone is now under development as a strike weapon. Unfortunately at USD 20,000 each, they are relatively expensive. However, they have a range of 80 kilometers and can fly in very adverse weather, which makes them attractive for a campaign in the depths of the Ukrainian winter.

Each of these drones has much greater range than standard anti-vehicle systems. Each can be vehicle-mounted to provide exceptional tactical flexibility. However, as the Russians will have air superiority, Ukrainians should mount them in widely used commercial vehicles to increase their survivability.

Of course, Ukrainian leaders are acutely aware of Russia’s historically bloody methods for suppressing insurgencies. They face a difficult choice in deciding whether to equip their people for this kind of effort. The human costs of an insurgency campaign against Putin’s invasion force would likely be devastating. Nevertheless, Ukrainians who have already been defending their country against Russian aggression for more than seven years are unlikely to accept any attempt to occupy more Ukrainian land.

T.X. Hammes is a Distinguished Research Fellow at the US National Defense University. He served 30 years in the US Marine Corps and holds a doctorate in Modern History from Oxford University. The views expressed here are strictly his own and do not reflect those of the US government.