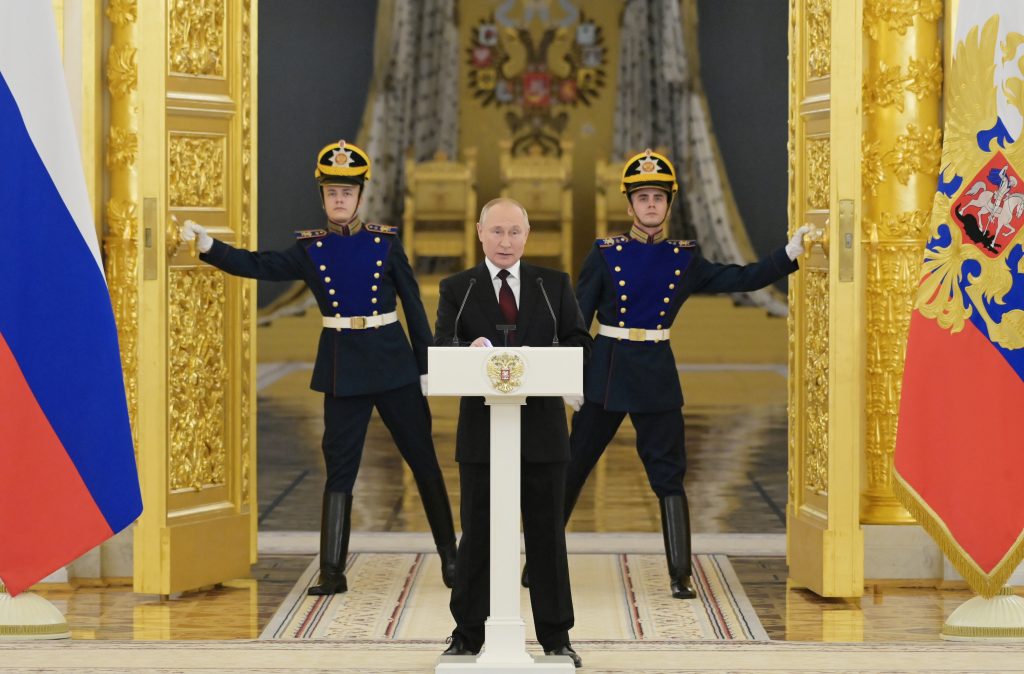 Thirty years ago this week on December 1, 1991, Ukraine drove the final nail into the coffin of the Soviet Union when more than 90% of Ukrainians backed a referendum on the country’s declaration of independence.

The collapse of the USSR was in many ways remarkable as it happened so quickly and took place largely without bloodshed. However, it has since become increasing obvious that Russia never really came to terms with its reduced status or the loss of empire.

Unfortunately, a new generation of Ukrainians, Georgians, Moldovans, and Belarusians currently find themselves forced to defend their freedoms as Russian President Vladimir Putin seeks to reassert his country’s old imperial influence. Meanwhile, nations in nearby Central Europe are also facing up to the return of a hostile Russia.

The epicenter of this new Cold War is Ukraine.

Since 2014, Russian aggression in Crimea and eastern Ukraine has taken the lives of more than 14,000 Ukrainians and forced millions to flee their homes. While the front lines in the east have remained largely static since 2015, Ukraine continues to suffer regular casualties. Meanwhile, around 7% of the country is under Russian occupation.

Ukraine’s December 1991 referendum was in many ways as significant an event as the initial declaration of independence which took place a little more than four months earlier. While the parliamentary declaration is marked every year on August 24 as Ukraine’s official Independence Day, the referendum paved the legal pathway towards the formal dissolution of the USSR.

The late 1991 referendum was also crucial in securing recognition of Ukrainian independence from the international community. Many of the first countries to recognize an independent Ukraine including Canada, Poland, and the United States would go on to become the country’s closest allies, standing shoulder to shoulder over the coming decades as Ukrainians struggled to achieve their aspirations for peace, personal freedoms, and human dignity.

In order to secure these goals, Ukrainians have sought to join the key institutions of the democratic world. Since early 2019, the country’s NATO and European Union membership aspirations have been enshrined in the Ukrainian Constitution.

Ukraine’s progress since 1991 has been anything but straightforward, but the country has emerged from years of domestic political turbulence as a vibrant and highly competitive democracy. This makes Ukraine a source of inspiration for the wider post-Soviet region. At the same time, Ukraine’s democratic progress means it is seen in Moscow as an existential threat to Russia’s own authoritarian model.

The current Russian military build-up along the Ukrainian border has attracted considerable international attention. As political leaders and analysts speculate over the likelihood of an invasion, it is vital to underline that Russia has already invaded Ukraine and is waging a war against Ukrainian statehood that is currently in its eighth year.

Putin has made it clear he does not accept Ukraine’s independence. His recent essay “On the Historical Unity of Russians and Ukrainians” and his frequent claims that Russians and Ukrainians are “one people” reflect the Kremlin ruler’s denial of Ukraine’s very existence as a distinct and separate nation. This rhetoric directly echoes the language of the Czarist era and exposes the imperial ambitions driving Putin’s war against Ukraine.

The democratic world now has an opportunity to demonstrate to Russia that the rules-based international order will prevail by adopting a decisive response to the Kremlin campaign against Ukraine.

It is no secret that the only language Russia respects is the language of strength. Unfortunately, Western efforts to continue doing business with Russia since 2014 have served to encourage further bad behavior. In geopolitics as in the school playground, the only way to deal with bullies is to stand up to them.

There are a number of options available to the West that would send an unambiguous message to Moscow. Freezing the certification of the Nord Stream 2 pipeline would be a strong signal. It is also important to upgrade military cooperation with Ukraine, including the provision of defensive weapons.

Ideally, Western leaders would demonstrate their rejection of Russia’s imperial ambitions by moving forward with NATO membership action plans for Ukraine and Georgia. Allowing Moscow an unofficial veto on future NATO membership rewards the Kremlin and is the surest way to guarantee continued Russian policies of international aggression.

Thirty years ago, an overwhelming majority of Ukrainians voted for independence. Tragically, they are now dying in defense of this independence in a war waged by a revisionist and resurgent Russia.

With the Russian military currently massed along the Ukrainian border, the Kremlin is threatening to launch a major escalation in its campaign to extinguish Ukrainian independence. Putin has already plunged the world into a new Cold War in his quest to subjugate Ukraine. He will continue to advance his imperial agenda until confronted decisively.

At stake are the values that will define international relations for decades to come. The West needs bold and visionary leadership to end this war on democracy and a rules-based international order. The alternative is a new age of empires where great powers are free to impose themselves on weaker neighbors. Putin wants to resurrect the Soviet Empire and reverse the verdict of 1991. We cannot allow him to succeed.

Image: Russian President Vladimir Putin delivers a speech during a ceremony to receive credentials from foreign ambassadors at the Kremlin in Moscow, Russia December 1, 2021. (Sputnik/Grigory Sysoev/Kremlin via REUTERS)