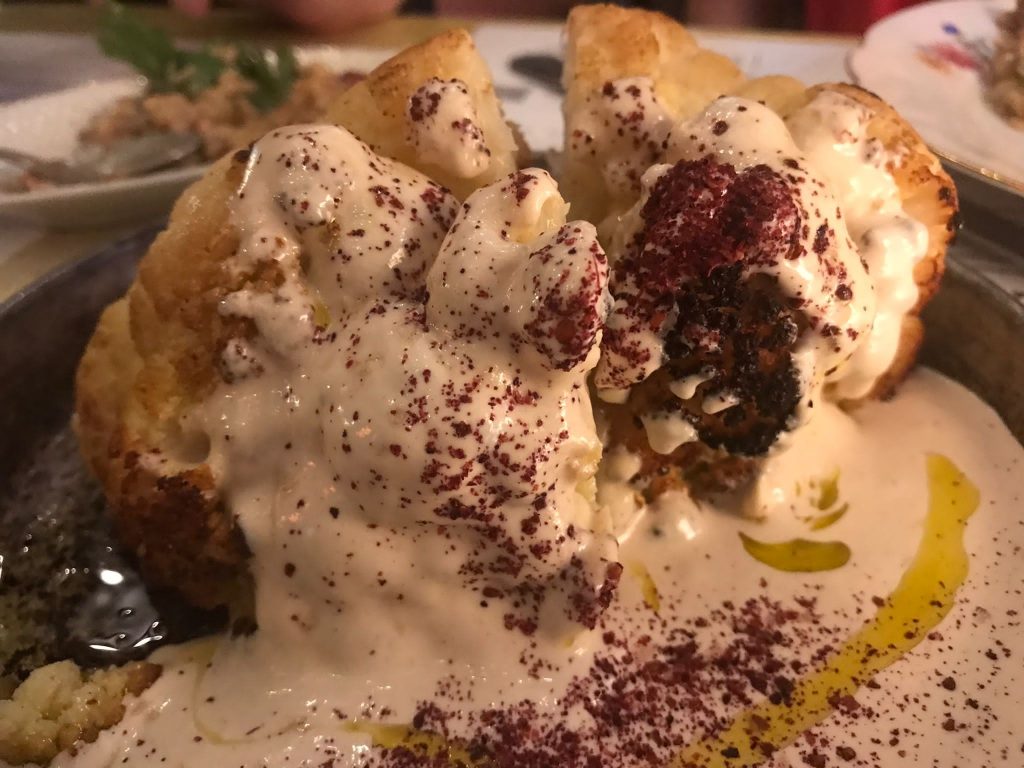 Looking for a quick foodie holiday? Ukraine is the undiscovered country that will cause your friends to say, “Come again? Where is that?” and look at your pictures with envy. The food is by turns inventive and inexpensive, creative and delicious.

Start with Lviv in western Ukraine. You will need 2-3 days there and then you should fly 90 minutes to Kyiv, the capital.

There’s no shortage of world-class restaurants in Kyiv but it’s also possible to dine at flashy but mediocre restaurants. Seafood restaurants are trendy, but Ukraine isn’t near an ocean and there’s far more exciting local fare to be had. My take: Steer clear of seafood.

When I moved to Kyiv in 2006, the food scene was abysmal.  Underdeveloped might be a more polite way to put it. Typical Ukrainian food—heavy meat dishes slathered with sour cream and decorated with dill—still dominated menus. For six months, I lived on Georgian food, the best of the best from the post-Soviet world, and fried potatoes. Needless to say, I often got very hungry. As luck would have it, Kyiv entrepreneur Sergiy Gusovsky opened the first bona fide Neapolitan pizzeria in Pizza Napule (9 Mechnikova Street) one month before I went back to the United States. I may have eaten there every single night for a month, but no one needs to know.

Fast forward to 2017. I joined the board of directors of East Europe Foundation, a nonprofit organization, and met Gusovsky in the foundation’s tiny kitchen. He too is a board member. I thanked him repeatedly for saving my life.

Things have changed in Kyiv since those dicey days. There’s no other city where I’d prefer to dine. Restaurateurs like Gusovsky and his brother Zhenya—a dynamic duo—who travel abroad and know foreign languages have put their heart and souls into Kyiv’s fine dining scene. Gusovsky Restaurants rank among my very favorites. They are fastidious, evaluating the dishes that come out, and it shows in the taste and presentation.

Adelle (28 Velyka Vasylkivska), the latest Gusovsky creation, is straight out of Tel Aviv and the brainchild of Zhenya Gusovsky. Newspapers from the city cover the walls and there are baskets of fresh fruit and veg stacked up inside. The high ceilings, brightly lit interior and energetic staff make this joint a favorite. Somehow, it manages to convey the frenetic energy of Tel Aviv. Every single dish is fabulous. They recently added British-Israeli chef Yotam Ottolenghi’s recipe for chicken schnitzel, and I was skeptical. My husband makes a killer schnitzel and keeping the dish piping hot is key. I wasn’t sure Adelle could get the chicken to the table quickly enough, but boy was I wrong. I couldn’t stop. My only complaint is trivial—there weren’t enough lemons served with the schnitzel. The cauliflower steak is also boffo. Gusovsky Restaurants imports Israeli wine and both white and red that enhance the conversation and fresh flavors.

Georgian food abounds in Kyiv but choose wisely. Shoti (9 Mechnikova Street), Gusovsky’s take on Georgian, is easily my favorite. Georgian food is known for its bright flavors, tons of herbs, glistening meats served with fruit sauces, and more. It’s almost criminal that Georgian food does not have the worldwide reputation that Italian food enjoys.

At Shoti, diners walk into a glass-paneled dining room with two floors centered around an imposing two-story fireplace. The décor and the food are cozy. Think mountain lodge with sophisticated touches.  After a large meal at Shoti, I only want to curl up and snooze away. I’ve eaten at Shoti multiple times, but the tkemali (plum) sauce is remarkable and the red basil lemonade deserve special mention. The sour tkemali sauce contrasts with the sweetness of the lamb and the grilled meat. You can actually taste fresh tarragon in the plum sauce. It’s the best I’ve ever had, including in Georgia. Shoti does every dish well, save lobio (beans), which the chef insists on cutting into pieces. Minor quibbles for a restaurant that won my heart the moment I walked in.

There’s nothing like a long and lingering dinner on the patio at Pantagruel (1 Lysenka Street), Gusovsky’s first restaurant and first love. On a fall evening, the terrace is the place to be. The beloved Italian restaurant introduced real Italian food to Kyiv—Sergiy Gusovsky knows Italian and has traveled extensively in the country—and it has never recovered. My favorite pics here are the gamey rabbit ravioli and the tiramisu, although if you ask nicely, the chef may make you magnificent syrniki (cheesecake pancakes) with fresh fruit and raspberry sauce in the morning. The attentive service, outstanding wine list, and view of Golden Gate pretty much ensure that you too will soon return.

Lest I be accused of only eating at Gusovksy Restaurants, I also relish the smoky borscht and creative cocktails, made with unique Ukrainian ingredients, at Ievgen Klopotenko’s “A 100 Years Back in the Future” restaurant (4 Volodymyrska Street). To ordinary meat dumplings, he adds Ukraine’s glorious cherries. Klopotenko is one to watch and his efforts to move Ukrainian cuisine away from Soviet slop and put it in the modern pantheon of world cooking merit attention.

For a late-night cocktail, it’s hard to find a more fun bar than Gol’da (12 Rustaveli Shota). The Bishkek-born bartender likes to riff and her concoctions are not only beautiful but memorable. The signature drink, the purple haze, is famous for good reason.

Gadzooks! I’ve got a six-day trip lined up for September to Kyiv, and I’ve already got too many must-visit restaurants for my short trip. A good problem to have.