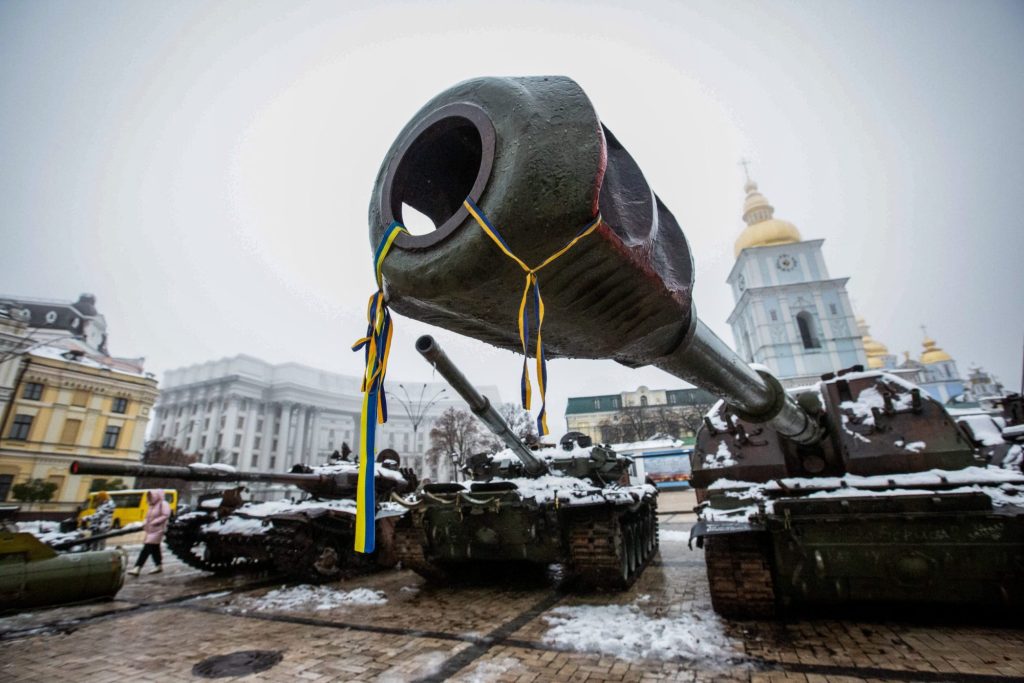 In an essay for the Atlantic Council published in December 2021, I stated that Europe’s future would be decided in Ukraine. One year on, what may earlier have seemed like a bold statement is now recognizable fact. Ukraine has become Europe’s shield, defending the continent along a 2,500-kilometer front line.

With each new success of the Ukrainian army, the threats facing NATO and the European Union diminish. Over the past ten months, Ukraine has destroyed a large number of Russian army units that have been training for decades to attack the West. Russia’s military potential will take years to recover. Ukraine’s heroism has won Europe precious time to rethink its approach to security and defense.

This reevaluation should begin with a frank reflection on the events of the past twelve months. Every single prewar Ukrainian warning regarding the likely consequences of a full-scale Russian invasion has come to pass, from millions of refugees to global energy and food crises. One year ago, Germany’s leaders were still insisting the Nord Stream II pipeline was a purely economic project. It is now painfully obvious that there can be no return to this kind of “business as usual” with Putin’s Russia.

Since the Russian invasion began on February 24, the international community has taken a number of appropriate steps to sanction Russia and has provided Ukraine with vital support that has changed the course of the war. Nevertheless, the fact remains that we requested most of these steps prior to the invasion, only to be told that it was impossible. This caution has proven extremely costly.

Nor is the danger limited to Russia itself. In recent months, Moscow has sought to form criminal coalitions with other terrorist regimes. Russia and Iran are now testing cheap but deadly drone technologies against Ukrainian civilian targets. It will come as no surprise if these weapons are soon deployed elsewhere. Russian military technologies offered to Iran in exchange for their support in Ukraine pose a further threat to international stability.

Both Russia and Iran have previously been offered ample opportunities to pursue policies of global integration on very generous terms. Instead, they have consciously chosen confrontation and have sought to weaponize everything from energy and food supplies to migrants and social media. This proves the folly of earlier efforts to appease Vladimir Putin and gives a strong indication of what we can expect if Western leaders do not adopt a more resolute stance. Today’s already alarming security situation will only deteriorate if Russia is not decisively defeated in 2023.

The world has already paid a terrible price for handing Russia the geopolitical initiative. For Ukraine, this has included tens of thousands of lives and destruction on a scale not witnessed in Europe since World War II. For the wider international community, the economic costs can already be counted in the trillions of dollars. Clearly, it is time to try a different formula.

The first step toward addressing the current security crisis is regaining the initiative. This means adopting tough preventative measures rather than simply reacting to Russia. It is vital to acknowledge the new security realities created by Russian aggression and reject attempts to resurrect the failed and discredited policies of the past. There can be no way back to the prewar status quo. Most important of all, Western leaders must unambiguously identify Russia’s defeat as an attainable and desirable goal.

The coming year will present the West with the perfect opportunity to get it right. We expect to face many of the same security challenges encountered in 2022, including the possibility of major new Russian offensives against Kyiv and other Ukrainian cities. When Putin’s invasion began on February 24, the world was initially stunned. This time, there can be no such excuses.

Russia is currently seeking to buy time in order to rearm. It is bombing Ukraine’s energy infrastructure and creating a humanitarian catastrophe to force Ukraine back to the negotiating table. In parallel, all manner of voices are calling for a return to diplomacy and advocating a Kremlin-friendly compromise peace that would merely set the stage for more war. This is the most immediate challenge facing the international community. Ukraine’s partners must reject such calls and underline that peace is impossible without Russia’s defeat.

Instead of seeking face-saving off-ramps for Putin, Western policymakers should now be looking to capitalize on Russia’s weakness. This means supplying Ukraine with the air defenses, long-range missiles, tanks, and planes we need in order to end the war.

Failure to do so will not prevent escalations, as some critics claim. On the contrary, hesitation on the part of Ukraine’s international partners only encourages the Kremlin to continue its aggression. Does anybody still seriously believe that not giving Ukraine Western fighter jets will make the world safe from Russia’s next invasion? Will the absence of adequate air defense systems prevent the Kremlin from acquiring Iranian ballistic missiles? It is time to abandon such illusions.

In 2022, Ukraine proved that it was more than capable of using Western arms supplies to great effect. With Russia now attempting to regroup and preparing a new wave of attacks, it makes no sense to delay weapons deliveries based on misplaced fears of escalation. This will only lead to more casualties and increase the price of Russia’s eventual defeat. Instead, the West must learn the lessons of the past year and act decisively.

Time and again, Ukraine’s battlefield successes have confirmed that the only negotiating language Russia recognizes is the language of strength. Ukraine has forced Putin’s army to retreat from the entire north of the country and has routed Russian troops in the Kharkiv and Kherson regions. The sinking of the Russian Black Sea Fleet flagship and the destruction of strategic bombers at bases deep inside Russia have proved far more effective at grabbing Russia’s attention that any diplomatic gestures.

If Ukraine does not receive the necessary support in 2023, today’s mounting security challenges will multiply exponentially around the world. A wide range of authoritarian regimes are closely monitoring developments in Ukraine and will regard any Russian success as a green light for their own acts of aggression. There is also a danger that other regions of the world will prove less able to defend themselves than Ukraine.

This gloomy scenario is both predictable and entirely avoidable. If the international community provides sufficient military supplies, there is every reason to believe Ukraine will finish the job of defeating Russia in 2023. This would send a resounding message to any dictators and world-be conquerors that force is not a viable foreign policy tool.

A Ukrainian victory would bring with it the prospect of a sustainable peace and the opportunity to build on the country’s vast potential. The consequences would also be felt far beyond Ukraine’s borders, with the security situation likely to improve dramatically in the Balkans, the Middle East, the Caucasus, and as far away as Central Asia and Africa. On a global scale, Ukraine’s success would reinvigorate the entire democratic world while demonstrating the renewed strength of the rules-based international order.

The world enters 2023 at a crossroads. Russia seeks to dismantle the progress of recent decades and drag us all back to an era of imperial aggression, but the Kremlin must first overcome Ukrainian resistance. If Russia is decisively defeated in Ukraine, the path will be open to a safer and more prosperous planet. Securing this defeat must be the international community’s top priority in 2023.

The February 2022 Russian invasion of Ukraine was meant to extinguish Ukrainian statehood but Putin’s plan has backfired disastrously and united Ukraine as the country fights for its right to exist, writes Taras Kuzio.

Image: Ribbons in the colors of the Ukrainian national flag are tied to the cannon of a destroyed Russian tank on display in central Kyiv. (Photo by Oleksii Chumachenko / SOPA Images/Sipa USA)