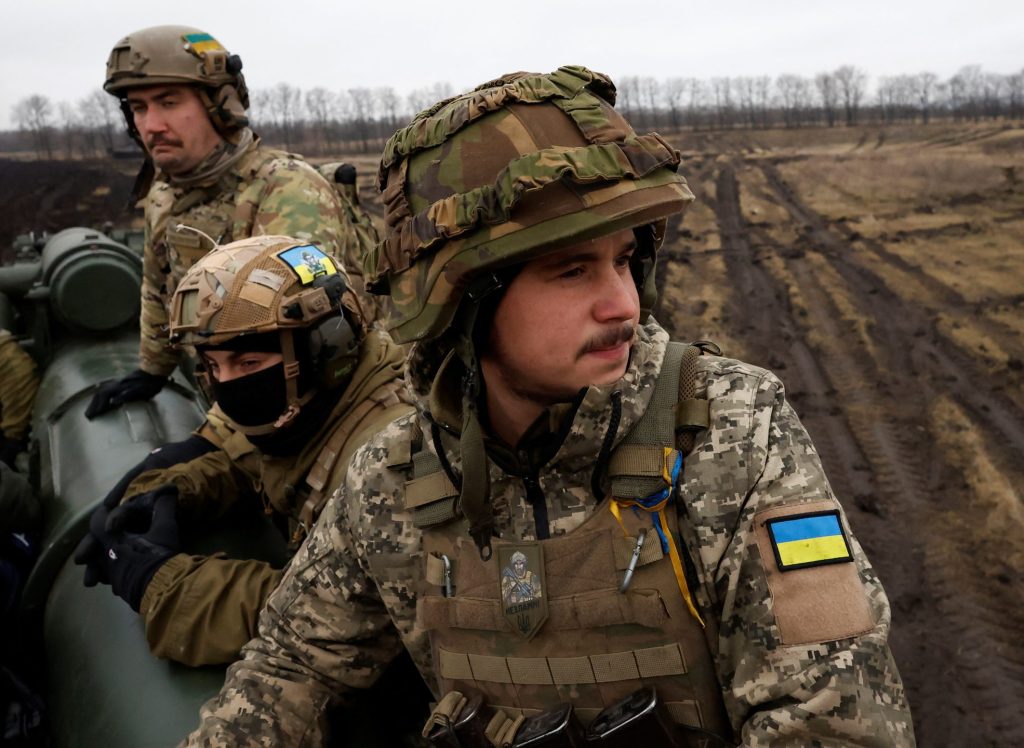 Ukrainians have experienced an incredibly traumatic year but the country enters 2023 with reason for cautious optimism. While the war is still far from over, a number of domestic and international trends emerged during the first ten months of the Russian invasion which pointed to the possibility of a future Ukrainian victory. The following eight factors helped determine the course of the war in 2022 and will be crucial in shaping the ultimate outcome of the conflict in the months ahead.

1. Ukraine’s military prowess: Few outside the Kremlin doubted that Ukraine would fight to defend itself, but the question on everyone’s lips in early 2022 was “how long can the Ukrainian armed forces realistically resist the full might of the Russian military?” Many commentators were convinced that any organized Ukrainian resistance would rapidly collapse.

Back in spring 2014, it was the weakness of the Ukrainian army that allowed Russia to gain its initial foothold in eastern Ukraine’s Donbas region. Ukraine’s armed forces quickly adapted and improved, but how would they fare against what was widely viewed in February 2022 as the second-best army in the world?

The first ten months of the Russian invasion demonstrated that Ukraine’s army has in many ways achieved or even surpassed NATO standards. Despite often being heavily outgunned and outnumbered, Ukrainian soldiers have proven highly skilled and well led. They are also superbly motivated by the need to defend their homeland. As G.K. Chesterton once observed, “the true soldier fights not because he hates what is in front of him, but because he loves what is behind him.”

2. Ukrainian resilience: The entire world has been stunned and impressed by the remarkable strength and courage demonstrated by the Ukrainian nation in 2022. Meanwhile, Russia has been taken completely by surprise. In the build-up to the invasion, the Kremlin relied on self-serving intelligence reports that dismissed Ukraine’s national spirit and predicted the capitulation of Kyiv within three days. This disastrous miscalculation should serve as a textbook example for future generations of an authoritarian regime believing its own propaganda.

Since February 24, the Ukrainian people have remained defiant despite occupation, sieges, energy blackouts, and Russian war crimes including systematic sexual violence, forced deportations, and mass killings. A country that came through the horrors of the 1930s Holodomor terror famine and the brunt of the fighting on the apocalyptic Eastern Front during World War II should never be underestimated. And yet that is exactly what Russia did.

3. Anglo-American allies: The “special relationship” between the United States and United Kingdom has once again proven a blessing for the free world over the past year. For Ukraine, the sharing of intelligence, training, financial aid, and weapons by the US and UK has helped destroy much of the invading Russian army on the battlefield. Every Ukrainian has become familiar with the names of delivered military equipment such as Himars, Javelins, Stingers, NLAWS, Harpoons, and now Patriots. While many of these weapons are close to 30 years old, they have proved devastating against the Russian military.

4. Polish solidarity: Poland and Ukraine have experienced plenty of bad blood over the centuries, but the current relationship between the two neighboring nations is the strongest it has ever been. By opening its doors to millions of Ukrainian refugees, Poland has practiced the Golden Rule of “loving thy neighbor as thyself.” Many countries have helped Ukrainian refugees, but the openhearted embrace provided by Poland stands out. Poland’s military assistance, training, and diplomatic support have likewise been outstanding. There are few examples in history of such neighborly solidarity.

5. Turkish support: Some observers continue to debate the exact nature of Turkey’s position on the Russo-Ukrainian War, but nobody can deny that Turkish help over the past year has been a huge gift to Ukraine. Without Turkey’s success in negotiating an agreement to ship Ukrainian grain, Ukraine’s farmers would be facing an even more desperate situation and the wider world would be suffering famine.

Turkish Bayraktar combat drones made a critical difference in the first weeks of the war, helping to save Kyiv and Kharkiv from Russian occupation. Additional Turkish contributions of note include the decision to close the Bosphorus Strait to Russian military vessels and recent steps to provide emergency electricity supplies to Ukraine.

Ankara’s response to the Russian invasion of Ukraine has underlined Turkey’s re-emergence as a major regional power with credible global ambitions. Indeed, Turkish President Recep Tayyip Erdogan currently looks by far the most likely broker of an ultimate peace agreement between Russia and Ukraine as he is the only leader adept enough to navigate both sides.

6. United Europe: Kyiv has benefited during 2022 from a surprisingly high degree of European unity in support of Ukraine. This unity appeared to be under threat in late 2021 as Germany pushed to complete the Nord Stream II pipeline together with Russia. Today, Nord Stream II is dead and Russian aggression has persuaded formerly neutral Sweden as well as Finland to join the NATO alliance. Not only is NATO stronger than ever, but the European Union finds itself with greater purpose than at any time since its inception. This unity comes despite Russian attempts to divide Europe via weaponized energy exports and subversive activities throughout the EU. Moscow was counting on a divided Europe, but the invasion of Ukraine has united the continent.

7. Russian imperial arrogance: Putin’s decision to invade Ukraine has exposed the often shambolic realities behind Russia’s imperial posturing. The criminally conceived and incompetently executed invasion of Ukraine has destroyed the myth of Russia as a military superpower and left the country more internationally isolated than at any time since the Bolshevik Revolution.

Today’s Russia can only count on a handful of fellow pariah states such as Belarus, Iran, and North Korea as allies. China is happy to take economic advantage of Russia’s weakened position, but Beijing has so far been careful to distance itself from Putin’s invasion.

For years, Russian generals exaggerated their army’s capabilities while simultaneously looting the state budget to buy mansions in Monte Carlo. They now lack the military strength to accomplish the inflated imperial objectives demanded by the Kremlin. This has forced Putin to rely on nuclear blackmail while attempting to urgently mobilize Russian society.

8. President Zelenskyy’s leadership: Perhaps the biggest surprise of 2022 was the inspirational leadership provided by Ukrainian President Volodymyr Zelenskyy. During the first two-and-a-half years of his presidency, the former comedian had failed to win over his many doubters. However, in the first ten months of the Russian invasion, he achieved unprecedented levels of global acclaim as a wartime leader.

Throughout Ukrainian history, many national leaders have left the country during moments of crisis. Zelenskyy did the opposite. His iconic “I need ammunition, not a ride” quote and his memorable “the president is here” selfie video helped galvanize Ukraine’s national resistance in the first days of the invasion and set the tone for ten months of increasingly self-confident defiance.

It would be hard to motivate Ukrainians from abroad. Had Zelenskyy chosen to relocate to Lviv or leave Ukraine altogether and establish a government in exile, it would have dramatically increased the chances of Kyiv falling. His decision to stay in the country’s capital was one of the turning points of the entire war. It demonstrated to the Ukrainian people and the watching world that he was a leader they could rally around.