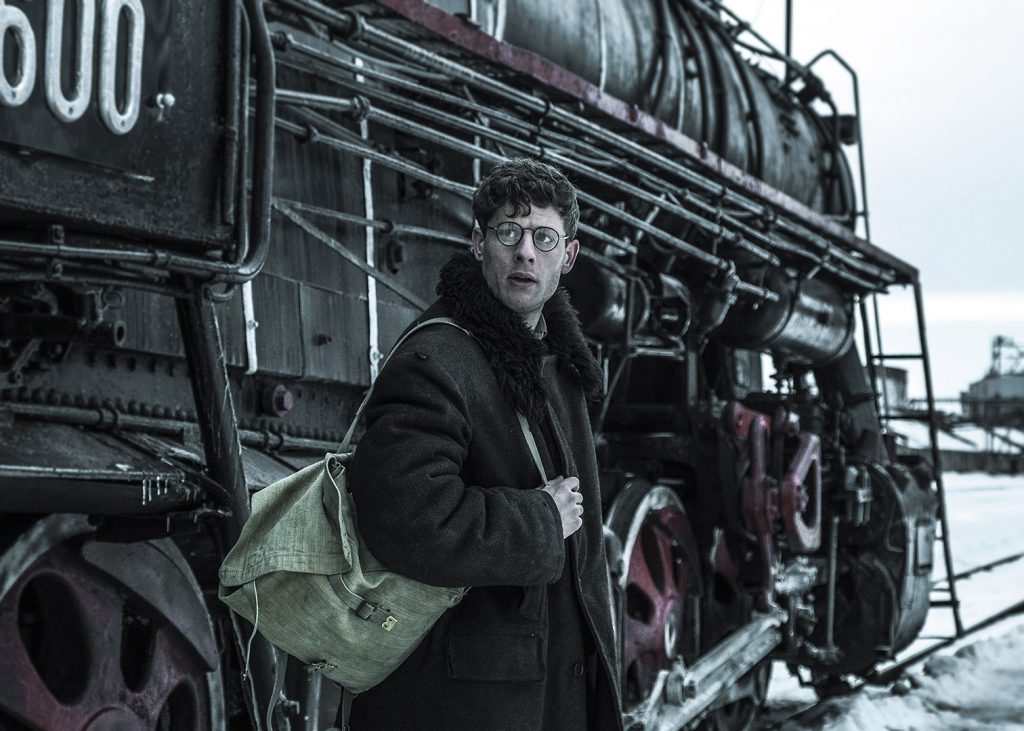 Stalin’s man-made famine in 1930s Soviet Ukraine ranks as one of the worst crimes of the totalitarian twentieth century. Millions died in the famine, which was orchestrated by Moscow in order to crush Ukraine’s independence movement and break rural resistance to the collectivization of agriculture in what was then the breadbasket of the Soviet Union. The scale of the atrocity is hard to fathom, with many of Eastern Europe’s most fertile regions transformed into apocalyptic wastelands and countless villages depopulated. However, unlike the far more notorious horrors of the Nazi regime, Stalin’s greatest crime remains relatively unknown.

It is a crime that in many ways foreshadowed today’s world of weaponized information and hybrid warfare. The deliberate starvation of the Ukrainian nation was only possible due to blanket Soviet censorship and the collaboration of a Western press corps in Moscow who enabled the crime in order to protect their own accreditation and maintain access to the Soviet elite. As the shadow of death spread across rural Ukraine, international correspondents in Moscow lined up to denounce isolated reports of famine as “fake news”.

One of the few to break through this wall of silence was intrepid young Welsh journalist Gareth Jones, who visited Soviet Ukraine during the famine. His eyewitness accounts alerted the outside world to the unfolding catastrophe and led to his denouncement by his journalistic colleagues.

Since the collapse of the USSR, renewed interest in the famine has led to greater posthumous recognition for Jones. A new film about his harrowing experiences in the 1930s Soviet Union is now introducing the story of the famine to twenty-first century audiences. Named “Mr. Jones” in his honor, it is a fitting tribute to a remarkable man that also serves as a timely warning about the dangers of disinformation.

On June 22, the Atlantic Council hosted Pulitzer Prize-winning journalist and historian Anne Applebaum alongside Mr. Jones film director Agnieszka Holland and scriptwriter Andrea Chalupa for a discussion about the movie and the enduring historical significance of the famine.

Holland explained that she was motivated to make Mr. Jones by a sense of injustice at the lack of international awareness regarding Soviet crimes against humanity. Having recently completely work on her third movie addressing the Holocaust, the director conceded that she was initially reluctant to embark on another emotionally draining film exploring the crimes of Europe’s totalitarian past. However, she was won over by the historical importance of the project. “There is something incredibly unjust in the fact that Stalin’s crimes did not enter the global consciousness as the crimes of the Nazis did,” commented Holland.

The role of disinformation in the story of the famine is a central theme throughout the movie. Scriptwriter Andrea Chalupa explained how the tension between truth and falsehood is reflected in the relationship between Jones and New York Times Moscow correspondent Walter Duranty. During the period in the early 1930s when the film is set, Jones was an idealistic young man whereas Duranty was a seasoned and cynical reporter with a considerable reputation to protect as the world’s leading journalistic authority on the Soviet Union. Duranty had earlier won a Pulitzer Prize for his coverage of the USSR and had developed close ties with the Kremlin. He led the efforts of the Moscow-based press corps to suppress news of the famine. “They all knew what was going on, but they refused to talk about it. They refused to touch it,” explained Chalupa.

Applebaum, whose book “Red Famine” is regarded as the most authoritative international account of the famine, added that Duranty “very carefully and systematically” covered up the truth of the mounting tragedy unfolding in Ukraine. Even after Jones’s own reports exposing the famine had appeared in the international press, Duranty “bent over backwards to dismiss it,” she noted.

For decades after the famine, the Soviet authorities maintained a policy of blanket censorship, refusing to allow any discussion of the subject while dismissing international attempts to expose the atrocity as anti-Soviet propaganda. Modern Russia has continued this tradition of denial, albeit in slightly moderated form. The Putin regime has acknowledged the existence of mass starvation, but has denounced independent Ukraine’s recognition of the famine as an act of genocide, and has fought Kyiv’s efforts to raise international awareness.

According to Holland, the only negative responses she encountered during screenings of the film at international film festivals came from Russian journalists and Russian movie critics. “They said the film was a lie and the famine was just a famine,” recalled the director. Unsurprisingly, perhaps, Russian audiences will not have an opportunity to judge the movie for themselves. No Russian film distributors bought the rights to screen Mr. Jones in Russia.

Russia’s ongoing hostility to recognition of the famine as a crime against humanity reflects the Kremlin’s desire to tone down denunciations of Stalin and rehabilitate the entire Soviet era. Following the humiliations of the early post-Soviet years, Vladimir Putin has sought to rebuild Russian national pride by focusing attention on the prominent Soviet role in the defeat of Nazi Germany, while at the same time minimizing references to the horrors of the Stalinist regime. The anti-Ukrainian character of the famine creates additional difficulties as it alienates modern Ukrainians from the shared Soviet past and complicates Russian efforts to return the country to the Kremlin orbit.

Holland shared another anecdote from her recent tour of the international film festival circuit that underlined the extent to which Soviet propaganda was able to suppress awareness of the famine. Following a screening of Mr. Jones at the Haifa Film Festival in Israel, she recalled how she was approached by some former Soviet citizens who had grown up in the USSR and yet were genuinely shocked by the events depicted in her movie. “They simply did not know the truth about the famine,” she reflected. Holland saw this as further evidence of the “geology of lies” constructed by the Soviet regime and maintained by today’s Russian authorities. She hopes her new film will help highlight the dangers of distorting the past.

At stake is much more than historical justice. Efforts to raise international awareness about the famine also have very real contemporary geopolitical implications. The Kremlin’s ongoing hybrid war against Ukraine relies heavily on the manipulation of history and outside ignorance of prior Russian efforts to suppress Ukraine’s statehood ambitions. As a landmark event in this long struggle, the engineered famine of the early 1930s provides vital context for the current Russo-Ukrainian conflict.

Perhaps most important of all, the story of the famine is a reminder that today’s Russian troll factories are nothing new. Disinformation has always played a major role in international affairs, and the Kremlin has traditionally been among the most innovative and audacious practitioners of this dark art. Indeed, Moscow’s attempts to hide the truth about the famine in Ukraine must rank among the most successful examples of “fake news” in modern history.

Ukrainians have been fighting for almost a century to tell the world about Stalin’s famine. The appearance of a high-profile movie like Mr. Jones provides a welcome and long overdue boost to these efforts. However, the fact that a crime of such staggering proportions remains so relatively unknown is testament to the enduring power of Soviet censorship and Kremlin disinformation.