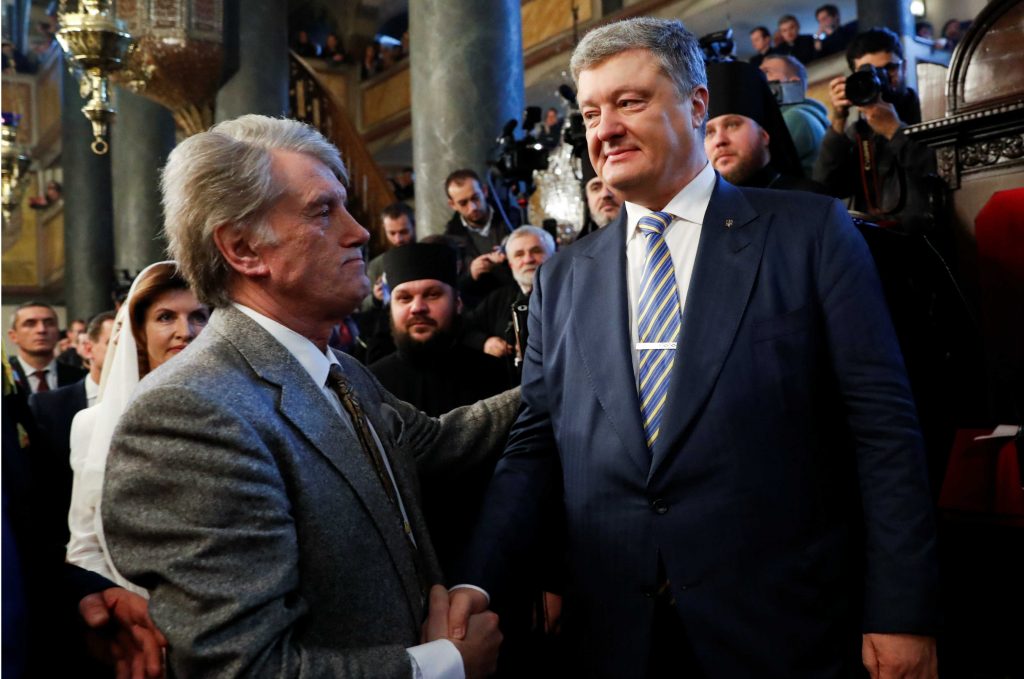 On April 14, 2018, 268 deputies in the Ukrainian parliament voted to appeal to Constantinople to grant autocephaly, or independence, to the Orthodox church. Less than a year later on January 5, Constantinople Patriarch Bartholomew signed the official document known as the tomos that created a Ukrainian Orthodox Church independent of Russia. Today, on Christmas Eve according to the old Julian calendar, the tomos was transferred to Ukrainian President Petro Poroshenko.

This event has major ramifications for Ukraine’s upcoming elections, the Orthodox world, relations with Russia, and geopolitics.

First, elections. The main beneficiary of the tomos is Poroshenko. He has moved into second place in the polls, which means he is likely to face former Prime Minister Yulia Tymoshenko in the second round of the presidential election in April. Ukrainians named Poroshenko as politician of the year and the creation of an independent Ukrainian Orthodox Church as the most important event of 2018.

It would be wrong to dismiss the push to free Ukraine’s church as a pure election ploy. Negotiations for autocephaly began under President Viktor Yushchenko (2005-2010). As Rostyslav Pavlenko, who served as Poroshenko’s deputy head of the presidential administration for humanitarian and societal issues and was the point man on the issue until recently, observed, “This slow but steady implementation is the result of the invisible preparatory work spanning years before April 2018.” Of Ukraine’s five presidents, only pro-Russian Viktor Yanukovych (2010-2014) never supported autocephaly.

Third, relations with Russia. These are continuing to deteriorate as seen in Russia’s naval piracy in the Black and Azov Seas. But, the tomos cannot be halted by the threat of a Russian invasion of Ukraine.

A conversation with Patriarch Filaret

The Kremlin has long used the Russian Orthodox Church as an instrument of influence in Ukraine. To combat this, the Ukrainian Orthodox Church (Kyiv Patriarchate) has been seeking to establish autocephaly, or official independence, from the Patriarch of Constantinople. Recent statements both from Kyiv and Constantinople suggest that the prospects for granting autocephaly are growing. […]

Fourth, geopolitics. The tomos and Ukraine’s departure from the Russian world reconfigure Eastern Europe’s geopolitical map, which was created in the seventeenth and eighteenth centuries when Muscovy transformed into the Russian Empire over three stages.

In 1654, Ukraine and Muscovy signed the Treaty of Pereyaslav, which has always been viewed by Russian and Soviet leaders and historians as a “reunion” and by Ukrainians as a tactical military alliance against Poland. Crimea was transferred to Soviet Ukraine during the 1954 Soviet commemoration of the 300th anniversary of the Pereyaslav Treaty. In annexing Crimea, Russia effectively ripped up the Treaty of Pereyaslav.

In 1709, the Swedish-Ukrainian alliance was defeated by Muscovy leading to its transformation into the Russian Empire in 1721. With opinion polls showing two-thirds to three-quarters of Ukrainians viewing Russian leaders, Russia’s political system, and Russian policies toward Ukraine in highly negative terms, there is no likelihood of Ukraine moving away from its European path. Ukraine, the largest country in the EU’s Eastern Partnership, sees itself as irreversibly part of Europe. Ukraine’s new Orthodox Church will be pro-European and will not subscribe to the Russian Orthodox Church’s anti-Western xenophobia.

In 1991, Ukraine declared independence from the USSR and in 2018 from the Russian world. Ukraine has chosen Europe over the Russian world. New Europe, lying between NATO and the EU’s eastern frontier and Russia, has been geopolitically reconfigured to what the region resembled prior to Muscovy’s expansion westwards in the seventeenth and eighteenth centuries.

Ukraine’s independence from Russia is Kyiv’s ultimate answer to Putin’s unprovoked imperialism and military aggression. If Mikhail Gorbachev lost the USSR, Putin will go down in history as having “lost Ukraine” for good. As Patriarch Barthomelew put it, a new page in Ukraine’s history has been opened, and it will forever be part of Europe.